Are We Looking At A Changed US Stand On Kashmir? 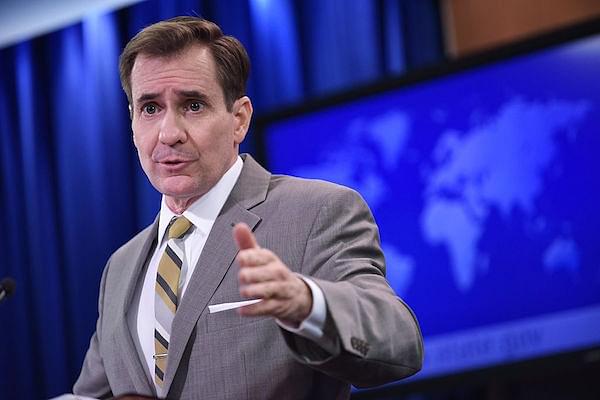 The rather disturbing happenings in Kashmir in the aftermath of the killing of Hizb-ul-Mujahideen Commander Burhan Wani, in the Kokarnag area of South Kashmir last Friday, has evoked a response from the United States (US) which could be termed as inspiring.

The US State Department Spokesperson John Kirby on 12 July ruled out any possibility of the US directly interfering in the internal affairs of India, and without mincing words said Jammu and Kashmir (J&K) was India’s internal matter.

“(Jammu &) Kashmir is an internal matter of India…We have seen reports of the clashes between protestors and Indian forces in Kashmir, and are concerned by the violence. We encourage all sides to make efforts towards finding a peaceful resolution,” said the US State Department spokesperson in Washington while responding to reports of clashes between Kashmiri protestors and the Indian forces.

The statement came on the day Pakistan Foreign Secretary Aizaz Ahmad Chaudhry asked the five permanent United Nations Security Council members to take notice of the tense situation in Kashmir, briefed the envoys of France, China, the US and the UK at Islamabad, and rejected the Indian claim that Kashmir was its internal issue.

Prime Minister Nawaz Sharif’s office issued an almost similar statement and, like the Pakistan Foreign Office, batted for the implementation of the UN resolutions on J&K.

What John Kirby said is very significant, considering the track record of the US on its stand on the political status of J&K vis-à-vis India. In the past, the US considered J&K a bilateral issue between India and Pakistan, and on occasions also advised New Delhi to ensure that human rights were not violated in Kashmir.

On 16 January 2016, the US had urged both India and Pakistan to sit across the table to discuss all issues, including the scourge of terrorism and the 2 January terror attack on the strategic Pathankot Airbase. “We want them (India and Pakistan) to continue to have a dialogue and to continue to look for ways to cooperate against a common threat,” John Kirby had told reporters (IANS).

Again, on 3 March this year, the US had stressed on the need for a meaningful dialogue between Pakistan and India for the peaceful resolution of all outstanding issues, including Kashmir. The US State Department issued a formal statement after the dialogue in Washington, which was co-chaired by US Secretary of State John Kerry and Pakistan Prime Minister’s Adviser on Foreign Affairs, Sartaj Aziz (agencies). The US that day was very appreciative of Pakistan. The statement of the US State Department in this regard read:

Noting the steps taken by Pakistan to date, including the detention of Jaish-e-Mohammad (JeM) leader Maulana Masood Azhar, the US appreciated PM Nawaz’s stated commitment to take prompt and decisive action on this investigation and to bring the perpetrators of the January 2, 2016 attack on the Pathankot air base to justice.

One can catalogue here any number of statements given by the US State Department which in the past clearly suggested that the US considered J&K a bilateral issue in need of a resolution. It was only natural that many New Delhi-based experts didn’t appreciate the American line on this matter and cautioned the South Block again and again that it would not be wise to depend wholly and solely on the US. They argued that it would be politically and diplomatically prudent for New Delhi to evolve its own foreign policy vis-à-vis Pakistan that not only isolated Islamabad and called its bluff but also convinced the international community that J&K was a settled issue, with the only pending issue being the determination of the political status of Pakistan-occupied J&K and Gilgit-Baltistan. Pakistan had annexed these regions back in 1947-1948.

Essentially, the bulk of experts in the country were critical of New Delhi’s over-dependence on the US, and they were in favour of the adoption of a foreign policy vis-à-vis Pakistan and other nations that was guided solely by the geo-political and economic interests of India than the interests of other countries.

However, the latest statement of the US State Department has surprised and inspired the bleeding Indian nation. The reasons are not far to seek; the most important reason was the conspicuous absence of any reference to Pakistan or the alleged human rights violations in the restive Kashmir in the US State Department’s 12 July statement.

It could be construed as a diplomatic triumph of India and a humiliating defeat of the aggressor Pakistan. The latter had unleashed a no-holds-barred propaganda blitz in the US to tarnish India’s image and convince the US lawmakers that J&K was a disputed region and that the Indian security forces were violating the human rights of those in Kashmir who were fighting for the right to self-determination. It had also tried to induce Washington to mediate between India and Pakistan.

However, to say all this is not to suggest that India should take the latest statement of the US State Department to mean a complete shift in the US policy towards Pakistan and the Indian J&K. I only suggest that this is a meaningful shift in American policy, but we have to see if the US sticks to what it said on 12 July. Only time will tell.