Article 35-A: A Law That Failed Women, SCs, and Gorkhas Of J&K 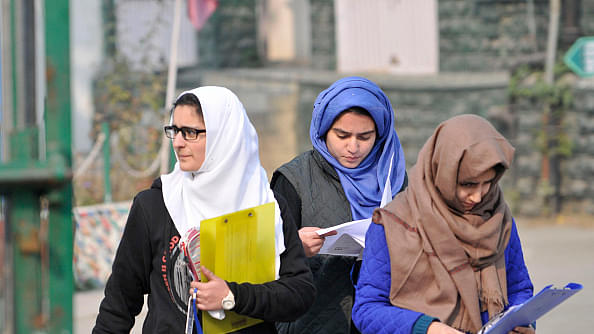 No amendment in the Constitution can be effected without a parliamentary procedure outlined in Article 368. Article 35-A was never presented before the Parliament of India. Unlike other amendments, it appears in the Constitution as an appendix and not as a part of the list of amendments. Article 35-A has discriminated against some permanent residents of J&K instead of protecting, and/or providing special privileges to them.

The worst sufferers amongst those discriminated against, are the women.

Backed by Article 35-A ,the state legislature, has the right to not only define the term “permanent residents”, but also to alter the definition.

Up to 2002, the Revenue Department was issuing Permanent Resident Certificates (PRCs) to the female residents of Jammu J&K with the endorsement ‘valid till marriage’.

Despite the clear judgement handed down by the High Court and the legal position it had taken, a committee was constituted in 2016 by the state Revenue Department to deliberate on a matter which has already been settled. And the central government cannot intervene, thanks to Article 35-A.

If A Woman Marries Someone From Outside The State:

When women belonging to Jammu-Kashmir marry outsiders, they cannot settle in the state even if the circumstances so demand. When a man from another state marries a J&K woman, he is not entitled to get a PRC, and hence none of the associated benefits. This means he cannot buy land, cannot apply for a government job and his children cannot study in state-run professional colleges and institutes.

This means if a woman marries outside the state, she is virtually forced to leave the state and settle elsewhere. Earlier, such women completely lost the ‘permanent resident status’, and still her offspring and spouses don’t get PRC. This is not the case however if the resident involved is male.

Now The Questions Are:

1. When the permanent resident law is gender neutral, why are women being discriminated against?

2. Are there any separate laws for male permanent residents?

3. Whether Article 35-A was introduced to protect permanent residents or to discriminate against them?

4. Is it not a violation of human rights?

A depressing story is that of safai karamcharis (sweepers) in Jammu and Kashmir. In 1957, around 200 Valmiki families were brought from Punjab to J&K specifically to be employed as safai karamcharis. These families agreed to work in the state after being promised that the ‘permanent resident’ clause would be relaxed in their favour. After a lapse of five decades, the strength of each family has increased and the number of employees has gone up. However, their plight is that they are ‘permanent residents’ of Jammu and Kashmir only to the extent of being safai karamcharis.

Their children, who are graduates, are not eligible to apply for government jobs. The educated youths of the Valmiki families are only eligible to be appointed as safai karamcharis. The colony that was allotted to safai karamcharis to live in (Valmiki Colony, Gandhi Nagar, Jammu) has not been regularised till date.

The questions that arise are: are these the standards of human rights being claimed? Don’t these people and their children have the right to grow and develop?

Gorkhas were employed in all the ranks of the army of Maharaja Ranjeet Singh and then Maharaja Gulab Singh. Their families settled in Jammu and Kashmir more than 200 years ago, and number about 1 lakh. They are not granted PRC on illogical grounds. This is again due to Article 35-A, which gives the state government a free hand to discriminate between even the permanent residents of state.

Now the point is that if Article 35-A was enacted to protect the rights of permanent residents of Jammu and Kashmir then why are women, Valmikis and Gorkhas discriminated against?