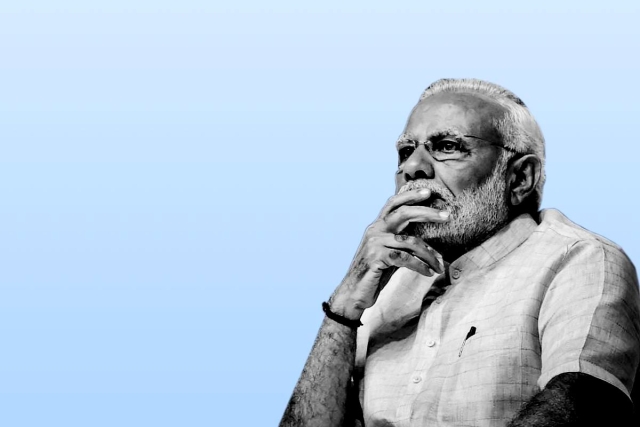 Yesterday, the monsoon session of the Parliament came to a close and both the Houses were adjourned sine die, eight days before the schedule because of the ongoing Coronavirus pandemic.

This is the second session to have been cut short due to Covid-19. Earlier, the Budget session was also curtailed on 23 March, a day before national lockdown was announced by Prime Minister Narendra Modi.

Nonetheless, this session was historic in many ways. Despite being in session for fewer days, Lok Sabha worked for 145 per cent of the scheduled time. The same figure for Rajya Sabha stood at 99 per cent. Basically, both the houses worked overtime. In all, 27 bills were passed, 22 of which were introduced in this session alone.

But we know it’s not the numbers that count but the type of legislation one is pushing successfully. In that regard, the government as well as the policy pundits both agree on one thing - that this session was historic. The opposition would concur at least on the impact of this session even if not on the content of the laws passed, which is only but natural.

But it’s not this session alone that’s historic. If anything, each session of the Parliament after Narendra Modi’s re-election in 2019 general polls has been historic, packed with significant legislative agenda effecting changes in the economy and society. This is in stark contrast to the second term of the Congress-led United Progressive Alliance government a decade ago.

As the corruption allegations against the then administration piled up, Parliament became a battleground for the opposition to mount attacks on the government. Between 2009-2014, the UPA slipped into policy paralysis and both the Houses of Parliament were giving serious competition to the US Congress in getting the title of ‘Do Nothing’ legislature.

While the Congress’ pet socialists and secularist laws or policies were passed mostly in its first term, things didn’t go so smoothly for the BJP in its first five years in the government. Many reforms it wanted to bring - such as changes in the land acquisition act, Judicial appointments commission, labour laws, agriculture reforms, etc - were scuttled by lack of numbers in the Rajya Sabha and the opposition’s rhetoric of painting the Modi’s government as ‘Suit Boot ki Sarkar”.

But the BJP’s second term is remarkably different. PM Modi seems to be in ‘take no prisoners’ mood and has no intention of giving into the opposition's bullying tactics. The government, it appears, wants to beat the sheen out of the word ‘historic’ by making one parliament session more impactful than the preceding one.

Take the first Parliament session convened after 2019 general elections. As many as 30 bills were passed. The government displayed great audacity in revoking Article 370 from the erstwhile state of Jammu and Kashmir and partitioning the border area into two separate Union Territories. It passed a law banning instant Triple Talaq which was earlier only done via an ordinance. The government brought a bill to set up a new National Medical Commission to replace the archaic and corrupt Medical Council of India. Medical education system saw liberalisation for the first time in decades. A new motor vehicles amendment bill was passed which greatly increased fines for road violations.

The second one, the winter session, was held just when the Supreme Court had pronounced its verdict on the Ram Janmabhoomi land dispute. The government followed it up by passing the Citizenship Amendment Act which rattled the opposition and certain sections no end. Soon after the session came to end, Muslim mobs started rioting and arsoning throughout the country, wherever the community was present in significant numbers. The events precipitated by scaremongering and motivated agenda would finally culminate in Delhi Riots in late February.

Another important legislation that was passed in this session was The Transgender Persons (Protection of Rights) Bill, 2019 which paved the way to protect the rights of transgender persons and to provide for their welfare.

The third session of the second term was the budget session. Most of the time was consumed in debating and discussing the Finance Bill, 2020. No other significant legislative business was carried out and the session had to be cut short due to the Coronavirus pandemic.

The latest Monsoon session, which concluded yesterday, was packed with consequential reforms. The farm sector stands completely liberalised by passage of three laws which will a) facilitate trade of farm produce outside the limits of APMC mandis, b) allow contract farming across the country and c) remove many agri products from the Essential Commodities list which unfairly put the interests of the consumers above those of the farmers.

Apart from opening up the farm sector, the government passed three laws related to labour codes which now allow more freedom to firms to hire and fire. More importantly, scores of laws have been rationalised and put into four codes, which will make future amendments to labour laws an easier exercise.

And the contentious Foreign Contributions (Regulation) Act, 2010 has been amended which will go a long way in checking the rise of noxious NGOs which indulged in harmful activism in the name of charity using foreign money.

The fact that session after session is being termed as historic speaks volumes about the government’s resolve to restore the functioning of the Parliament.

In the run up to 2014 general elections, intellectuals like Arun Shourie were advising the BJP top brass to prepare a list of reforms that the government can push without the Parliament as he feared the Congress-led opposition wouldn’t let the new government get anything done. He was right. In that light, from policy paralysis to raining reforms, Indian Parliament has indeed come a long way.