As BJP’s Lok Sabha Numbers Slide To 272, Real Challenge Is Not Survival, But Building The Next Coalition 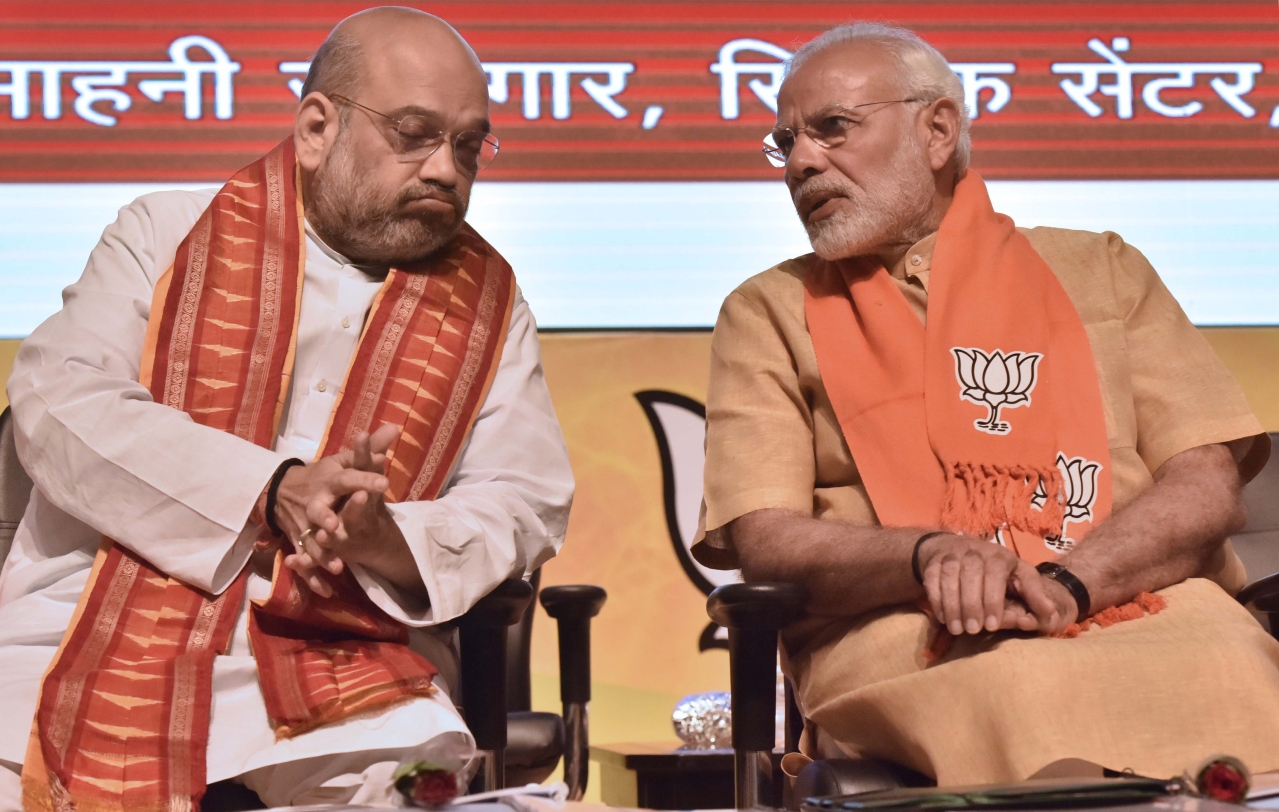 The Bharatiya Janata Party’s (BJP’s) parliamentary majority is currently precariously perched at the midway mark of 272 after the resignation of B S Yeddyurappa and B Sriramulu, who won MLA seats in the recent Karnataka assembly elections. With two more BJP MPs – Kirti Azad and Shatrughan Sinha – no longer dependable (Azad has been suspended for hurling accusations against Arun Jaitley in the DDCA scam, while Sinha has been disgruntled with the party bosses for as long as one can remember – the actual BJP strength may well be below 272, unless the party manages to recoup some seats in the Kairana and Palghar Lok Sabha byelections on 28 May.

To be sure, the majority number in Parliament is a moving target, with five YSR Congress MPs sending in their resignations to the Speaker last month for the centre’s failure to give Andhra Pradesh special category status. These could be accepted any time now. With at least two former YSR Congress MPs – Butta Renuka and SPY Reddy joining the Telugu Desam – at any stage the Speaker could disqualify them for defection. Any seat vacated by 3 June will call for byelections. Resignations after that don’t require bypolls.

With seven MPs down, at least for a few months till byelections take place to find replacements, the effective majority point moves to 264. Or thereabouts. Which should be comfortable enough for the BJP to weather the monsoon session.

But new challenges loom, as byelections to the seats vacated by Yeddyurappa, Sriramulu and the YSR MPs will have to be held over the next few months – possibly latest by August-September. The last thing the BJP needs is more electoral embarrassments before the winter session of Parliament, which will come close to the Rajasthan, Madhya Pradesh and Chhattisgarh assembly elections, where the party faces anti-incumbency sentiments.

To be sure, the National Democratic Alliance (NDA) ministry will not be under any kind of threat, even assuming the Shiv Sena leaves its side before 2019, in any no-trust vote, as long as smaller parties like the Akali Dal, LJP, Janata Dal (United), Apna Dal, and the Rashtriya Lok Samata Party stay with it.

The issue is not survival, but building the next coalition to take on an opposition that is rapidly closing ranks to take on Narendra Modi.

In this context, the party should give first priority to mending fences with the Shiv Sena. While the Sena is a declining force and giving it more seats may actually reduce the NDA’s overall tally by one or two seats, keeping it in the coalition would send a good signal to potential allies, and also save it some blushes if a single party majority in 2019 proves elusive.

In Telangana, the BJP could explore alliances with the new Telangana Jana Samithi, whose leader M Kodandaram was head of the Joint Action Committee to realise a separate state of Telangana.

In Tamil Nadu, the BJP could explore alliances with the rump AIADMK, and possibly the party to be formed by actor Rajinikanth. In Andhra Pradesh, the BJP has the option of tying up with either of the two key parties, Telugu Desam or YSR Congress, depending on who wins in 2019. No alliance is possible in Odisha, but aligning with the Biju Janata Dal is not ruled out post-poll in case the BJP fails to win extra seats in the state. In West Bengal, it can obviously tie up with a party in Darjeeling, but any promise of a separate state will cost it big in the state, where it hopes to gain a few more seats at Mamata Banerjee’s expense.

The BJP also needs to hold on to its smaller partners in Bihar and UP, apart from Maharashtra, Assam, Jharkhand and the north-east.

Where the BJP may not find an ally is Jammu & Kashmir, where its best bet is to exit the coalition with Mehbooba Mufti and recover what credibility it has in Jammu and Ladakh regions.

In Punjab, the Akali alliance will hold, and this needs to be nurtured.

The challenge for the BJP is not retaining power till May 2019, but seeking to build the next majority to take on the unified opposition in many states. In 2019, the NDA will be as crucial as obtaining a majority on its own.

2019 is a must-win election for Modi. Not because a spell in the opposition won’t do it good, but because that is when the reforms implemented by the NDA will start to pay off. It would be a pity if Modi were to face the same fate as Atal Behari Vajpayee, where the benefits of the latter’s hard-fought-for reforms were reaped by the United Progressive Alliance after an unexpected defeat in 2004.