As Madhya Pradesh Gets Ready To Vote, Here Are 15 Data Points You Should Look At 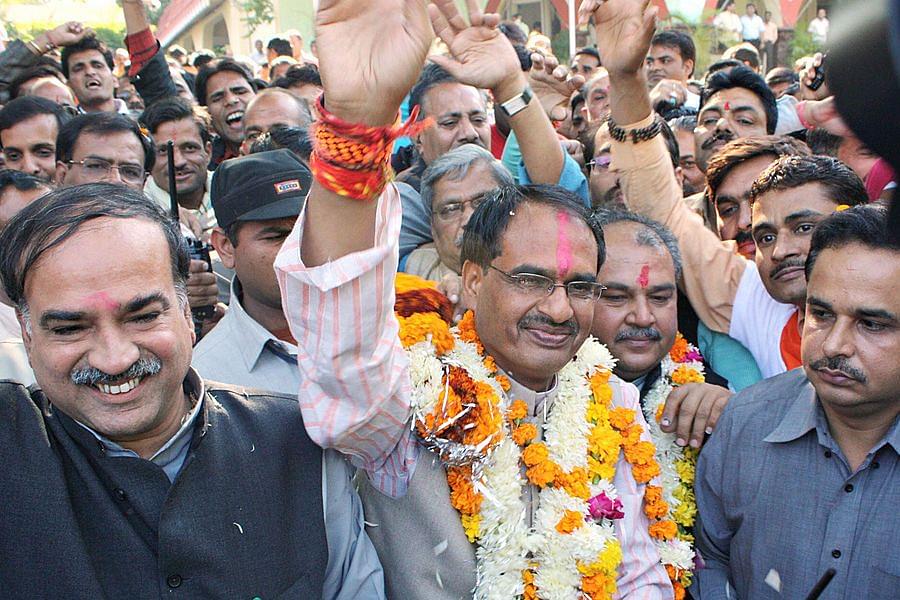 With Madhya Pradesh going to the polls in two days (28 November), let’s look at few data points which could play a key role in the election results.

After the bifurcation of Madhya Pradesh and creation of Chhattisgarh, the first elections were held in 2003. The Bharatiya Janata Party (BJP) handsomely defeated the Indian National Congress (INC) which had been ruling the state for a decade. For the past 15 years, the BJP is the dominating force in the state’s politics. In 2003, the BJP bagged 173 seats which fell to 143 in 2008 as Uma Bharati (ex-CM) left the party and formed Bharatiya Jan Shakti Party. In 2013, the party won a two-third majority riding on Shivraj Singh Chouhan factor and a ghar wapsi by Uma Bharti. Bahujan Samaj Party (BSP) has failed to emerge as a strong third force in the state.

Both BJP and the Congress have been gaining vote share in the state at the expense of ‘others’. Independent and others vote share has nosedived from 22.1 per cent in 1980 to 12.5 per cent in 2013. BSP’s vote share on the other hand has remained more in the 7 per cent to 9 per cent range. In 2008, the reason behind the decline in BJP’s vote share was withdrawal of Uma Bharti who recorded a vote share of 4.7 per cent.

Caste is an important element, it determines how people vote and in turn the election result. Upper caste accounts for 22 per cent, Other Backward Class (OBC) 33 per cent and Scheduled Caste/Scheduled Tribes (SC/ST) 37 per cent of the population. Each party is attempting to form the perfect cast alliance on each seat. Many caste blocks are antagonistic towards each other, like Brahmins and Rajputs, and may not vote together. The population of Muslims is just 6 per cent and hence they do not play major role in MP elections.

In line with the BJP’s hattrick of victories, majority of the reserved seats are held by the party. There are 35 seats reserved for SC category and 47 for ST, totalling 82 out of 230 seats in the assembly. The Congress tally has improved in the reserved seats over the years, gains mainly from others and then BJP. BJP, in 2013 scored 47.3 per cent vote share in SC seats and 42.6 per cent in ST seats. NOTA (non of the above) vote for both the categories were 1.9 and 3.1 per cent respectively, higher than the state average.

Upper caste and OBC have remained the prominent vote bank of the BJP whereas SC and ST are traditional voters for the Congress, but which shifted to the BJP in the 2013 elections. Congress is ahead only among Muslim voters. Here also BJP received good support, much higher than other states.

BJP’s victory in 2013 was very comfortable. On 122/165 seats, its victory margin was more than 10,000 votes, which is considered very high for assembly elections. On 27 seats, elections were close (victory margin <3,000 votes). BJP won 15 and Congress nine of these seats. BSP’s and Others’ average margin of victory was lower than the state average, indicating they mostly encountered tough contests.

Madhya Pradesh registered 72 per cent turnout during the 2013 elections. All regions witnessed an increase due to increasing awareness levels and campaigns run by the Election Commission. BJP’s performance was best in Mahakoshal which registered the highest turnout of 77 per cent.

BJP is the strongest in central India and weakest in the Vindhya region. Congress’ best performance was in Malwa Nimad. It gave a tough fight to BJP in Gwalior Chambal, Mahakoshal and Vindhya. If BSP and Congress had formed an alliance and contested together, they would have been ahead in three regions.

The so called ‘Modi wave’ has worked favourably for gathering votes for the BJP in various states. However, in MP, the ‘mama’ factor is stronger than Modi. In 2013 assembly polls, the Modi factor could garner only 15 per cent votes in the state compared to 27 per cent nationally.

In 2013, price rise and employment were major issues in Madhya Pradesh scoring 20 per cent and 11 per cent respectively. According to India Today Political Stock Exchange survey report of 2018, unemployment with 47 per cent and agri distress with 45 per cent have been stated as prominent issues of 2018 elections by respondents. According to Swacch Bharat rankings, Indore and Bhopal are the top two cleanest cities of India, however, cleanliness is still a big issue with 40 per cent.

BJP scored its best in 2013 in Malwa region bagging 55 out of 65 seats. Its second-best performance was in central India where it won 32 out of 39 seats. Congress party’s highest tally was registered in Mahakoshal and Vindhya (12 each).

Madhya Pradesh is divided into six regions under which various district fall as follows:

Various agencies are conducting political surveys predicting who will be in power in 2018. If we believe these surveys then BJP will win 117 seats whereas Congress, 103. BJP is expected to record its fourth consecutive victory in the state.

A cracker of an elections on the cards, may the best man win….

With inputs from Pankhuri Agarwal