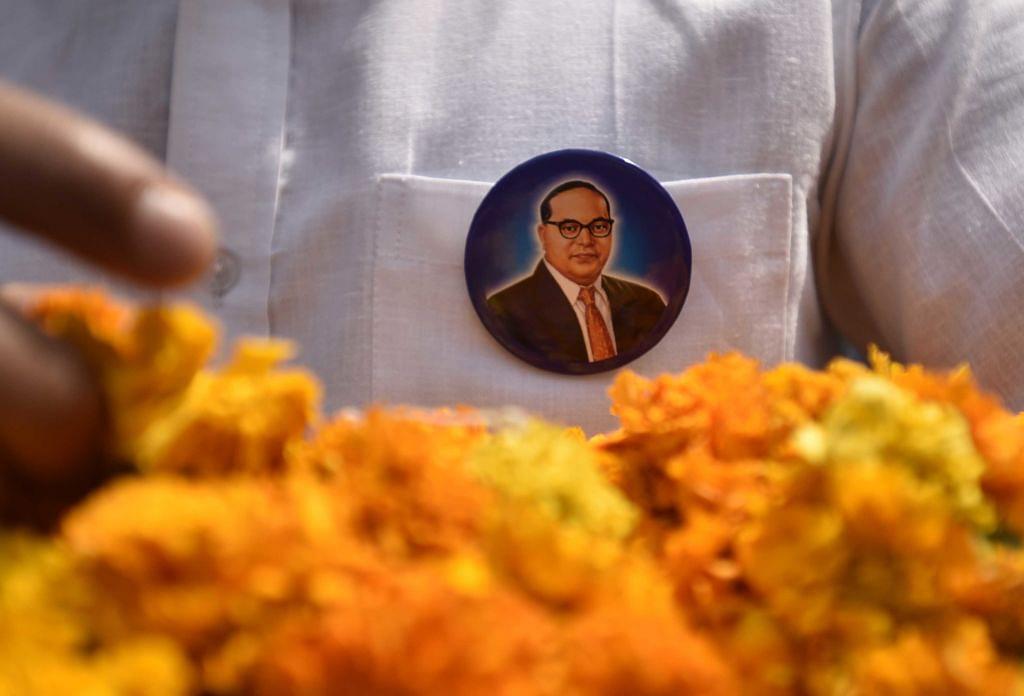 As we race towards the close of the second decade of the 21st century, we are witness to the massive realignment of the socio-political forces in the country. As economic growth of the post-reform India causes not only structural transformation of the economic structure but also a deep churning in the society, old political certainties are breaking down and new socio-political dynamics are emerging.

One of the most significant transformations relates to the Dalit politics and the Dalit discourse in the 21st century. Dalit assertion and discourse have a long history spanning millennia when it took the form of various socio-religious movements aiming to reshape the society on the lines of liberty and equality. But the Dalit politics as an autonomous entity begins mainly in the 20th CE when Indian sub-continent came into contact with capitalism and modern market structures and the colonial modernity. The growth of capitalist relations, however limited due to constraints imposed by the colonial rule, directly undermined the socio-economic structures upon which rested the exploitative caste-system of hierarchy and discrimination. It is not a surprise that the areas which saw the strongest Dalit assertion and became the locus of the Dalit politics were among the first to come into contact with the modern capitalist economy be it Bombay (Mumbai), Madras (Chennai) or Western Uttar Pradesh.

The Dalit discourse from the beginning focused on the immediate problems facing the community ie of untouchability, exclusion and caste-based discrimination. Consequently, two issues came to dominate the Dalit political discourse. One is of ‘identity’, which attempted to recast the identity of various Dalit castes to wash away the stigma associated with it by deconstructing the structural and systematic humiliation and to mobilise them as a socio-political community. Second, is “reservation”, which is a form of affirmative action and aims at providing representation in educational institutes, legislatures and bureaucracy as both Indian democracy and nationalism are deemed hallow without it.

The central problem in the Dalit discourse is, to put it simply, “how to create a post-caste society where caste ceases to be the defining factor of social, political and economic interactions between individuals?”

The important point about the Dalit discourse and politics in post-Independence India is that it has been driven primarily by the educated class, however small, among the Dalit castes. Its base lies mainly in the middle class created by the safeguards and opportunities provided by the reservation system, which not only forced open the doors of the education for the Dalits and also a non-traditional employment profile for them. But the actual social and economic capital with the Dalits was too small for them to assert themselves in the political dynamics of India.

Of late, the Dalit discourse and politics (and there is a close relation between the two, for Dalit movements have from the very beginning spawned a rich and vibrant literature) are undergoing significant changes, the most important among them is the unmistakable right-ward shift among the Dalit youth. The other change is the assertion of the heterogeneity of the Dalit aspirations of different Dalit caste driven primarily by the castes which have so far remained on the margins of the gains from the Dalit movements. It is important to understand the main reasons behind this shift to understand its future trajectory and ramifications.

The economic reforms have created a new middle class among the Dalits, different from the old middle class composed of those belonging to the government services. The dismantling of the oppressive socialist policies inherited from the Nehruvian era, opened up vast avenues for the Dalits for entrepreneurship. The growth of modern private sector and the higher economic growth have provided a lot of Dalit youths an alternate avenue of employment and a route to the middle class. Before 1990s, it was rare to find any big Dalit businessman or a millionaire. The urban middle class almost exclusively constituted of the Savarna castes with a sprinkling of some other backward class (OBC) castes.

Economic transformation and the relative improvement in the economic status and the acquisition of political power by OBCs and Dalits under the banner of Lohiaite and Ambedkarite politics also meant that old form of oppression became obsolete to a large extent. In the urban areas the distance between the forward castes, backward castes and the Dalits have also shrunk. The increase in interaction not only in the public places but also private places of the middle and lower-middle class of cities and towns of India meant that last two decades have seen the rise of a ‘new class of Hindu castes’, with shared experiences, similar aspirations and increasingly similar worldview as the old caste antagonism diluted if not dissipated. Dalit youth belonging to this class, often more educated than ever, not dependent of the government jobs alone, with middle class consciousness are the ones who are tilting towards the nationalist politics. The agenda of development or vikas resonates with them as naturally as to any other similarly placed population group.

What is striking is the sheer magnitude of aspirations and ambition among the Dalit youth today. They are no longer demanding symbolic representation in the political parties and government, they want share in the real power. They are not content with being president of the scheduled caste/scheduled tribe morcha of the political parties or just a member of Parliament or member of legislative assembly or social justice minister, but want the seat at the high table where actual decision making power rests. This means that the symbolic politics practised by the Congress is passé.

And there is a historical context to it as Dalits were up until very recently denied by the traditional rules and caste oppression to accumulate wealth, wear good cloths or jewellery. Those who dared to defy it faced the brunt of the caste-violence. Remember Mayawati famously wearing the diamond sets on her birthdays? She was a target of ridicule by the media and her opponents but few understood her sharp skill of political communication. She was signalling to her core constituency of Dalits that it is possible to belong to a Dalit caste and yet don jewellery like women of savarna caste, nay even better than them! Dalit ki beti, heero ka haar (daughter of Dalit donning diamond set) had very different connotations for Dalits masses back than when it wasn’t possible for most of them even to sport simple good clothes or cheap jewellery.

In her, they saw the future, one of their own has done the unthinkable and does it openly despite all the ridicules and opposition. But now same Dalits ask why only Mayawati? Why not me? What’s stopping me from attaining the similar high-life? Ironically, this is also one of the reasons for the fall of Mayawati as a large number of Dalits came to the conclusion that her brand of politics can no longer help them to realise their dreams!

And now that the formal equality exists, availability of opportunities after the economic reforms has fired the zeal to attain material success just like those belonging to any other caste. Today, Dalit youth don’t want to be the cannon fodder of the ‘revolutions’ or the liberal virtue-signalling. For what has revolutions ever achieved for them? In revolutions power never goes to the downtrodden in whose name frenzy is whipped up. In revolutions, power always goes to those standing just behind the throne. Downtrodden remain wherever they are as the ensuing anarchy and violence destroy whatever they have been able to build or accumulate. They are back to the square one once again. This has been the story of the Dalits across all tribulations over the centuries.

There is an acute even if not often articulated distaste for anarchy among the Indians in general and Dalits in particular. Dalit youths prefer stability and opportunity of socio-economic mobility that such a stability provides. Here stability shouldn’t be confused with the status-quo, but in Indian context, it is this very stability which creates opportunity to challenge and change the status-quo. These aspirations have led to the phenomenal right-wards shift among the Dalit youth, effects of which are visible election after elections over the past couple of years.

The decades of reservations and later economic reforms of 1991 have created a large pool of second and third generation Dalits, who have very different world-view and aspirations than their parents. Some 10-15 years ago attaining a government job was the biggest dream of majority of the Dalits but today one can’t help but notice that there is a growing allure of the entrepreneurship and business among the Dalit youths. One reason it is happening is that a few thousand government jobs are not enough for the burgeoning numbers of educated and qualified Dalits.

The other reason is that this generation can afford to take the plunge, to take the risk which the earlier generations were not capable of. They were too fixated on safeguarding the fragile gains they had made. For them a stable quiet life progressing along a straight line was all that was desirable. But not so for the present generation, which has better resources to fall back upon. They are willing to take the entrepreneurial risks be it business or even in politics.

But there is a risk to this development as well. While the aspirations of Dalits youth have skyrocketed, the existing structures still are not conducive enough for them. Doors are yet to be thrown open fully. This creates resentment and disillusionment, which is turning to rage and destructive politics as can be seen from the case of Bhim Army or at various university campuses of late. This generation is far more confident, aspirational and capable than those who came before. Never before there were larger number of Dalit students in our schools and colleges. This has altered the very social composition of the education sector especially of the university campuses. And that is indeed creating frictions and tensions between the first generation learners in the institutes of higher education and the university administration, which is unequipped to deal with the new situation.

Today, this is creating space for yet another round of radical politics in the mould of not only ultra-left but even Islamist politics. There is an urgent need to defuse the situation before it takes its toll on the most promising generation of our youth, both the Dalits and non-Dalits. And this is where our greatest socio-political challenge will lie in the coming years.