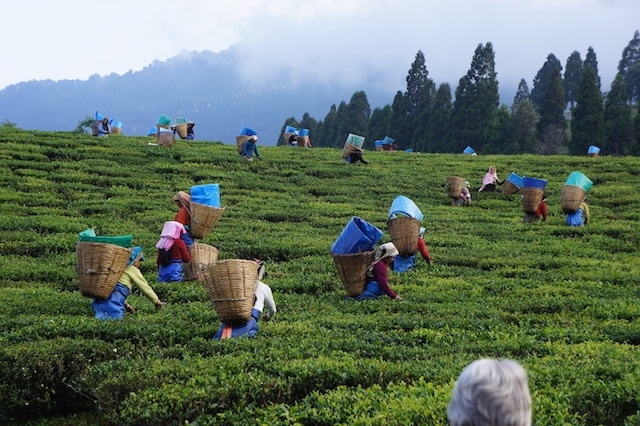 The BJP-led government in Assam is in the process of framing a population policy that will incorporate a set of rewards and punishments to check the ballooning growth in the population of the state, especially in the Muslim-majority areas. As expected, the draft policy, which proposes to debar persons having more than two children from government jobs, availing various state benefits and contesting local body elections, has triggered a storm of protest from Muslim groups and leaders.

The draft policy, framed by state Health Minister Himanta Biswa Sarma, will be presented in the Assembly in August. Sarma, who largely scripted the BJP’s spectacular victory in Assam last year, told Swarajya that the policy has been necessitated by the alarming increase in the state’s population, and the resulting demographic challenge that Assam faces. “Assam’s rate of population growth at 17.07 per cent is unsustainable. Our population density is more than the national average, our average family size (5.5) is above the national average, Assam tops the charts in under-five child mortality rate, about 90 per cent of families in the state earn less than Rs 5 lakh a year, and Assam is among the five lowest states in terms of gross domestic product (GDP) growth while our unemployment rate is also considerably higher than the national average. Thus, there exists the immediate need to curb population growth,” said Sarma.

The draft policy, which has been placed in public domain for feedback, proposes an effective system of incentives and disincentives. “The incentives and disincentives proposed in the draft policy are illustrative only. Once we study all the feedback received from the public and experts, we may consider more measures,”said Sarma. The draft policy says that people having more than two children will not only be debarred from government jobs, but will also be ineligible for employment generation and social welfare schemes, bank loans and many other benefits.

Government employees who violate the norm may face the sack. Also, people with more than two kids will not be able to contest panchayat and municipal polls or be elected or nominated to statutory bodies and committees. The draft policy also proposes to insert a ‘minimum educational qualification’ clause in the eligibility criterion for election to panchayats and urban local bodies.

The draft policy lists a set of incentives as well. A district or gram panchayat that exceeds targets set under the population policy would get additional grants and projects, while special awards would be instituted for districts and public healthcare units for innovative strategies and performance in population control. The draft policy proposes to earmark 10 per cent of the total allocation to panchayats for performance-based disbursements in the fields of reproductive health, child health services and female education. Self-help groups whose members have a maximum of two kids will be given special grants.

Sarma said that the state government will also enact legislative laws that stipulate the minimum age of marriage compulsory for availing government jobs and other facilities and benefits. The penal provisions for violating the legal age of marriage, foetal sex determination and other such violations will be made more stringent. Village heads will be awarded for good record-keeping of births and deaths in their villages while strict measures, including penalising defaulting schools, will be put in place for retention of girl students in schools. NGOs and religious leaders who advocate small families and contraception would be given awards and special facilities.

The draft population policy identifies riverine areas (which have a very high concentration of Muslims, many of Bangladeshi origin) which are socially and educationally backward and lack proper health care facilities for targeted interventions. The draft policy notes that “religious prejudices and conservative values against family planning is high among some communities” (read: Muslims) and that male sterilisation is culturally unacceptable among such communities.

Health minister Sarma explained that the next decade will be a defining one for Assam. “We are determined to achieve our primary goal of providing a high quality of life to our people with access to quality education, healthcare and employment opportunities. But Assam’s resources are limited and the burgeoning population is putting a severe strain on our natural resources and environment. So it is critical to curb Assam’s population growth,” said Sarma.

The goals of the draft population policy include making education compulsory for children under 14, 100 per cent immunisation, strict enforcement of the legal age of marriage, empowerment of women, free education for girls up to university level and introduction of population and sex education in school curriculum.

Many of these measures, like limiting the number of children to two, empowering women, sex education, compulsory education for all girls and use of contraceptives, has raised the hackles of a section of religious and political leaders. Badruddin Ajmal, leader of the All India United Democratic Front, has vowed to mount a legal challenge to such provisions once the policy is enacted. He and some Muslim religious leaders are strongly opposed to implementing the two-child norm. The Congress has also opposed the policy with former chief minister Tarun Gogoi questioning the need for a separate population policy for Assam.

According to the 2011 census, eleven Muslim-dominated districts of Assam-Dhubri, Morigaon, Goalpara, Darrang, Nagaon, Karimganj, Hailakandi, Barpeta, Bongaigaon, Cachar and Dhemaji-have recorded abnormally high population growth rates. Dhubri’s growth rate was 24.44 per cent (all India average was 17.7 per cent), Morigaon’s was 23.34 per cent, Goalpara recorded 22.64 per cent and Darrang 22.19 per cent. Experts say that continued influx of illegal migrants from Bangladesh, combined with the high birth rate among the immigrants, was responsible for this.

Assam’s delicate demographic balance has been severely threatened due to this, and the state is staring at myriad social, economic and political problems due to this threat. Hence, as the state health minister contends, the urgent need to control the burgeoning population growth in the immigrant population.