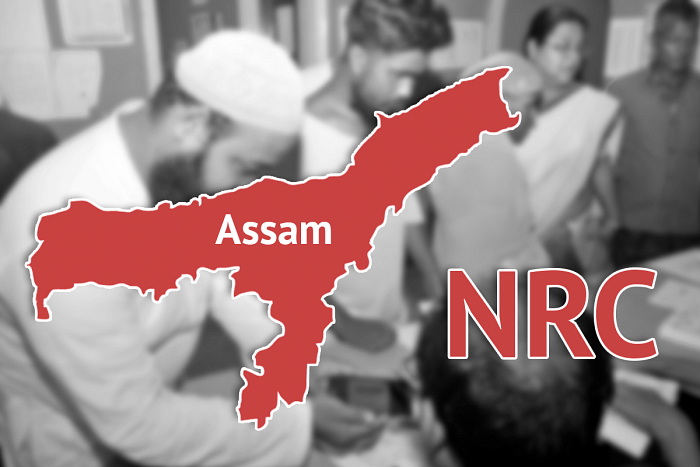 The passage of the Citizenship Amendment Act (CAA) in Parliament in mid-December triggered a systematic scaremongering over a yet-to-be-announced countrywide exercise to update the National Register of Citizens (NRC).

The scaremongers — large sections of the media, left-leaning academics, lawyers, intellectuals and public figures — have always cited the NRC fiasco in Assam to drive home the point that the whole exercise would be a pointless one that would result in millions of genuine Indian citizens being left out of the register.

They have also contended that like in Assam, a countrywide NRC updation exercise will severely inconvenience people, especially the poor, and will be a considerable drain on the country’s resources.

The scaremongers are right, but only partially.

Yes, the NRC updation exercise in Assam was a failure. The exercise did not achieve its stated objective of producing a register of genuine Indian citizens. It created a lot of suffering, especially for the poor.

Assam incurred an expenditure of about Rs 1,200 crore, and about 52,000 state government officials were involved in the exercise that commenced in 2015.

At the end of it, only 19.06 lakh people — most of them Bengali and Assamese Hindus, as well as tribals and other indigenous people of Assam — were excluded from the final NRC. And lakhs of suspected Bangladeshi-origin Muslim infiltrators managed to get themselves included in the register.

But it is the Congress, and the Congress alone, which is to blame for this monumental fiasco. The completely flawed NRC updation exercise had nothing to do with Bharatiya Janata Party (BJP) and the BJP has not been involved in it at all.

The NRC updation exercise was a promise made to the people of Assam in the Assam Accord vetted by the then prime minister Rajiv Gandhi in the 1980s. But successive Congress governments in Assam did nothing to implement the promise.

A few organisations filed petitions in the Supreme Court seeking directives to the Assam government to start the NRC updation exercise. In 2013, Justice Ranjan Gogoi ordered the state government to do so.

Incidentally, Justice Gogoi’s father Keshab Chandra Gogoi, a veteran Congress leader, was chief minister of Assam for a short period for 66 days in 1982 when Assam was in turmoil due to the anti-foreigners’ Assam agitation. This six-year long agitation ended in 1985 with the signing of the Assam Accord.

The Congress government in Assam under Chief Minister Tarun Gogoi started framing the procedures and rules for the updation exercise in 2013, and the whole exercise started soon after.

The BJP, which has firmly disowned the NRC updation exercise in Assam, has been saying that the rules and procedures for the exercise framed by the Congress were flawed and designed to help illegal Bangladeshi Muslims get their names in the updated NRC.

When the BJP came to power in Assam in April 2016, it tried to intervene and set things right. However, its efforts were thwarted by the Supreme Court’s Chief Justice Ranjan Gogoi, who barred the state government from interfering in the exercise.

CJI Gogoi also ordered the NRC coordinator Prateek Hajela, a 1995 Assam-Meghalaya cadre IAS (Indian Administrative Service) officer handpicked and appointed to the sensitive post by Congress chief minister Tarun Gogoi, to work independently of and not share any data with the Assam government.

Just before the publication of the final NRC, the BJP-led Union and Assam governments appealed to the Supreme Court to allow a sample re-verification of 20 per cent of inclusions in the second draft NRC.

The Union and Assam governments had stated that names of genuine Indian citizens have been excluded while names of Bangladeshi infiltrators have been included in the NRC.

But Hajela, who was known to be close to the erstwhile Congress government in the state, preempted that by submitting before the apex court that he had undertaken a sample re-verification of 27 per cent of the names.

Therefore, contended Hajela, another re-verification was not necessary. CJI Gogoi went along with Hajela’s stand.

The result was the flawed NRC. Hajela was blamed for the fiasco, and allegations about his role in excluding and including names from the final NRC surfaced.

Allegations of financial wrongdoings also surfaced against Hajela (read this and this). The BJP in Assam demanded that he account for the huge sum spent on the flawed NRC.

Soon after the publication of the error-ridden final NRC, a three-judge bench of the Supreme Court headed by CJI Gogoi passed an unprecedented order (in October last year) transferring Hajela to Madhya Pradesh (which is under Congress rule).

The bench gave no reasons for this exceptional order even when Attorney General K K Venugopal sought to know the reason behind it. CJI Gogoi replied to Venugopal: “Can any order be passed without a cause or reason?”.

Thus, the flawed NRC exercise in Assam has the stamp of the Congress all over it. The BJP has disowned it completely. And to cite this exercise in Assam as the reason to whip up a false frenzy in the rest of the country smacks of hypocrisy and diabolism.