Assault On BJP Worker's Mother Was Not The First Time Trinamool Cadres Attacked A Woman; Communists Before Them Were No Different Either 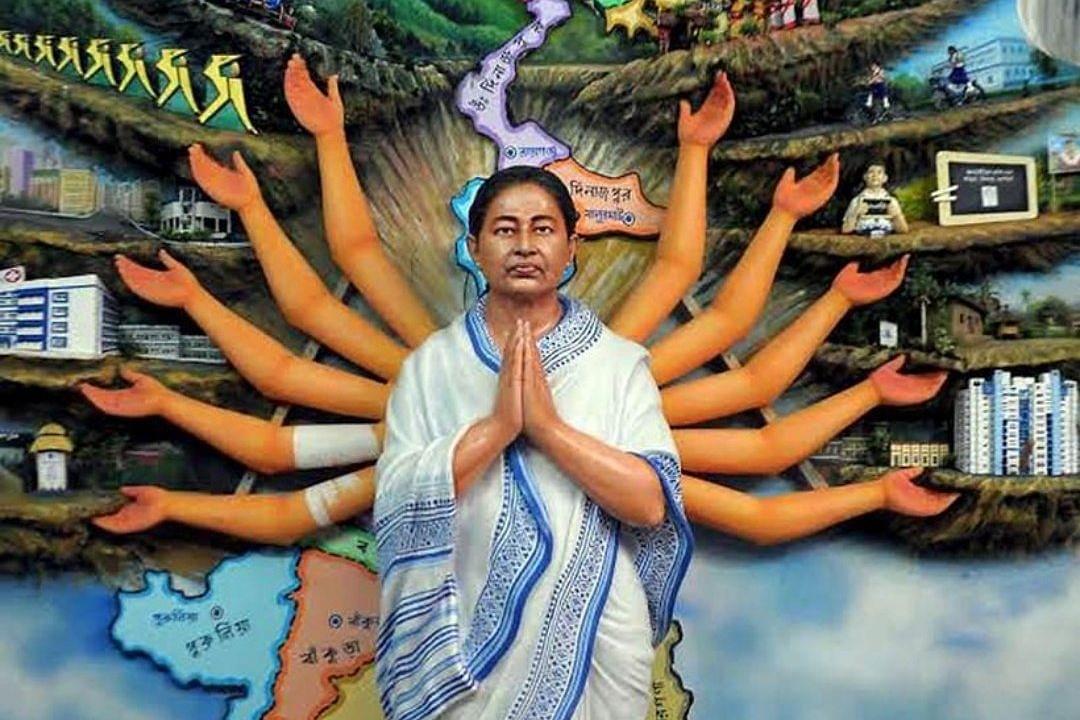 The horrific assault on the octogenarian mother of a BJP worker at Nimta in North 24 Parganas district adjoining Kolkata last weekend by Trinamool goons that shocked the nation is not alien to the party that, ironically, is led by a woman.

The Trinamool has a long history of not sparing womenfolk, be they functionaries and workers, or family members of workers of rival parties.

Ahead of the 2018 panchayat polls in Bengal that was marked by large-scale rigging and violence by the Trinamool, a 23-year-old woman who was six months pregnant was raped. She was a close relative of a BJP candidate contesting the polls.

The victim and her family alleged that the perpetrators were Trinamool goons of Nadia district and that the rape was the result of her relative refusing to withdraw from the poll battle.

A middle-aged mother of two was publicly assaulted and humiliated by Trinamool cadres for protesting the rigging of the 2018 panchayat polls by the Trinamool.

After the polls, Trinamool activists dragged her out of her house in Midnapore, assaulted her, forced her to hold her ears and do a hundred squats and paraded her around the village with a garland of shoes.

These are just two instances of the Trinamool using terror tactics on women to intimidate the opposition.

“This (rape and assault on women) is part of the Trinamool’s culture. The Trinamool thinks that by raping or assaulting women members of families of our supporters, it will intimidate us. But we are determined to foil such ugly tactics and uproot the Trinamool from Bengal,” said state BJP chief Dilip Ghosh.

The Trinamool, however, seems to have learnt this shameful tactic of targeting women to intimidate and silence opposition from the communists, especially the CPI(M).

For the communists, targeting women to achieve political ends was fair game. All tactics, including assaulting women, were considered to be fair to capture and retain power.

In the run-up to the 34 years of Left rule in Bengal, and during those 34 years of course, thousands of women were brutalised and even killed for daring to oppose the communists or for the ‘crime’ of belonging to families of functionaries of rival parties.

The most horrific such assault was, perhaps, the infamous Sainbari incident where bloodthirsty communist cadres not only killed male members of a family of known Congress supporters, but mixed the blood of the slain men with rice and force-fed that to their septuagenarian widowed mother!

The Sainbari massacre, as it came to be called, horrified the nation and then Prime Minister Indira Gandhi flew down to Burdwan (where the family lived) to commiserate with the survivors of the CPI(M)’s horrific atrocity.

One of those who led the attack on the family later became a prominent member of Jyoti Basu’s, and then Buddhadeb Bhattacharya’s, cabinet.

After the communists came to power, assaults on women only increased. Statistics of the National Crime Records Bureau (NCRB) of that period showed that Bengal topped the shameful list of crimes against women.

The supreme irony is that Bengal is ruled by a woman. But Mamata Banerjee set the shameful trend early into her rule when she frivolously dismissed the rape of a woman--it gained notoriety as the Park Street rape case--a few months after she came to power.