#AyegaToModiHi, But Partisans Should Hold Their Laddoo Orders Until 23 May 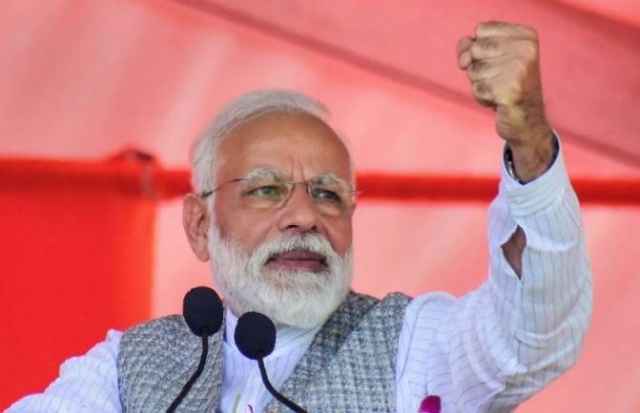 The exit polls may have flattered the Bharatiya Janata Party (BJP) no end, but it would be wise for partisans to hold their orders for laddoos until 23 May. Reason: in several crucial states, the exit polls offer such divergence in their estimates of seat shares, that the applecart can be substantially upset.

For example, the National Democratic Alliance’s (NDA’s) seat-count varies in Uttar Pradesh from a low of 33 (Neta-NewsX and ABP Nielsen) to 62-68 for India Today-Axis. That’s a possible gap of 32 seats at the middle of the Axis range.

Similarly, in West Bengal, the gap between lowest to highest estimates is 10 seats. In Maharashtra it is 12 seats and in Karnataka eight seats.

In Tamil Nadu, the NDA gap is widest, with Axis giving it zero, and News18-Ipsos 15.

Consistency between polls is, however, high in the case of Gujarat and Rajasthan – and also Madhya Pradesh.

The clear outlier in terms of potential NDA underperformance is NewsX-Neta, and, to a lesser extent, ABP Nielsen.

Given these widely varying estimates in terms of seat shares, any consistent trend on counting day towards the lower end of the estimate means that the NDA/BJP could be struggling below the half-way mark.

Taking all polls together, and assuming one poll’s underestimates in one state may be cancelled out by overestimates in another, one can probably assume that #AyegaToModiHi.

But, as they say, don’t count your chickens before they hatch.