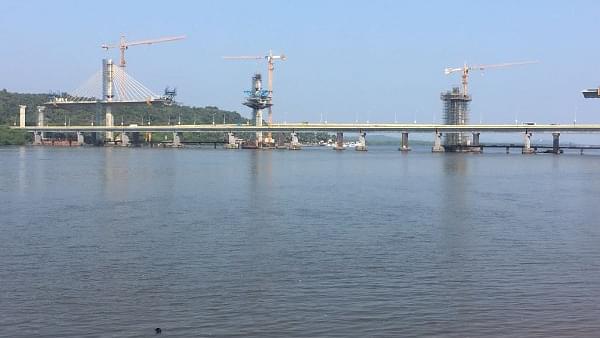 The dispute over sharing of the Mandovi River (Mahadayi in Karnataka) took its usual course with a series of bandhs in Karnataka, notably in the capital city of Bengaluru. Three such bandhs have been called for, with the first one in effect today (25 January), the second on 4 February when Prime Minister Narendra Modi is scheduled to visit Bengaluru, and the third one is a call by the Bharatiya Janata Party (BJP) for when Congress president Rahul Gandhi visits the city later next month.

However, if one were to look at the nature and timing of these bandhs, it does seem like it has nothing to do with the river, and is political. For starters, today’s bandh, a state-wide one, coincides with the BJP president Amit Shah’s rally in Mysore. The next bandh is scheduled for when Modi is in the capital, allegedly to force him to intervene. Given that Karnataka goes to polls in four months, it tells us a different story. Further, protestors under various organisations have reportedly demanded that the Election Commission of India (ECI) postpone the elections till a solution is found to this issue.

So, what exactly is the issue here?

The Mandovi is a 77 km long river that originates in Bhimgadh in the Belagavi district of Karnataka. It flows for around 29 km in Karnataka and then enters Goa, traversing around 52 km before it empties into the Mormugao harbour in the Arabian sea. Along with the Zuari, it forms the backbone for the agriculture, mining and transport industry in the state. The island of Chorão, located west of Panaji, is home to the Salim Ali Bird Sanctuary. The Cumbarjuem canal links to the two rivers and is used for navigation, mostly to transport iron ore.

Karnataka wants to divert roughly 7.56 thousand million cubic feet (tmcft) of water from the Mandovi to supply drinking water in the northern parts of the state, particularly the twin cities of Hubbali-Dharwad along with cities such as Belagavi and parts of the Gadag district. With Hubbali being hit by severe water shortage in the Neerasagar reservoir, Karnataka seems to have a valid claim to the Mandovi’s waters.

However, Goa’s contention is that the diversion of water from the Mandovi would severely affect its ecology. At the same time, any diversion of the river water would spark a drinking water crisis in the smaller state since Mandovi contributes to nearly 43 per cent of Goa’s drinking water needs. It would cause a change in the salinity in the river that could kill aquatic life and affect irrigation. At the same time, reduced flow of water in the river would also impact the navigability of the river.

How can this issue be solved?

It is important to remember that the plan to divert water from the Mandovi was originally mooted in 1970 by S G Balekundri. The original plan was to divert waters from the Mandovi to feed the Malaprabha river, whose waters would be stored in the Navilatirtha reservoir in the Dharwad district of Karnataka. The reservoir has sparingly been filled to its full capacity since its construction.

Bringing back the National Water Grid

Dr K L Rao, the Union Minister of Power and Irrigation under Jawaharlal Nehru and Indira Gandhi, had first proposed the idea of a National Water Grid (NWG) in the 1970s to “combat the scarcity of water” that India would face, predicting that such a grid would be vital by 2000. However, despite numerous changes in governments and plenty of talk on policy and more, nothing really took off.

The closest that the country has come to implementation of the NWG is in Gujarat, in the form of the Sabarmati Riverfront project, which saw the perennially dry Sabarmati river in Ahmedabad being fed with water from the Narmada river, diverted from the Sardar Sarovar Dam. While Sabarmati’s water levels are primarily for the riverfront project, it has shown that interlinking at a relatively larger scale is possible.

The problem for the region, however, is that in all the large reservoirs nearby, water levels are dipping. The Almatti dam on the Krishna River saw its live storage capacity – that is, the water in the reservoir that can be used – drop to zero last year. Fortunately, the dam on the Tungabhadra river currently has above-average water levels compared to last year.

While the feasibility of diverting some water from the Tungabhadra to Hubbali and Belagavi can be explored, it must be remembered that rivers in the south are primarily rain-fed and, thus, prone to running dry.

A flood zone map of India shows major parts of North India prone to heavy flooding, in particular areas in and around the Ganga. An effective way to prevent floods in the north would be to divert the excess waters of the snow-fed rivers to the dry ones in the south.

Inter-river linking has the potential to thaw the ongoing water-sharing disputes that Karnataka, Goa, Maharashtra, Telangana, Andhra Pradesh and Tamil Nadu have, in particular that of the Kaveri River, that resulted in riots in 2016.

Bandhs are not going to help in any way. Holding the state ransom for political gains is an old tactic, and it’s time our politicians actually looked at solving the water crisis from an engineering standpoint.