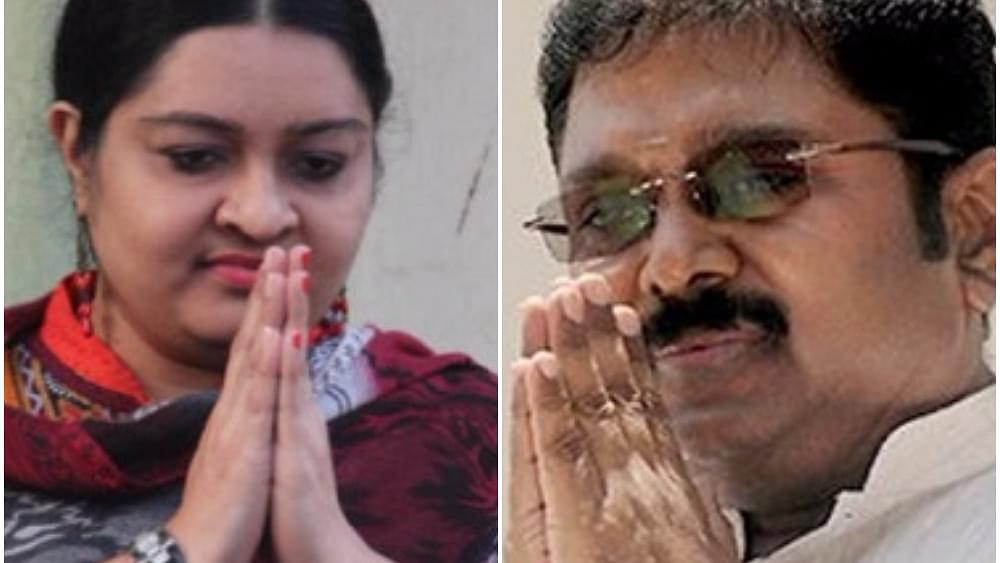 The forthcoming by-election in the R K Nagar constituency is shaping up to be a key test for the ruling All India Anna Dravida Munnetra Kazhagam (AIADMK) party. An adverse outcome could set off a chain of events that may even result in the implosion of the Sasikala-led AIADMK and the collapse of the Edappadi Palaniswami-led government.

After 28 years, this will be the first time that the AIADMK will be fighting a by-election without the charismatic leadership of its late leader Jayalalithaa.

The last time an opposition party in Tamil Nadu won a standalone by-election was in 1989, when the then leader of the opposition, Jayalalithaa, who regained the party's famed ‘Two Leaves’ symbol after waging a protracted internal battle, led the AIADMK to handsome victories in Marungapuri, Madurai East and Peranamallur constituencies. These by-election wins catapulted her to the position of undisputed leader of the party. She later went on to oust the Dravida Munnetra Kazhagam (DMK) government.

The dominance of the ruling party over by-elections in Tamil Nadu ever since has been based on a combination of factors – massive misuse of official machinery and pragmatism of the electorate (take cash and vote for the ruling party for better delivery of welfare schemes). Seasoned political watchers in Tamil Nadu disregard by-elections as a reliable barometer of the popular mood, especially the ones held in the latter part of the ruling government's tenure.

What sets the R K Nagar by-election apart, besides the fact that it's not even been a year since the AIADMK government was voted back to power, is the popular perception that it’s on a very weak wicket, and the brazen power struggle that followed the death of Jayalalithaa has made it hugely unpopular. The machination of the 'Mannargudi Mafia' in removing the reasonably popular O Panneerselvam (OPS) from chief ministership has added to the party's troubles. Observers believe that there is a groundswell of anger against Sasikala and her family.

The AIADMK has declared T T V Dinakaran, a nephew of party supremo Sasikala, as the candidate for the by-election. In a brazen attempt to strengthen her hold over the party apparatus, Sasikala appointed members of her household, including Dinakaran, to key roles in the AIADMK’s organisational scheme of things. Though Dinakaran was elected once to Lok Sabha and later nominated to Rajya Sabha, he is regarded as a shady backdoor operator notorious for his wheeling and dealing. Despite Sasikala's protection and patronage, he had incurred the wrath of Jayalalithaa, who sacked him from the party a few years ago. She had also commandeered her party cadres not to maintain any contacts with him. His rehabilitation now seems complete.

The OPS faction of the AIADMK is likely to field its veteran leader from North Chennai, E Madhusudhanan, as its candidate. The DMK has announced the name of its party functionary, N Maruthuganesh, for the contest. It must be counting on the possible split in AIADMK votes to secure a victory.

Even during the days when South and Central Chennai seats were considered as DMK's bastions, the party's hold over northern parts of the city was always tenuous. In fact, over the last few years, it’s the AIADMK which has repeatedly asserted its supremacy in this region of Chennai.

If the DMK candidate romps home taking advantage of the split in AIADMK votes, and the OPS faction polls significant votes, it's possible that the Palaniswami-led government will be in serious trouble.

The formidable AIADMK electoral machinery will leave no stone unturned to clinch a victory. If Dinakaran pulls it off, he is likely to emerge as a powerful leader and might even be emboldened to unseat Palaniswami and take over as the next Chief Minister of Tamil Nadu.