What I Learnt By Fighting The Queer Thought Police In India 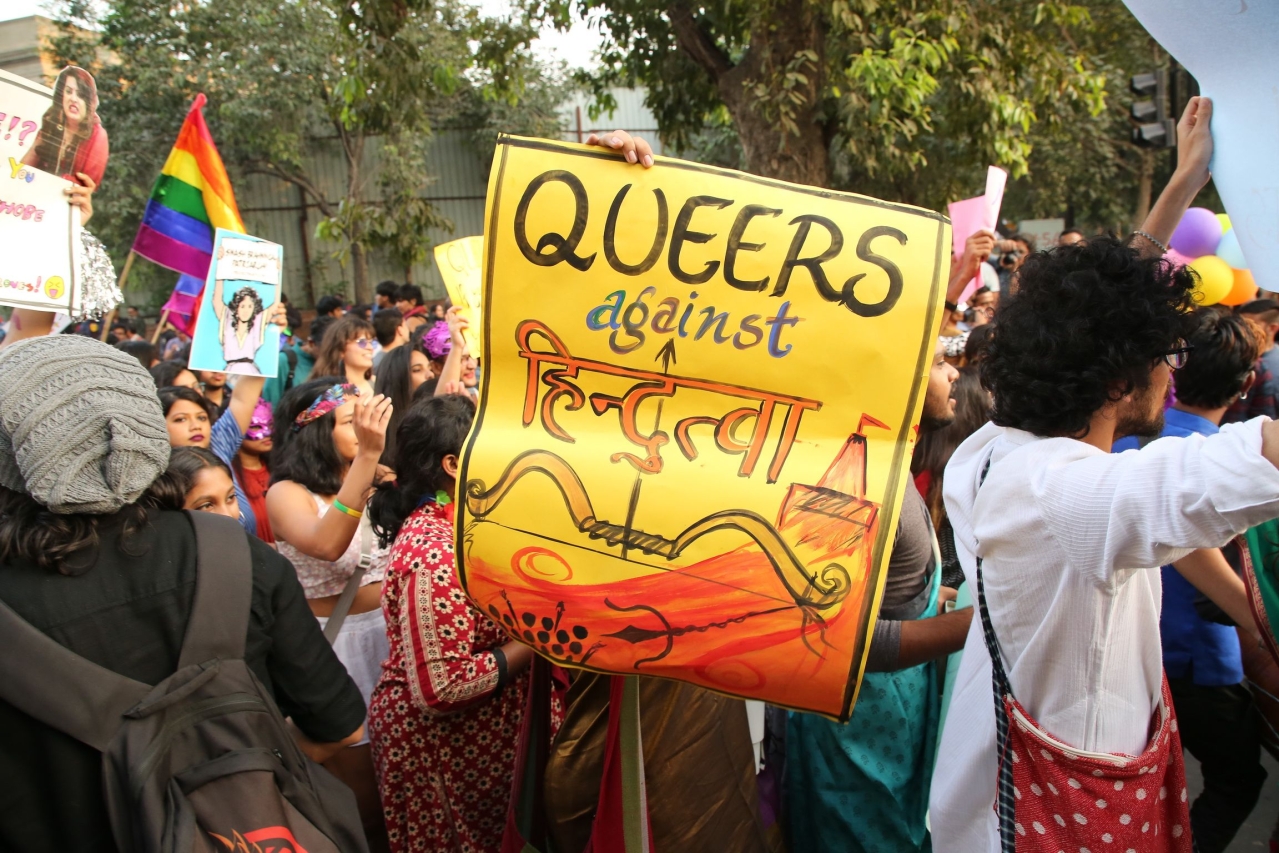 Last week, Pride Circle — a Diversity and Inclusion consulting firm disinvited me from speaking in the second edition of the Job Fair for LGBTI+ persons.

Until last week, I was part of the Advisory Board of Pride Circle. I’ve been supporting this initiative since its inception and also spoke at the first edition of LGBTI+ job fair organised last year in Bangalore.

It happened after my tweet praising BJP in relative terms for their record on LGBTQIA+ rights, women’s rights and rights of indigenous people.

Triggered by my tweet, a section of the advisory board of the event threatened the organisers that they would boycott the event if I were part of the speaking panel. Subsequently, all the social media posts announcing my talk were removed by Pride Circle.

Without any explanation (formal or informal), my name has been removed from the Advisory board and all social media announcements.

It was unusual, to say the least, that Pride Circle would fold before this kind of intimidation given their professed commitment “to build a community of passionate and diverse individuals.”

However, with the rising influence of queer thought police in our country, it was not surprising. Instead of promoting diversity of thought, the equal rights movement in India is becoming a cult where fear and shame are constantly used as weapons to make people fall in line.

Roger Scruton had once remarked: “We thrive on disagreement, but only if we do not also feel threatened by it.” The queer thought police reacted in this manner solely because it felt threatened by it.

Did anyone ask about the context in which I posted the tweet? No. They didn’t choose to engage with me in a civil manner. Rather, they chose to employ intimidation as a tactic to silence my voice.

This growing environment of intimidation among the queer community is deeply antithetical to diversity and inclusion.

Although I’m not the first victim of this kind of outrage, I’m writing to point out that this is becoming the norm.

The queer activists who intimidated the organisers with the threat to boycott swear by the principle of freedom of expression. They are up in arms on every stray incident which can be turned into an issue of violation of free speech rights.

They don’t blink an eyelid before rushing to the support of those who claim to be a victim of the state’s ‘onslaught’ on free speech.

Take the example of the recently organised pride parade in Mumbai, where some activists shouted anti-India slogans. The thought police turn each of these incidents into an international issue and find every possible forum to highlight how India has become an intolerant nation and there is a state of ‘undeclared emergency’.

However, this privilege is reserved only for one section of the ideological spectrum.

Through my tweet, I was hoping to do nothing more than recognise the efforts of the BJP and the RSS in arguing for rights of diverse SOGIESC (Sexual Orientation, Gender Identity and Expression, Sex Characteristics) communities.

The mainstream media has consciously underplayed the contribution of BJP leaders in advancing queer rights. For decades, the queer movement in India was focussed on challenging a singular law i.e. Section 377 of the Indian Penal Code.

The law was read down during BJP’s tenure with the support of the government. Today, the discriminatory practice of sex verification tests on female athletes stands outlawed at the international level only due to the intervention of Sarbananda Sonowal.

As the Sports Minister, Sonowal provided financial support to Dutee Chand in 2014 when she successfully challenged the regulations of the International Association of Athletics Federations’ (IAAF) regulations before the Court of Arbitration for Sports.

BJP leaders in Tamil Nadu actively supported the case of Santhi Soundararajan — a Dalit female athlete who had won 12 international medals for India and was later stripped of her medals due to the IAAF regulations.

Today, Soundararajan is able to live a life of dignity due to the continuous activism of Srishti Madurai with the support of BJP leaders.

During the BJP’s rule, sexual orientation was included as a ground in the anti-ragging policy, which was later adopted by the University Grants Commission in 2016.

In 2018, Jagdambika Paul introduced a private member bill to amend the Armed Forces Law with a view to provide equal rights and opportunities to members of LGBTI+ community.

Today, governmental bodies like NITI Aayog are actively engaging with LGBTI+ activists in the policy-making process. In the parliament also, BJP MPs have championed the SOGIESC cause.

On several occasions, RSS leaders have articulated the inclusive view of the Sangh on SOGIESC issues.

Last year, Mohan Bhagwat made a public remark saying, “All LGBTI people are integral part of society. Everyone is a part of society. How they are, they are. Accept people for what they are. Society has changed. It is important that society prepares itself so people do not feel isolated.”

He also added, “Be it the senapatis in Jarasandha's army or Shikhandi, there have been people who have fought valiantly in the battlefield, done many useful things in society. They are also humans and a part of the society.”

Still, the mainstream media continues to project BJP as ‘backward’ and ‘retrogressive’.

As an intersex activist who has spent almost a decade in working towards creating a space for Genderqueer, Intersex and LGBTQA+ Indians in the public discourse, I’ve been deeply worried about the changing nature of the equal rights movement in India.

Unfortunately, much like the narrative on most human rights issues, the narrative on SOGIESC issues in India has become a hostage of the ‘left-right’ ideological binary which has no relevance in the Indian context.

As a result, fundamental virtues of ethical and committed activism are being compromised and the community is suffering because of it.

The focus of the movement, which were originally about ensuring a life of dignity for diverse SOGIESC communities, has now shifted.

The space for constructive activism has been taken over by an elite class of activists who believe that writing reactionary think-pieces and self-righteous social media posts is the way forward.

In the popular media as well as the academic discourse, those with no track-record of bringing positive change are being praised and accepted, while those who refused to participate in the politicking are demeaned or excluded.

In the public discourse, anyone who doesn’t fall in line with the ideology of ‘lipstick activists’ is likely to suffer professionally and personally.

All around us, in the public spaces, we can clearly see a concerted effort by the queer thought police which is raising the cost of expressing one’s political leanings to the point that no one can express them.

Identity politics rooted in western intellectual thought is being used to create fissures in the movement.

Rather than finding ways to unite people, queer activists in India are adopting an antagonistic approach which can never create coalitions.

Gopi Shankar is the founder of Srishti Madurai, a student collective for gender and sexual minorities. He is also rooted in Indic traditions of spirituality. He is the recipient of Diversity Leadership Award 2016 from WHRD and the Commonwealth Youth Worker Asia regional finalist award, 2016. He became the youngest candidate and first intersex person to contest Indian state assembly elections, when he contested for legislative assembly in Tamil Nadu in 2016.