Behind The Spikes In Islamic Terror During Ramzan 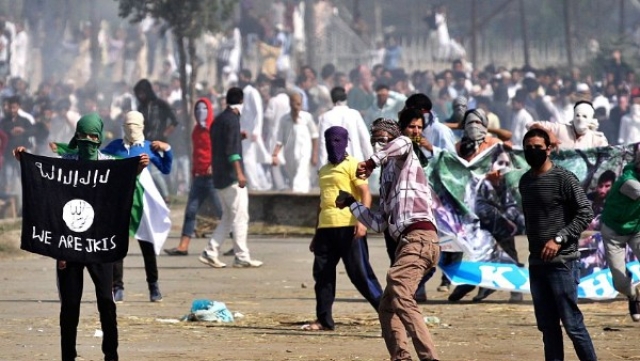 Two murders were witnessed on 14 June 2018 in the Kashmir Valley – of journalist Shujaat Bukhari, editor of Rising Kashmir, and Rifleman Aurangzeb, of 44 Rashtriya Rifles. The month of Ramzan thus ended on a bloody note in Kashmir. This was, however, in no contrast to the rest of the month, which witnessed heightened violence. Ministry of Home Affairs' data suggests that violence doubled during this period. While some have attributed the increase to cessation of operations, this spate of violence should also be looked at in a broader context, in which we see that violence has been on the rise globally during Ramzan for years now, particularly since the rise of the Islamic State.

Such a point of view also becomes significant in light of the fact that the Islamic State now has an active presence in Kashmir, as has been confirmed in the recent Srigufwara encounter, in which the Islamic State of Jammu and Kashmir's (ISJK) head was neutralised along with three others. The ISJK is affiliated to the Islamic State. Here, it should also be taken into account that the Islamist movement in Kashmir has now acquired a globalist touch as both Islamic State and al-Qaeda are now in the scene and the youth is actively responding to their appeal.

Over the years, the Islamic State has called for renewed attacks by its followers on “kafirs” or what Islam calls “non-believers”, during Ramzan, and this call has been actively responded to by jihadists the world over, as a result of which recent Ramzans have been bloody, not holy, with attacks across Europe and the Islamic world a common feature.

In 2016, in addition to the Karrada bombing in Iraq's Baghdad that killed close to 350, there were attacks in the United States, Bangladesh, Lebanon, Turkey, and Saudi Arabia during Ramzan, which were claimed by the Islamic State. There were, in all, nearly 400 attacks in 16 countries, wrote Yasmeen Serhan for The Atlantic, which was almost matched in next year's Ramzan, which witnessed over 300 attacks in 13 countries as per the data for first three weeks of that month. The recently concluded Ramzan too witnessed close to a 1,000 casualties in at least 175 attacks in 25 countries.

This shows that Islamists have successfully transformed the month into one of intense violence. They call for renewed attacks and jihadists respond to these calls. But how does this happen? This happens through a perverted, bloody interpretation of Ramzan and the Quran, which terms Ramzan as ‘a holy month of jihad’. As per Islamic belief, one gets multiplied rewards for good deeds during Ramzan. Islamists twist this belief and preach that jihad carries multiplied rewards during Ramzan and that's why it is the holiest time for targeting non-believers.

Islamists also twist events from Islamic history, such as the Battle of Badr, a key moment in early phase of Islam that happened during Ramzan in 624 CE. In the battle, the outnumbered Muslims won over the numerically superior non-Muslims. Islamists draw inspiration from such events and use it in their narrative. This is helmed by the Islamic State's massive public outreach that continues to attract the disgruntled and the vulnerable the world over. Not just this, the Islamic State has also woven regional Islamist movements in a global narrative with more and more groups affiliating themselves with it by the day.

This 'global' form of Islam has also reached India. In much of the country, Islamic traditions have Persian roots, which merged with the pre-Islamic Indian traditions, giving rise to Indo-Islamic traditions. This is the case with much of India, with the exception of Kerala, where Islam came with the Arabs. Lately, this Arab brand of Islam has been getting hold of subcontinental Muslims. This is seen in behavioural changes in Indian Muslims, such as Persian 'khuda hafiz' being replaced by the Arab 'allah hafiz' and the rising prevalence of the usage of Arab-inspired spelling of 'Ramadan' instead of 'Ramzan'.

This has also been seen in the celebration of Eid. Kashmir has celebrated Eid along with Pakistan and Saudi Arabia rather than on the date that the rest of India celebrated it.

This reinforces the prevalence of a 'global' brand of Islam in Kashmir. Similarly, the Islamist movement there too is now a globalised one. Groups active in Kashmir, such as Jaish-e-Mohammed, have been known to have veterans of Afghan War in their ranks, which has comprised Afghans, Pakistanis, and Chechens among others. While previously Kashmir was drawing foreign elements, now the foreign elements – the Islamic State and the Muslim brethren the world over – are drawing the Kashmiri psyche. The government may think that street clashes fuel recruitment and that rising local recruitment may be curbed through cessation of operations and that people might be pacified, but that has not been the case.

A Jammu and Kashmir Police’s Crime Investigation Department's (CID) report states that Ramzan, during which operations were ceased, witnessed 20 joining the ranks of terrorists. It has also been seen that relentless operations by security forces too have failed to curb recruitment. Veteran journalist Praveen Swami brings up data to suggest that increased operations have only led to increased recruitment. Reports also state that this increased recruitment has also driven youth to al-Qaeda and Islamic State affiliates in the Valley, suggesting a rising inclination of the youth towards the international, globalised brand of terror.

The Indian state has now approached Kashmir from all sides and yet it has not achieved positive results. The primary reason for that is it does not seem to understand the situation. The CID report says, “It, therefore, becomes imperative for the state to deconstruct why, while militants are being killed, militancy continues to rise.” It is this deconstruction of the situation and its analysis that the state is not succeeding in. While they may believe that terrorism lies in terrorists and killing or not killing terrorists would kill or not kill terrorism, this is not the case. Terrorism is an idea, and it is much harder to kill an idea than killing the one propagating it.

This idea thrives through the disgruntled and the vulnerable. Writing for The Conversation, Richard Maher highlights issues of younger Muslims integrating with the society in Europe, the easy access to both the region and people infested with the Islamic State ideology, and the disgruntlement among them as primary reasons that make them vulnerable to the Islamic State. States and communities everywhere have to address these reasons to win against the Islamists.

As for India, the situation is more precarious. As the Islamic State continues to lose its turf in Iraq and Syria, its fighters are now redeploying into South Asia. Intensification of conflict and Islamic State presence in the Afghanistan-Pakistan region would not be without ripples for Kashmir. The Islamic State may never be physically present in Kashmir, but its affiliates and its idea of terror – if left as it is – would continue to not just keep the movement in the Valley alive, but also give relevance to the terror group.

The situation is thus precarious, set only to go downhill as counter-strategies seem to be misdirected. Along with the terrorists, the idea of terror needs to be targeted. States and communities, not just in Kashmir, but across the world, have to engage the people's psyche and immunise them, so that they are not drawn to this new brand of terror that feeds off disgruntlement and vulnerability on an unprecedented scale.

If not done, the state may kill the last terrorist, yet the idea of terror will live on, only to rise someday later to paint more ‘holy’ months red.