Belagavi: Will The Idea Of Second Capital Materialise? 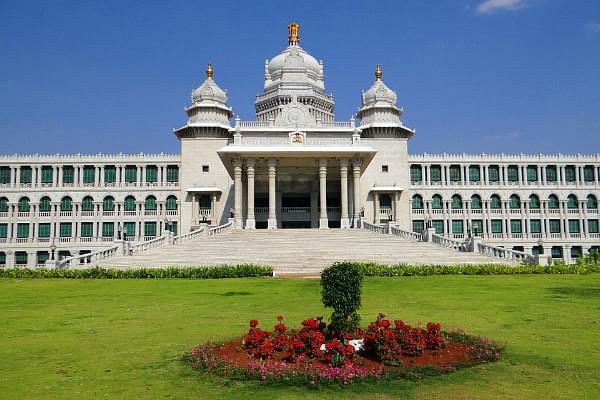 For the second time in the last 12 years, the issue of declaring Belagavi (earlier Belgaum) as the second capital of Karnataka has been raked up. This time by Chief Minister H D Kumaraswamy, himself.

So far, the holding of a session of Karnataka bicameral legislature every year was only symbolic of Karnataka’s hold over Belagavi city and district and a rejection of Maharashtra’s claim over the city in particular. But the larger issue relates to declaring Belagavi as the state’s second capital. Belagavi is one of the four revenue divisional (regional) headquarters in the state. But the main question is should Karnataka or any other state in the country have a second capital?

It should be recalled that in the years prior to the reorganisation of the state in November 1956, there was a demand for creating a capital city in one of the central districts. Political leaders from the erstwhile Bombay and Hyderabad-Karnataka districts were vociferous in demanding the formation of a Greater Mysore (Karnataka). On the other hand, there was much opposition to the reorganisation demand in the Old Mysore region. It was mainly on the ground that the Bombay and Hyderabad-Karnataka districts were underdeveloped, whereas Old Mysore was far ahead of them in that respect. The Vokkaliga caste, which was dominant in the Old Mysore region, feared that it would lose its hold on the administration, and the Lingayats from north Karnataka would take over. Their fears proved right. The Vokkaligas had to wait for 38 years from 1956 to get the chief ministership. H D Deve Gowda became the chief minister in 1994, the first after reorganisation. In between, there were four Lingayat, two Brahmin and one Arasu chief ministers.

In the years prior to reorganisation of the state, there was a demand from north Karnataka districts that the capital of the new state should be in one of the central districts. Davangere had been suggested as the new capital on the ground that Bangalore was in the southern corner of the state. But the then chief minister of Mysore, Kengal Hanumanthaiya, preempted the Davangere demand by building the magnificent Vidhana Soudha in Bangalore.

This time there is an internal political angle to the proposal of declaring Belagavi as the second capital. The Chief Minister is under attack for allegedly neglecting the interests of North Karnataka while making allocations in his state budget for 2018-19. He has been accused of being partial towards some of the Old Mysore districts, which are the strongholds of his Janata Dal (Secular) or JD(S) party. They are also the districts with a considerable population of Vokkaligas, the caste to which he belongs. Kumaraswamy has been quoted in a section of the press as having said, “people of that region voted based on caste and money. Now they want me to work for their welfare”. He has accused the Bharatiya Janata Party (BJP) of supporting the demand for a separate statehood for North Karnataka.

There is also a demand, though feeble, for carving out a new state for the north Karnataka region on the lines of Telangana. They are also the districts, which had voted for the BJP and have a large Lingayat population. However, there was hardly any response to the call for a bandh in North Karnataka by a small group of secessionists on 2 August.

In 2008, the other major demand of the people of North Karnataka for setting up High Court benches was conceded by the Supreme Court of India. As a result, High Court benches were established in Hubballi (earlier Hubli) and Gulbarga. There was a demand for selecting Belagavi instead of Hubballi, but it came to be rejected.

Holding a session of the Karnataka legislature in Belagavi has become an established tradition. It should also be said that the time has come for the state to give up its defensive stand on the border dispute with Maharashtra as also Kerala.

It was when Kumaraswamy was the Chief Minister heading the JD(S)-BJP coalition that the first-ever session of the legislature was held in Belgaum. It was a bold decision from all angles.

With the construction of the Suvarna Vidhana Soudha in Belagavi at a cost of Rs 400 crore, there should be no going back on holding one of the sessions of the legislature there. Otherwise the whopping expenditure incurred to build the edifice would be a waste of public funds. There is already the criticism that this building is being utilised only for a short time in a year and and remains vacant most of the time.

Karnataka is one of the few states holding a session of the legislature outside the state capital. The others are Jammu and Kashmir and Maharashtra. In Andhra Pradesh, the government has been holding sessions of the state legislature in Vijayawada, though it shares the joint capital of Hyderabad with Telangana.

However, it should be reiterated that it will be a colossal waste of public money to set up second capitals for our states. But for the assertions of Karnataka’s rights over Belagavi, the holding of the legislature sessions there involves a lot of expenditure. The entire Karnataka Secretariat functioning in Vidhana Soudha and Vikasa Soudha in Bengaluru including the establishment of the two houses of the legislature have to be shifted to the border city. However, it could be argued that considering the aggressive stand of Maharashtra over Belagavi and irrespective of the government ruling that state, the extra expenditure over holding the session in Belagavi cannot be called a waste.

So far Chief Minister Kumaraswamy’s proposal for establishing Belagavi as the second capital of Karnataka is only at a preliminary stage. It is regarded as an impromptu reaction to the demand for separate statehood for North Karnataka. There is no estimate of the cost of creating a second capital. However, it will be much less than the public funds being expended for building the new capital for Andhra Pradesh at Amaravathi.

What is most intriguing is that the Minister for Public Works, H D Revanna, who is the elder brother of the Chief Minister, is acting contrary to the proposal. The minister has ordered the shifting of the office of the Karnataka State Highways Improvement Project from Belagavi to Hassan and Madikeri in Kodagu District. Hassan is the home district of the Deve Gowda family which is today at the helm in Karnataka. Eyebrows have been raised over the decision.

It is noted that the Suvarna Soudha which has come up at Belagavi remains unoccupied for most part of the year. It is effectively occupied for just 10 to 15 days in a year when the legislature session is held in Belagavi. The expenditure on holding the session in Belagavi has been put at Rs 30 crore.

The modalities of creating a second capital have to be worked out. Will some of the ministers be asked to function from Belagavi? There is reluctance on the part of officials not to speak of ministers to move to Belagavi. Observers note that Karnataka ministers insist on functioning from the Vidhana Soudha and not from its annexe, Vikasa Soudha. How can one expect them to shift to Belagavi? The Vikasa Soudha built when S M Krishna Rao was the chief minister is considered a vainglorious exercise and a colossal waste of public money. Even architecturally, it is a poor replica of the Vidhana Soudha, the Karnataka legislature-cum-secretariat building. Many officials including those of the judiciary consider postings in North Karnataka particularly the Hyderabad Karnataka districts as a punishment, as they are underdeveloped in many respects.

Even if Belagavi rivals Bengaluru as the state’s second seat of power, it will be years in the future. One wonders if the rickety Congress–JD(S) coalition will live to witness it.

Arakere Jayaram is a freelance journalist.