Bengal Suffers Due To Self-Serving Antics Of Its Politicians 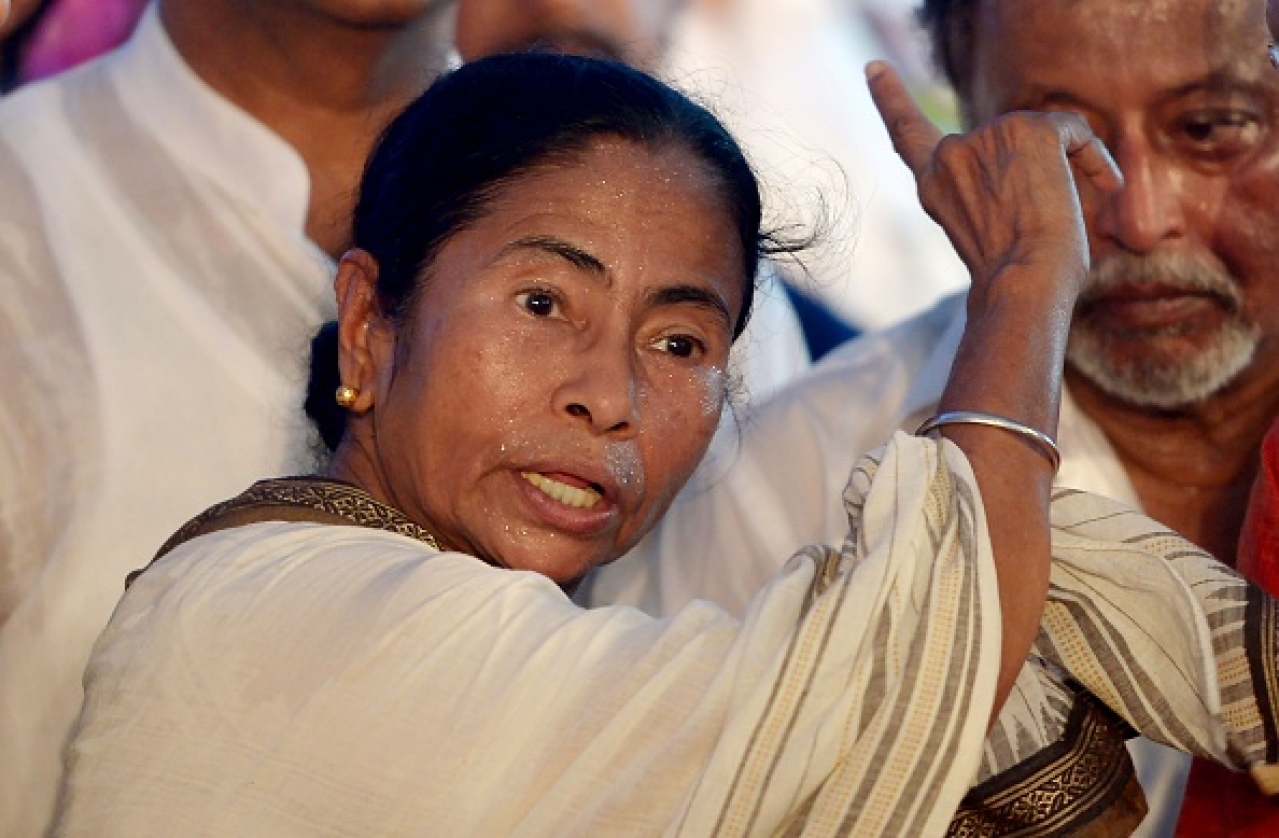 Bengal’s downslide on the social, economic, cultural and political fronts commenced in the late 1960s and early 1970s, when Left forces started gaining a strong foothold in the state. The process gained momentum in 1977 when the Left Front came to power, and held onto it (by means mostly foul) for 34 inglorious years. The advent of Mamata Banerjee, who is more Left than the Left (without realising it, of course), in 2011 not only did not improve matters, but led to a further decline on these, and other fronts too.

A common leitmotif in the political narrative in Bengal these past five decades or so, and one that is a major cause of and contributor to the state’s economic decline, is the strident and often ugly anti-Union government or anti-New Delhi stance adopted by Bengal’s ruling politicians. Opposing the powers that be in New Delhi, or the Union government of the day, has long become the recurrent theme in Bengal’s political discourse.

This has been a major contributing factor for Bengal lagging behind most other states of the country. The anti-Centre stance of successive regimes in the state over the past few decades has resulted in a perpetually miffed New Delhi, ignoring Bengal or, at best, being apathetic towards the state’s requirements.

It is not that successive Union governments in Delhi have harboured any inherent bias against Bengal. But thanks to the continual unjustified and unnecessary anti-Centre rhetoric of the state’s ruling politicians – first the Marxists and now Banerjee – the rulers in New Delhi have been pushed into a position where they find themselves unable to respond favourably to the needs of the state.

And this, as Anamitra Sen, a teacher of sociology at Calcutta University says, is basic human behaviour. “If I am constantly abused, hectored and opposed by someone, no matter how much I may try to act in an impartial manner, I will find myself unwilling to help that person. Even if I have a heart of gold I’ll be unable to do that,” he elaborated.

This is what has happened in the case of Bengal, whose leaders’ common refrain has always been to criticise and oppose the government of the day in New Delhi. This anti-Centre stance has got firmly embedded in the DNA of Bengal’s politicians who believe that hollering against the Prime Minister makes a hero out of them in Bengal.

This trend started in the late 1960s with the communists opposing the Congress regimes in the state. Since the Congress was in power in New Delhi too then, the communists’ visceral antipathy towards the Congress in Bengal got translated into a similar, deeply-entrenched hatred for the leaders of the ‘bourgeois’ party ruling India from New Delhi. For them, Congress leaders were nothing short of ‘class enemies’ who had to be viewed with thinly disguised hatred.

When the communists came to power in Bengal in 1977, they kept up their tirade against New Delhi. Jyoti Basu’s frequent allegations of “step-motherly treatment” (of Bengal by the Union government) characterised this attitude of Bengal’s politicians and became a convenient excuse to hide their failings and misdeeds. The blame for Bengal’s backwardness, then and now, was firmly put on the Centre’s doorsteps.

While the communists, and Banerjee now, got away with blaming the Union Government for all their failings - lack of governance skills, placing a premium on politics over governance, politicisation of all organs of the state, regressive economic and fiscal policies, and many more - they also created a large constituency in the state that fed on and sustained itself on this anti-Centre politics. This is why Banerjee is still cheered by large sections of the people of Bengal when she spews venom on Modi.

But this has done little good to Bengal and its long-suffering masses. As has been pointed out earlier, this anti-Centre stance by Bengal’s ruling politicians had continuously riled the rulers in Delhi and deprived the state of major developmental and other projects. But that has been of no concern for Bengal’s ruling politicians who have always put their own narrow political interests above that of the state and its people.

This opposition of the Centre has also been quite a blind one. Thus, the communists not only opposed the Congress governments in the centre under Indira and Rajiv Gandhi, but also the short-lived Janata regime in New Delhi after supporting it initially. Banerjee, who has always one-upped the communists, started off by opposing the Manmohan Singh and Vajpayee governments many times even when she was part of those regimes. Her resignation dramas and frequent tantrums – subjects of unending ridicule – during those years are too well-known to be recounted here.

After becoming the Chief Minister in 2011, her opposition to the Centre only hardened. She not only took a leaf out of the communists’ anti-New Delhi book, she snatched the whole book and rewrote it in her own mercurial fashion. Thus, be it demonetisation or any other act or initiative by the Modi government, her first and only instinct is to pit herself against it. And, thus, Bengal continues to wallow in poverty and underdevelopment that could have been easily taken care of, had Bengal’s rulers kept the interests of the state in mind while dealing with New Delhi.

Bengal’s rulers, especially Banerjee at present, need to look at and learn from the conduct of the chief ministers of other states, especially the neighbouring ones. Bihar’s Nitish Kumar has no love lost for Modi, but he doesn’t rail and rant against Modi at Jantar Mantar. When it comes to getting Central schemes and projects for Bihar, there is no holding back Nitish Kumar from cooperating with the Union government and its agencies.

Similar is the case with Odisha’s Naveen Patnaik. His BJD has opposed the Modi government, and the Manmohan government before it, on many counts. But that has never stopped Patnaik and his ministers and MPs from seeking the Union government’s help for the state’s development.

Bihar and Odisha, and many other states of the country, reap all the benefits of cooperating with the Union government despite being ruled by persons who are in political opposition to Modi. And Modi himself has always said that he would not let politics come in the way of overall development of the country and its constituent states, irrespective of which party is ruling the states.

But for development and projects to flow to Bengal, its political representatives have to make a bid for it. That is something that Banerjee’s men (her ministers and MPs) are loath to do, and are in fact prevented from doing (by Banerjee herself). So deep-seated is Banerjee’s opposition to Modi that she doesn’t deem it necessary to send her ministers and bureaucrats to meetings convened by the NITI Aayog, and the Union ministries to discuss projects for the state.

For successive rulers of Bengal, leading street rallies against the rulers in Delhi and trying to mobilise chief ministers of other states into forming the chimerical ‘third front’ has been much more important than the development of the state. And this has been Bengal’s biggest bane.