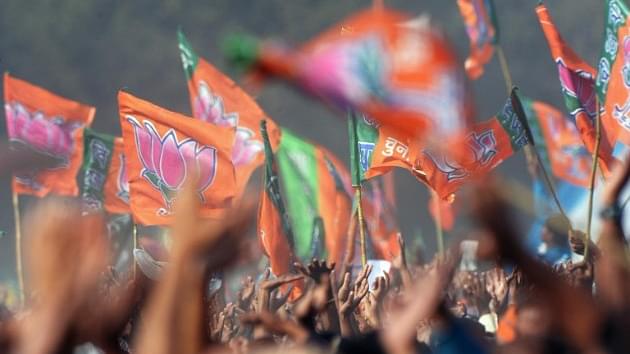 Upcoming bypolls in eight Lok Sabha constituencies are likely to test the electoral readiness of the Bharatiya Janata Party (BJP), especially since it held six of them.

Or, at least the political opposition will try to frame the contest – spread across the country – as an electoral test for the BJP. These Lok Sabha bypolls are unlikely to be held simultaneously.

“These eight seats are important because the opposition would raise issues related to economy and demonetisation. These seats are spread over several states including Bihar, Rajasthan, Uttar Pradesh, Jammu and Kashmir, Punjab and West Bengal. Since the elections are spread over so many states it is difficult to have one common theme for the government, which is making the challenge difficult,” a senior BJP leader said, requesting anonymity.

At the moment, the opposition is developing a negative narrative about the BJP’s leadership of the National Democratic Alliance (NDA), especially in the management of the Indian economy. Not only is it continuing to criticise the move to demonetise high-value currency notes, the opposition is claiming that the rollout of the goods and services tax (GST) too is posing a burden on the informal economy.

The same BJP leader added that a loss in any of the seats may not augur well for the ruling alliance and could instead give fresh impetus to the opposition campaign. “It is like a mini pan-India electoral contest which will be expected to happen around the winter session,” he said.

To be sure, the only seat where polling has already been announced is Gurdaspur in Punjab, which fell vacant due to the death of sitting BJP Member of Parliament and veteran actor Vinod Khanna. Polling for the seat will take place on 11 October, and the result will be announced on 15 October.

According to the officials of Election Commission (EC), polling for the other seats is likely to take place in due course.

These eight seats include those which fell vacant due to deaths of sitting members, such as BJP leaders Mahant Chand Nath (Alwar) and Sanwar Lal Jat (Ajmer) from Rajasthan, People's Democratic Party (PDP) founder Mufti Mohammad Sayeed from Anantnag in Jammu and Kashmir, Mohammad Taslimuddin of Rashtriya Janata Dal (RJD) from Araria in Bihar and Sultan Ahmed of Trinamool Congress from Uluberia in West Bengal.

The BJP is in power in Rajasthan and is looking for an encore in the assembly elections due next year, while it claimed power in Uttar Pradesh this year following a landslide verdict in its favour. In Jammu and Kashmir, the party is in power as part of a coalition-led by the People's Democratic Party (PDP). The electoral battle in West Bengal is also crucial because the BJP is trying to make inroads in the state.

“The result of these Lok Sabha bypolls will be really significant for all the political parties but most for the BJP because it has the highest stakes. There is a growing debate on the state of the economy and some criticism on it has come from within the party, the BJP will aim at an impressive electoral performance so that it can silence some of its critics,” said S K Dwivedi, a political analyst and professor of political science, Lucknow University.

“In the run-up to the 2019 Lok Sabha elections, these polls are very significant. All political parties will formulate their future strategies on the basis of their results,” he added.