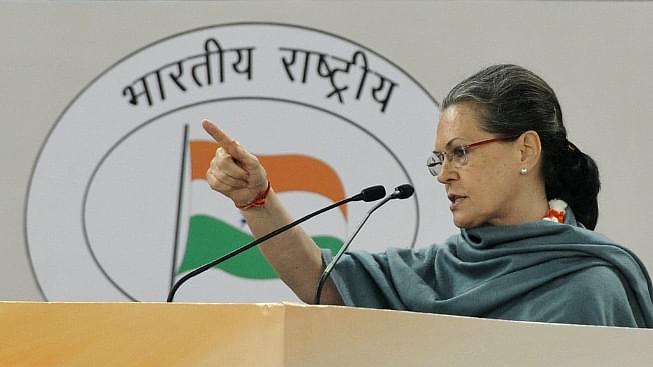 In 2012, there were only 11 minority schools in Chandigarh. By 2017, that number had risen to 22. Now, there are 73 recognised private schools in the city, meaning 30 per cent of the schools have acquired the minority status.

Over a five-year-period, this small city has seen a big jump in educational institutions with a minority tag.

First, the Right to Education (RTE) Act came into force across the country. This law nationalised 25 per cent of the seats in private schools, which were mandated to fill this quota with students from disadvantaged groups such as Scheduled Castes, Scheduled Tribes, Other Backward Classes, and others from weaker sections, at highly subsidised fees.

The RTE drastically curtailed the right of schools to select students of their choice through admission tests. “Any screening procedure” to admit students was outlawed not just for the 25 per cent reserved category, but also for the 75 per cent general category.

Various infrastructure commitments were also imposed on schools, failing which they could be denied a no-objection certificate (NOC) from the education department. This would mean: shut shop or invest heavily in hard infrastructure to stay afloat.

Second, and this is key to understanding why the minority boom happened in Chandigarh, the Supreme Court of India in its judgment exempted minority schools from the ambit of RTE, stating protections given to them under the Constitution in Articles 30 (1) and 15 (5). These Articles give minority institutions unbridled autonomy from government interference. While Article 30 (1) was a positive right given to minorities by the modern republic’s founding fathers, Article 15 (5) was a negative right bestowed upon them by the mother of sectarian schemes, Sonia Gandhi, through the 93rd Constitutional Amendment, soon after coming to power in 2005.

These two developments meant that while Hindu schools were burdened with binders full of RTE regulations, minority schools were to be free of any such shackles, enjoying institutional autonomy that would make schools even in first-world countries green with envy.

This isn’t all. In November 2004, the Congress government notified the National Commission for Minority Educational Institutions (NCMEI) by an ordinance when the party had just 145 members in Parliament! The NCMEI is a communal body which can’t have a Hindu as its member. In India. Imagine the chutzpah.

In November 2004, Atal Behari Vajpayee was probably still hoping to return as prime minister, fashioning the probable fall of the government with Congress strength in a rickety, fledgling coalition.

The NCMEI basically usurps the NOC-granting powers of the education departments in states. Any minority institution in the country can bypass the jurisdiction of the states in which they are established and directly appeal to this body for redressal of their grievances, chief among them, getting the minority tag, which is an all-powerful no-objection certificate. We already know the importance of getting such a tag.

Before the RTE became a law, only a handful of institutions cared for the minority status as government interference and regulations weren’t excessive. But as elaborated earlier, the law changed the rules of the game in 2012. Six schools approach the NCMEI for the coveted status and got it before 2014; two were awarded it in 2014 itself, and three more were granted last year. Most of these schools are run by Christians and Sikhs.

Activists, parents, and education departments are worried about the rush among elite schools of the city to make a dash for the minority tag. They believe that the schools are doing this just to avoid implementing the RTE Act. The Chandigarh education department has taken three schools to court questioning the authenticity of their claims that they are a minority institution.

Chandigarh’s Deputy Director (School Education), Chanchal Singh, was quoted by the Indian Express in 2016 saying “The admission guidelines of some of these schools do not even reflect that they give preference to children from religious or linguistic minorities.” What the department doesn’t understand is that the only criterion needed for a school to be declared a minority school is that it should be established or run by a member belonging to one of the six national minorities certified by National Commission for Minorities (NCM): Muslims, Christians, Sikhs, Buddhists, Jains, and Parsis. And they don’t need to convince anyone except the NCMEI, whose powers in the matter are final.

We appear to be living under a sectarian regime where a legal body of minorities authenticates other minorities to enjoy benefits reserved only for minorities!

The education department recently got a taste of real autonomy that comes with the minority status. St Kabir Public School in Chandigarh was recognised in 2016 by the NCMEI as a Sikh-minority institution. The Chandigarh Union Territory government challenged the status citing an agreement that the latter had signed under the Land Allotment Scheme due to which the school got land from the government at a concessional rate.

According to notifications issued from time to time under Chandigarh Lease Hold of Sites and Buildings Rule of 1973, all schools, whether minority or not, who got the lands, had to abide by the Chandigarh government’s regulations and reserve 5-15 per cent of seats for students from the economically weaker sections. Minority schools are, however, not obliging.

The Chandigarh government’s Director for School Education Rubinderjit Singh Brar on 7 March commented that, “The minority schools are exempted from RTE Act but like non-minority schools they are also under the mandate to reserve some seats for EWS category under land allotment scheme.” He is under the wrong impression. As the NCMEI chairman clarified a couple of years ago, “no quota is applicable to minority educational institutions”.

Chandigarh is not alone. The changing profile of schools in city after city shows how minority institutions are booming while non-minority ones are languishing. It’s a travesty that there is no end in sight to this sectarian legal framework designed under the tutelage of Sonia Gandhi.