Can Suvendu Become Bengal’s Himanta? The Answer Is A Qualified ‘Yes’ 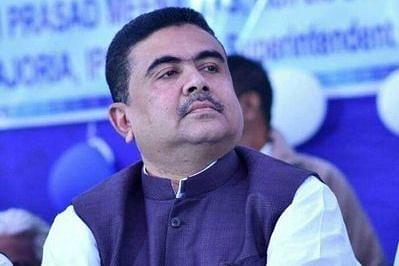 The election of Nandigram MLA Suvendu Adhikari as head of the Bharatiya Janata Party (BJP) legislature party has enthused a large number of embattled BJP cadres and supporters who have been subjected to horrific atrocities for over a week now.

A number of BJP functionaries and supporters are pinning their hopes on Adhikari to put up a strong resistance to the Trinamool both inside the assembly and outside it.

Comparisons are also being drawn between Adhikari and Assam’s new Chief Minister Himanta Biswa Sarma, and not because both are roughly the same age (Sarma is 52 and Adhikari is a year younger).

Adhikari is being billed as Bengal BJP’s best bet and Bengal’s answer to Assam’s Sarma. But can Adhikari do in Bengal what Sarma has been doing in Assam?

The answer is a qualified ‘yes’. Suvendu Adhikari, a gutsy and no-nonsense leader who has it in him to stand up to Trinamool’s terror, can steer the BJP to a strong position.

But for that to happen, Adhikari has to be given a completely free hand by the BJP central leadership, which must also back him unreservedly with all the resources that he needs.

Many within the BJP, especially those with an Rashtriya Swayamsevak Sangh (RSS) background, are wary of Adhikari since he is a recent entrant from the Trinamool.

But, and this is not known to many outside his family, Adhikari was a regular at RSS shakhas when he was a young boy. He is a devout Hindu and well-versed in the scriptures, quite like Sarma.

Sarma was also in the Congress till July 2014 and joined the BJP in August 2015, a few months before he led the saffron party to a handsome victory in May 2016.

Incidentally, the reason for Sarma’s exit from the Congress and Adhikari leaving the Trinamool are similar.

While Sarma considered himself to be the natural successor to then chief minister Tarun Gogoi, Adhikari was also widely perceived to be the next in line to succeed Mamata Banerjee in the Trinamool.

Sarma had a bitter fallout with Tarun Gogoi when he (Gogoi) tried to anoint his son Gourav as his successor. Differences between Adhikari and his party chief started when the latter started promoting her nephew, Abhishek Banerjee, as her successor.

Sarma was close to Tarun Gogoi and his able lieutenant. Adhikari, too, was a close aide of Mamata Banerjee and was the principal strategist of the Nandigram anti-land acquisition agitation that propelled Banerjee to power in Bengal.

Like Sarma, Adhikari also cut his political teeth in student politics. While Sarma started off as an activist in the All Assam Students’ Union (AASU), Adhikari joined and rose in the ranks of the Chatra Parishad (the students’ wing of the Congress).

Less than a year after Mamata Banerjee broke away from the Congress and launched her own party in 1998, Suvendu Adhikari joined the Trinamool.

Though he was elected as a councillor of Kanthi municipality (which his father Sisir Adhikari headed as chairman for many years) in 1995, Adhikari faced defeat when he contested assembly elections for the first time in 2001.

Himanta Biswa Sarma, too, faced defeat when he contested the assembly elections for the first time in 1996. But he emerged victorious in 2001 and has, since then, been winning from his seat (Jalukbari constituency).

Adhikari won the assembly polls in his second attempt in 2006, and has been winning all elections he has contested since then.

In recognition of his political and organisational skills, Mamata Banerjee made Suvendu Adhikari the in-charge of the party machinery in Jangal Mahal (comprising the Paschim Medinipur, Bankura, Purulia and Jhargram districts).

Adhikari was singularly responsible for establishing the Trinamool’s presence in that red citadel and in uprooting the Left from there.

Mamata Banerjee rewarded him by making him the head of the Trinamool Youth Congress. Adhikari contested and won the Tamluk Lok Sabha seat in 2009 and 2014.

His disgruntlement with Mamata Banerjee started cropping up in 2011 when she launched a separate youth wing of the party – Trinamool Yuva – and made Abhishek Banerjee its head.

Adhikari, who had gained a lot of popularity within the Trinamool because of his ‘achievements’, saw Abhishek as a challenger to his ‘number two’ position in the party.

Mamata Banerjee’s promotion of her nephew Abhishek angered the ambitious Adhikari. The latter realised that he would never get the top post – that of the chief minister – in the Trinamool.

It was then that Adhikari started exploring political options outside the Trinamool. Mamata Banerjee soon realised that Adhikari could inflict a lot of damage and got him to contest the assembly elections from Nandigram in 2016.

Adhikari won and was inducted as transport minister. He was later given some other portfolios. But Adhikari anger over what he perceived as raw treatment meted out to him persisted.

He resigned from the Mamata Banerjee cabinet in November last year and as an MLA a month later. He joined the BJP on 19 December last year.

Adhikari’s performance as minister was creditable. But more than that, it is his superb organisational skills, his daring and his fighting spirit, his standing up to seemingly insurmountable odds and his excellent political acumen – all of which were on display during the Nandigram movement – that marked him out as a politician par excellence.

These are the qualities that will be crucial in propelling the BJP forward in Bengal. The BJP needs to harness these qualities in Suvendu Adhikari to not only stay afloat in Bengal, but also mount a credible and strong challenge to the Trinamool.

Suvendu Adhikari, all said and done, is the only charismatic leader in the BJP who can more than match Mamata Banerjee.

The BJP needs to correct its monumental folly of 2021 (of not projecting a chief ministerial candidate) through Suvendu Adhikari’s able leadership of the party.

But for all that to happen, the BJP central leadership should remove all irritants in Adhikari’s path and give him a free hand in steering the party.

The BJP central leadership needs to send a strong and clear message to Adhikari’s detractors within the party – and there are still quite a few old-timers who are not enamoured of him – that they need to either cooperate with Suvendu or step aside.

The BJP should also ensure that its organisational wing (headed by state president Dilip Ghosh) cooperates fully with Adhikari.

The BJP central leadership gave Himanta Biswa Sarma a free hand in steering the party since 2015, and ensured that parallel power centres did not emerge as irritants for Sarma.

And this time, it has even made him the Chief Minister of the state in recognition of his political skills and administrative acumen.

The BJP central leadership ought to similarly smoothen the path for Suvendu Adhikari and empower him to lead the party to a victory in 2026, if not earlier.