Captain Amarinder Singh Versus Navjot Singh Sidhu: Is Congress Snatching Defeat From The Jaws Of Victory? 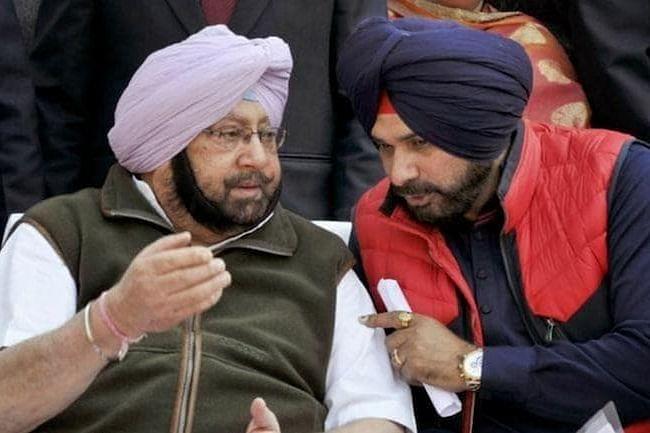 It was one of the easiest elections for the Indian National Congress, for Punjab was a state the Gandhis could have pocketed without even moving out of 10 Janpath. However, under the leadership of the party high command, the Congress is busy, needlessly, complicating matters ahead of the 2022 elections.

Like many cricket teams, Congress, led by the Gandhis, is struggling when it comes to the transition of power and state leadership, state after state.

In Madhya Pradesh, Kamal Nath was appointed as the Chief Minister while Jyotiraditya Scindia was made to wait, the decision proving to be politically expensive eventually. In Rajasthan, a political conflict is quietly brewing between Ashok Gehlot and Sachin Pilot, the consequences of which could dent the state unit's chances ahead of 2023 and 2024 elections.

In Punjab, the challenge is now to look beyond Captain Amarinder Singh, and after months of deliberation and discussions, the Gandhis have chosen to rest their faith in Navjot Singh Sidhu, appointing him as the Punjab Congress chief with immediate effect on 18 July.

The political urgency that was needed in Madhya Pradesh in 2019 is being ushered in Punjab right now. The false equivalence being drawn between Captain Amarinder Singh and Kamal Nath or Ashok Gehlot is a mistake the Congress leadership is making, one that could come back to haunt them in the future.

Singh, since the late 1990s, has conducted the political affairs of the state with the blessings of the Gandhis, but from a distance. In the state, Singh, very much integrated within the Congress structure, is seen politically, independent of the Gandhis and their legacy. Therefore, no state election carries the political and emotional baggage of 1984 violence against Sikhs in Delhi, until now.

Even during most election campaigns, it was Singh who ran the show, with occasional appearances from the Gandhis. He did not disappoint the party leadership too, winning majority seats in the state in the face of a Bharatiya Janata Party (BJP) wave, in 2014 and 2019.

The appointment of Sidhu as the Punjab Congress chief is a year or two too early, for there is nothing for him to win in 2022, but only to lose. Thanks to the melodrama around the farmer protests, the political odds favoured the Congress in the state by a mile, Singh’s easy victory was much a guarantee as Arvind Kejriwal offering in any election he contests.

Ideally, the appointment of Sidhu should have come a year after 2022, ahead of the 2024 elections, for that is when Singh could have been pushed to opt for a respectful retirement. Managing and massaging the egos on both sides, Sidhu could have been given the post of the deputy chief minister, a possibility even now, though a difficult one after the appointment.

With the move, 10 Janpath has created two factions within the same party. The Chief Minister and the party chief shall now be seen battling each other when it comes to the allocation of seats in 2022, amongst other issues. Being denied a ticket could result in some MLAs jumping ship.

Sidhu, however, has a lot going in his favour with the appointment. Firstly, he gets a clear shot at becoming the chief minister, an aspiration he has harboured for long while being with different political outfits.

Two, there is an imminent personality vacuum in the state’s politics given both Prakash Singh Badal and Amarinder Singh are close to retiring from active politics and will not be the face of their respective parties in 2024 or 2027. Thus, Sidhu's appointment gives him the first-movers advantage as another generation of leaders take control of the state's politics and the Badal family finds itself politically vulnerable.

Three, both the Aam Aadmi Party and the BJP are no longer a significant political force in the state, at least in the short term. Four, the people in the state have been desperate for a change, especially after being an electoral ping-pong ball between the Akalis and Amarinder Singh for almost two decades.

Sidhu’s persona and political acumen would also be put to test here. While his stints with cricket, television and several political outputs make him a face people resonate with, it all comes with a baggage of unpredictability.

His soft-leaning towards Pakistan will also be an issue for the other parties to play around with. Also, being backed by 10 Janpath will come with its set of challenges for Sidhu as the violence of 1984 and its consequences become politically relevant again in the state.

The treatment meted out to Singh will also be a factor when people approach the voting booths. Articulate politicians seldom make for great leaders, as the Congress should have learned by now.

However, the actual electoral implications of it will depend largely on how Singh’s demands are accommodated within the new party structure and ticket distribution.

What Congress has risked with this early appointment is dividing the party into two factions, and while the party is still favourite to win the 2022 elections, the division will hamper the prospects in the longer run.

The waiting game was essential here, and Congress pestered by Sidhu, chose to jump the queue, and now, political chaos is set to unravel. While BJP should ponder over the idea of political poaching, Congress must stop acting desperate to snatch defeat from the jaws of victory. 10 Janpath must show their oldest stalwart in the state the respect he deserves, or else, it will set the wrong precedent.

The ball is in the court of the Captain now.