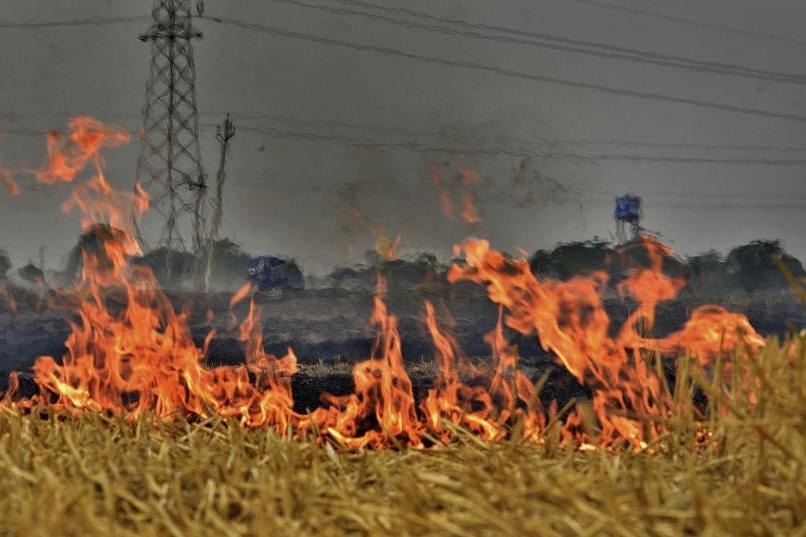 A rather shameless display of political hypocrisy and criticism of convenience has been on display for the past few days, since the onset of the annual festive season in India, only to be aggravated further a day after Diwali.

Nowhere has this display been more alienated from truth than the National Capital Region (NCR).

Before Diwali, the narrative was that firecrackers cause pollution and therefore, there must be a complete ban on their storage, trade, transfer, and sale. This resulted in an announcement as early as September from the Delhi Chief Minister Arvind Kejriwal.

The forced ban, without any research or rationale, became a reference point for other state governments and the judiciary.

A day after Diwali, as is the case every year, the air quality was at its worst in New Delhi, and the depletion was attributed to the firecrackers. From local news outlets to global, Diwali and firecrackers became an easy target for the resulting smog in Delhi. Everyone, conveniently, seemed to forget that there was a total ban on crackers in NCR, and while there was little defiance, the ban was more or less successful.

The false attribution to Diwali and firecrackers must be called out for a number of reasons.

Firstly, this unchecked attribution becomes a reference point for the succeeding year for the governments to impose a new set of bans which has an economic cost attached to it.

Two, this anti-Hindu propaganda, masquerading as environmental activism, is then amplified and used to dilute other festivals like Ganesh Puja and as was the case this year, Dussehra.

Three, it gives a free pass to the ones actually responsible for the pollution across the year, for governments and judiciary are too busy chest-thumping their ordered bans on firecrackers to realise the actual origins of pollution and the real culprits on the ground, especially during the weeks around Dussehra and Diwali.

Calling out the silence on stubble burning is no rocket science. A few minutes spent on NASA’s FIRMS (Fire Information For Resource Management System) gives enough insights on how stubble burning in the neighbouring state of Punjab is the cause for the wretched air quality in the national capital.

If one looks at the data for the six weeks preceding Diwali, there is a sharp increase in the instances of stubble burning, peaking in the final week (maps below). Complemented by the movement of wind in the south-east direction from Punjab, the resultant smoke from the stubble burning ends up choking the city of Delhi.

Especially, on the festive days of Dussehra and Diwali (maps below), the stubble burning instances peak, thus helping the propaganda of some who want people to believe that burning the effigies of Ravana or bursting a few crackers during Diwali can create a blanket of smog above the entire NCR.

The political silence on stubble burning this year can be easily attributed to the Assembly Elections in the state in 2022 and the ongoing farmers’ protest against the three farm laws introduced during the pandemic. Already, the state of Punjab is infamous for spoiling its farmers with free water and electricity that has caused an almost irreversible damage to the state’s water tables.

Motivated by the record MSP procurements, the farmers of Punjab have little regard to environment when it comes to cultivation.

Even without the seasonal stubble burning, Delhi has enough problems of its own when it comes to pollution. As validated by a study by IIT-Kanpur in 2016, conducted across five years, the pollution problem goes much beyond firecrackers, stubble, and the festival of Diwali.

These days included the day of Diwali and the following day. Interestingly, for the same duration, there were 469 days of very unhealthy levels and 154 days of hazardous levels. Additionally, there were 632 days of unhealthy PM 2.5 levels.

Thus, for every week, Delhi has air-quality anywhere between unhealthy and hazardous for five days. However, because the smog is visible only in these few days around the festive season, the state government and judiciary choose to react, while turning a blind eye to what they cannot see or use for their political gains.

After all, it was the Delhi CM himself who was battling for the rights of the farmers of Punjab to burn stubble. In his bid to appease a potential electorate, Kejriwal chose to make a scapegoat of his existing electorate in Delhi.

Firecrackers are the last thing you should be blaming this smog season on. Blame — if at all you must — should start with Arvind Kejriwal.