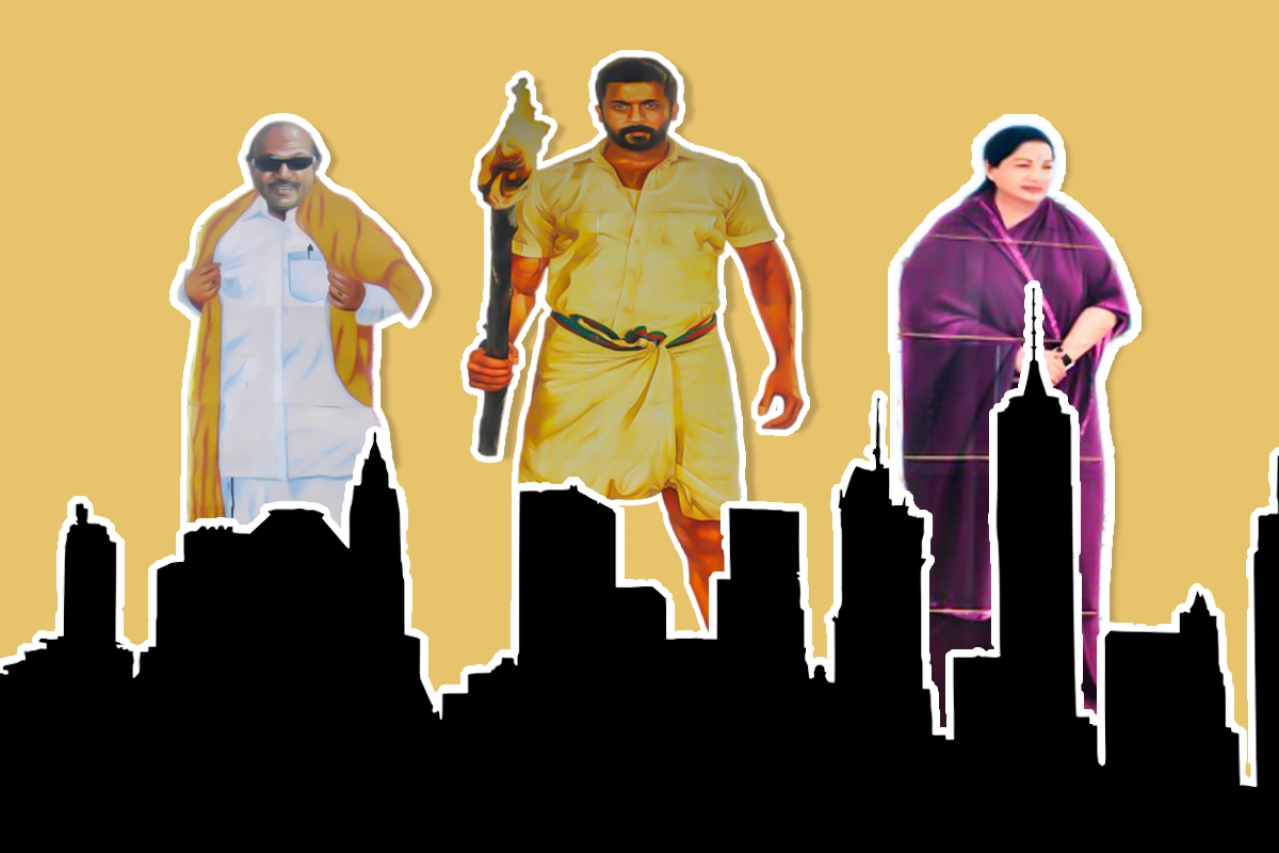 Last week, a 23-year-old software engineer R Subashree was killed in a freak accident near Chennai’s Information Technology hub. The young woman was riding a two-wheeler when a hoarding fell on her and threw her off balance.

Subashree fell off her vehicle and a water tanker following her vehicle ran over and crushed her to death. The death of the young woman sparked off a controversy over the hoardings being put up in Tamil Nadu by various political parties.

In this instance, the hoarding was put up by a functionary of the ruling All-India Anna Dravida Munnetra Kazhagam (AIADMK), S Jayagopal, for a wedding in the family. Tamil Nadu police detained the driver of the tanker immediately but have been unable to nab Jayagopal until now.

The death infuriated the Madras High Court so much that Justice N Seshasayee remarked that the court has lost faith in the government.

There is a valid reason for the High Court to be agitated over the death as it has time and again asked the Tamil Nadu government to crack down on cutouts, banners, and hoardings being put up across the state but in vain.

Incidents like the death of Subhashree are waiting to happen when ruling party politicians --- both AIADMK and Dravida Munnetra Kazhagam (DMK) --- and bureaucrats have been ignoring court orders.

Nothing can be starker example of this than the attack on a Greater Chennai Corporation engineer on 15 September by functionaries of the Marumalarchi DMK (MDMK) party. The engineer was roughed up and injured when he was trying to remove the banners at Nandanam near Saidapet in Chennai following the High Court's remarks.

MDMK’s Chennai south-west district secretary, P Subramani, was arrested in this connection and sent to the central prison in suburban Puzhal.

A far more stunning incident took place in December 2015, which perhaps explains why cutouts, hoardings, and banners continue to be displayed in Tamil Nadu despite the Madras High Court orders.

On 31 December 2015, the then Tamil Nadu chief minister J Jayalalithaa took to the city roads from AIADMK headquarters in Royapettah to Thiruvanmiyur, where her party’s general council was being held.

The entire 12 km stretch of her route was lined with cutouts and banners that affected traffic movement. Angered over the sluggish traffic movement on the stretch, three activists of a non-government organisation --- Arappor Iyakkam --- pulled down some of the banners.

For pulling down the banners and clearing the road for traffic, the three activists were arrested and made to spend the New Year behind bars at the Puzhal central prison.

Last year, “Traffic Ramasamy”, an 83-year-old activist, was attacked by AIADMK activists in the presence of police when he attempted to bring down banners put up on the arterial Kamaraj Salai outside the memorial built for the party founder, M G Ramachandran, in Chennai.

The AIADMK activists, apart from attacking Ramasamy, demanded his arrest by the police. The social activist has been attacked earlier on a couple of occasions too for tearing down banners.

Incidentally, the Madras High Court remarks expressing its lack of faith in the state government were made during the hearing of a contempt petition filed by Ramasamy over non-compliance of the court orders banning banners and hoardings.

On 27 October last year, a Madras High Court bench in which Justice Seshasayee was a member, pulled up the Tamil Nadu government for not implementing its directions to bar hoardings.

The most ironical aspect of the Madras High Court hearing is that since 2011 it has been directing the state government to ensure that hoardings and banners are not put up blocking roads.

The practice of putting up cutouts, hoardings, and banners became a common feature of Tamil Nadu politics during the first regime of the late Jayalalithaa (1991-96).

One of the vivid memories of cutouts put up during the period was the one for the late AIADMK supremo at the intersection of Radhakrishnan Salai-Kamarajar Road opposite the Tamil Nadu Director General of Police office.

The huge cutout of Jayalalitha remained for months together during her first term. It was probably put up by a party cadre who wanted to catch her eye since her vehicle would take a turn at that junction to the Secretariat from her Poes Garden residence or vice-versa.

The cutout and banner cult is something that has been carried over to politics from the Tamil film industry where cutouts and banners are common for matinee idols and box office stars.

A couple of months ago, the world's largest cutout was put up for Surya Sivakumar on the eve of the release of his film NGK.

The cutout and banner case isn’t the only one that Tamil Nadu politicians and bureaucrats have turned a blind eye to. There are quite a few other cases too.

One of the most daring one is the non-implementation of the helmet rule in Tamil Nadu despite the High Court time and again warning the administration.

In the last few months, the Madras High Court has repeatedly ordered the officials to act. It even sought video recordings of compliance of the law that makes it compulsory for two-wheeler drivers and pillion riders to wear helmets.

Since the police and officials have been coming up with one excuse or the other, on 29 August the Madras High Court issued an ultimatum to the government.

The case of idols thefts from temples in Tamil Nadu is another example of how the state government is ignoring the court orders.

Retired police inspector general, Pon Manickavel, who has been ordered by the Madras High Court to investigate the idol thefts, has gone public with how the state government has been disobeying court orders.

This also brings to memory an incident that took place in the Madras High Court in 1988. A bench of the court was hearing a petition to allow the release of the Tamil film “Orey Oru Gramathilae” (In a village).

The film, which won the 1989 National Award for films on social issues, took a critical view of the reservation policy. When the judges took up the petition, a group of people belonging to the Dravidar Kazhagam stormed the court and shouted slogans.

In a landmark judgment, the Supreme Court ordered that the film be allowed to be screened to protect freedom of expression. But to date, the film has not seen the light of the day, thanks to Dravidian politics.

These are examples of how court rules are flouted openly by politicians and bureaucrats in Tamil Nadu repeatedly. And by flouting the court orders, incidents such as the one that claimed the life of a young woman continue to occur.

Get Swarajya in your inbox everyday. Subscribe here.
Tags:
77 Shares