Chhattisgarh CM Bhupesh Baghel Says Centre Did Not Alert States About Second Covid-19 Wave. He Is Either Ignorant Or Deliberately Misleading 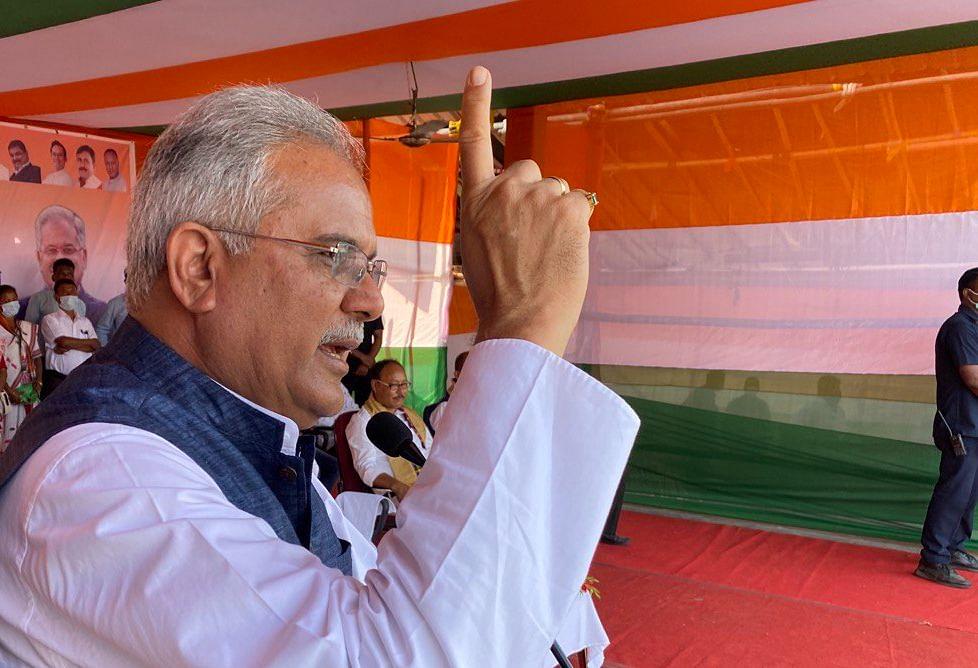 Chhattisgarh Chief Minister Bhupesh Baghel, who has returned to the state after an extensive campaign for the Congress in Assam, has given at least two interviews over the last few days blaming the Narendra Modi government for the second wave of Covid-19, saying the Centre did not alert states.

“During the first wave, we had sealed the borders early so we managed to contain the spread. But as far as the second wave is concerned, the Centre did not issue any alert to the states. They knew about it but they did not issue any alerts,” the Chhattisgarh Chief Minister told ThePrint in an interview on 21 April.

Baghel had made similar claims in an interview to the Indian Express on 20 April.

“This is the Central government’s mistake. The Indian government could not even advise, provide a guideline for the second wave..,” the Chief Minister said.

“...we kept listening to his lectures all through the year,” he said.

Baghel’s claims, however, are incorrect: either he is deliberately misleading, or he knows very little about his own government.

The Centre sent alerts to states as the number of Covid-19 cases started rising.

The Modi government alerted Chhattisgarh and other states, including Maharashtra, about an upsurge in the number of Covid-19 cases as early as 7 January 2021.

According to this release by the Press Information Bureau (PIB), the Union Health Secretary had written to Maharashtra, Kerala, Chhattisgarh and West Bengal on 7 January 2021 requesting the states to take measures to curb the spike in Covid-19 cases. At that point, the four states — all ruled by opposition parties — comprised nearly 60 per cent of the total active cases of Covid-19 in the country.

A Press Trust of India report on this alert by the Centre to states was carried by many news outlets, including ThePrint, Outlook and News18.

Another release by the PIB, dated 21 February, says the Centre wrote to states witnessing a spike in the number of Covid-19 infections.

“Of late it is seen that there has been a spike in the daily cases in Chhattisgarh....,” the press note by the Ministry of Health and Family Welfare notes.

On 24 February, it was reported that the Centre had written to seven states, including Chhattisgarh, regarding the surge in Covid-19 cases.

In the note, the Union Health Secretary urged states “to focus on undertaking aggressive measures to break the chain of transmission and to ensure that RT-PCR testing is amplified to flush out hitherto undetected cases from the population.”

“The Centre has reminded the States/UTs that any laxity in implementing stringent measures to curb the spread, especially in view of new strain of virus observed in certain countries, could compound the situation,” the press note reads.

On 28 February, a PIB release said the “Cabinet Secretary chaired a high-level review meeting yesterday with the States/UTs exhibiting a surge in cases”.

Chhattisgarh was one of these states.

“The Centre has been engaging with the States exhibiting higher caseload of active cases and those reporting a spike in the daily new COVID cases,” the PIB note says, adding, “Need for effective testing, comprehensive tracking, prompt isolation of positive cases and quick quarantine of close contacts were also strongly emphasized.”

This is not an exhaustive list of the alerts sent by the Centre to the states on the rising number of Covid-19 cases but it clearly shows that the Modi government had issued multiple reminders to states, including Chhattisgarh, to not let their guard down.

All these calls, it seems, went unheard in Raipur.

It’s also worth remembering that when the Centre was sending these alerts, the state’s Health Minister, T S Singh Deo, was busy fueling vaccine hesitancy by casting doubts over the safety of COVAXIN, India’s first indigenous vaccine against Covid-19 developed by Bharat Biotech in collaboration with the Indian Council of Medical Research. It’s unsettling that Deo has managed to get away with this act, which put the lives of lakhs of Indian citizens at risk, unscathed.

It’s hard to imagine that Baghel disagreed with Deo on COVAXIN because he did not make any effort to dispel this notion. But it’s doubly troubling that the Chief Minister, now facing criticism for his inability to act in time, is blaming the Centre, even as he indulges in political one-upmanship everyday on the issue of vaccination.