Chidambaram Says No Major Economist Supports Demonetisation. Well, Here Are Seven Who Do. 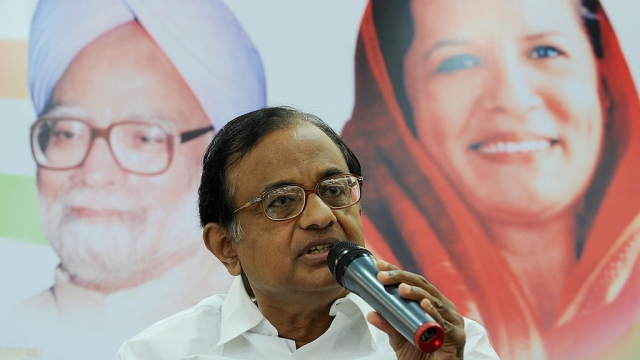 “This is an absurd, thoughtless move, and no one in the world has a good word for it. Every major newspaper and economist has condemned it,” the Indian Express quoted former finance minister Palaniappan Chidambaram as saying today. He said the government should have at least consulted Yashwant Sinha or Manmohan Singh before going through with the move.

Chidambaram is of course trying to be too clever by half. Sinha is not an economist and it was under Singh that proliferation of the high denomination currency took place. During the 10 years of the United Progressive Alliance government, the country also saw the effect of the policies of Singh the economist.

As always, Chidambaram is being economical with the truth when he says “every major economist has condemned” the demonetisation move. There are, in fact, many qualified economists who have supported the move and listed various long-term benefits such as a fall in interest rates, better tax compliance, lakhs of crores of windfall for the government as informal transactions become part of the formal economy and a boost to the much-needed recapitalisation of banks battered by non-performing assets.

These are, however, long-term benefits, and Chidambaram’s former boss believes, in the words of British economist John Maynard Keynes, “in the long run we are all dead”. Policymakers, however eminent, who can’t see beyond short-term gains must probably not be consulted for a move like this.

Here are some of the top economists and commentators who have supported Prime Minister Narendra Modi’s demonetisation drive:

An eminent economist who is a professor at Columbia University, Bhagwati co-authored a piece for the Times of India (13 December) with Pravin Krishna, Professor of International Economics at Johns Hopkins University, and Suresh Sundaresan, Professor of Finance at Columbia Business School, advocating the withdrawal of specific currency notes. Here’s what they wrote:

This is a courageous and substantive economic reform that, despite the significant transition costs, has the potential to generate large future benefits.India is largely a cash-driven economy, though a rapidly growing percentage of the population is becoming tech savvy. A shadow economy reliant on cash transactions and evading taxes, especially on high value transactions such as real estate purchases, gold, and intrinsically illegal activity, has taken deep and highly persistent root. Counterfeiting of Indian rupee notes and their subsequent use in funding of terrorist activities has also been an important concern.While the pernicious effects of a large black economy and tax avoidance have been well recognised, no tangible policy action has been taken until now. Modi’s radical move to invalidate the high denomination notes, in which the black economy primarily transacts, is a daring step.

The Times of India

A renowned economist with degrees from Delhi School of Economics and Trinity College, Cambridge, Debroy is currently a member of NITI Aayog, central government’s policy think tank. Hitting out at economists criticising the demonetisation step, Debroy said in an interview:

Economists base their understanding essentially on reading English newspapers. Otherwise, how would they know? English language newspapers understood many things wrongly. Where does Dr Kaushik Basu work now? He is based in US. I have a great deal of respect for him… Someone who is away from India may not necessarily be aware what is happening in India. Basu will probably react to things like financial inclusion on the basis of data that is three years old. He does not know what happened as a result of Pradhan Mantri Jan Dhan Yojana (PMJDY).

He is chairman of Oxus Investments, a Delhi-based economic research and advisory firm. He was a professor at Delhi School of Economics, and has worked at the World Bank. Bhalla has called demonetisation a bold step and a bigger reform than the goods and services tax, or the GST.

The fight against corruption and black money in India has just begun. If successful, this will go down as the biggest reform in India, bigger than the GST (though the two are related) and bigger than the industrial policy reform of 1991. But, and there is a but, while the policy is very effective in its attack on past black money, it is silent on the creation of money.

However, Bhalla said the demonetisation move would be called an utter failure if other reforms did not follow it.

But, if other policy measures to reform India are not forthcoming (decline in personal income tax rates to discourage tax evasion, elimination of stamp duty and long-term tax rates on property, a clampdown on the extortion power of tax officials, and reform of election funding), then history will view demonetisation as a colossal failure of thought and reform. It would be so unlike PM Modi to stop here, and I am not betting that he will.

Though Virmani admitted the step will hurt small businesses, he said it was a “useful method of flushing out black money”.

This is a useful method of flushing out black money, given that a large percentage of cash holding is in these two denominations. The manner in which it was implemented is not surprising – such actions are always secret till announced, so that insiders do not take advantage of the information at the cost of the outsiders.

Nageswaran is a noted economist and public policy commentator based in Singapore. He has made several insightful interventions on the dangers of judging the government’s move to withdraw Rs 500 and Rs 1,000 currency notes based on short-term implementation challenges.

In his thoughtful cover piece written for Swarajya’s December print edition, Nageswaran highlighted the risk taken by the prime minister and said the move had to succeed as it could transform both our economy and society.

The short-term costs of inconvenience and hardship are visible and there could be costs in terms of economic growth for the next few quarters. But the benefits to the economy would be several and would accrue over several years and even decades. It might even be infeasible to identify the benefits to this particular decision. For example, the government’s shock therapy on high-denomination notes might not just nudge but shove many self-employed professionals to earn their incomes officially through bank payments and declare them, rather than run the risk of them being confiscated or declared illegal. Such changes and turnarounds in behaviour would be hard to track and the magnitudes of the sums involved would be virtually impossible to estimate. Therefore, it is relatively easy to calculate the net present value of the decision as being overwhelmingly negative. Costs are being incurred by the poor here and now, and benefits would remain invisible for quite some time. So, it is all too easy to come up with a negative scorecard.

The executive editor of business newspaper Mint and a celebrated economics commentator, Rajadhyaksha wrote that the government’s move was “a rare, and perhaps unprecedented, natural experiment whose deeper effects will be known well after the dust settles down.” He called the currency reform a game-changer.

The point is that the currency reform is a game-changer in the true sense of the word. It is quite clear that the immediate impact on the economy will be negative. However, the massive expansion of bank deposits will bloat the contribution of financial services to the increase in gross domestic product in the third quarter, a statistical illusion that could downplay the real impact on economic growth.The real puzzle is what this means in the long run. Much depends on whether this exogenous shock alters citizen behaviour—in terms of whether less cash will be used in the future, whether the tax base will expand as more transactions are done through the formal financial system and if other policy measures restrict the creation of fresh black money.

Dehejia is a professor of economics at Carleton University in Canada and a resident senior fellow at IDFC Institute in Mumbai. He earned his PhD in economics from Columbia University under the supervision of Jagdish Bhagwati. He specialises in international trade, economic development and international macroeconomics.

He had this to say about Modi’s demonetisation drive:

Demonetisation is likely to have some good effects, and its bad effects are overhyped by critics, who either do not understand monetary economics or perhaps have a vested interest in seeing the laudable efforts of the government to crack down on black money fail. Let us give this a chance.

Here’s Why We Should Give Demonetisation Push A Fair Chance

This is just a short list of economists in India who support the demonetisation drive. If this doesn’t satisfy Chidambaram, he can proceed to read the views of four former Reserve Bank of India governors here, some of whom were nominated by and served under his party.