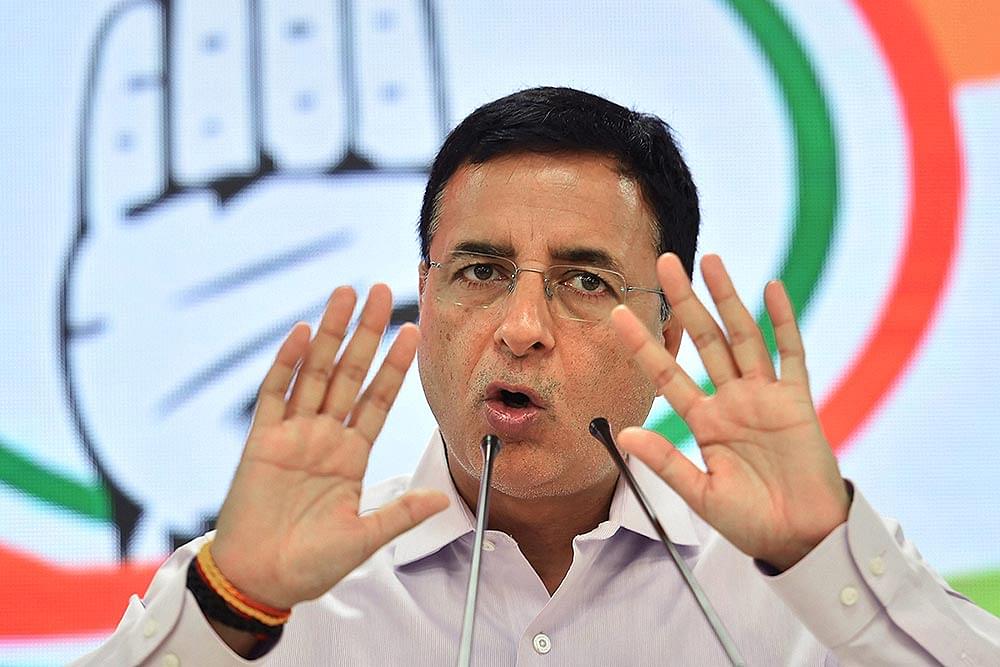 Severe infighting within the Bihar unit of the Congress, dissidence and an open revolt against ticket distribution have prompted the party’s central leadership to take control of the poll campaign.

The Congress central leadership is micromanaging the poll campaign, asking the state leaders to only carry out diktats of the leaders from Delhi.

The party's central leadership is also coordinating with the Rashtriya Janata Dal (RJD), the senior partner in the Grand Alliance (GA) or mahagathbandhan, so as to avoid any disputes between the state Congress and RJD.

Rahul Gandhi formed six panels a few days ago to conduct the Bihar poll campaign. That was after vociferous protests broke out over some controversial and tainted persons being given party tickets.

Many state party leaders also had run-ins with the RJD leadership. At one point in time, it appeared as if the GA will fall apart because RJD leaders were incensed over statements made by some state Congress leaders.

Some Congress leaders had threatened that their party would go it alone in the polls if the RJD does not offer it a respectable number of seats. The RJD dared those Congress leaders to live up to their threat.

The alliance was salvaged only with the intervention of Congress chief Sonia Gandhi, who has a good rapport with Lalu Yadav. Central Congress leaders then smoothed the RJD’s ruffled feathers.

The party’s state leadership is also very weak and does not command the respect and loyalty of Congress functionaries, especially at the grassroots level.

This was creating a lot of problems and grassroots-level workers were not following instructions and suggestions of the state leaders who they had no faith in.

The Congress central leadership received many representations from mid and lower-rung functionaries asking for its direct intervention in conducting the poll campaign.

Following all these developments, Rahul Gandhi formed six panels to oversee the party’s poll campaign in Bihar. None of the party’s top state leaders have been included in any of the panels.

In fact, All India Congress Committee (AICC) secretary and party’s national spokesperson Randeep Singh Surjewala has become the central figure of the party in Bihar.

“Surjewala is controlling everything and is the go-to man for everything. He is handling party funds, allocating responsibilities, fine tuning poll strategy and handling day-to-day affairs. A few other AICC leaders are helping him,” said a senior Bihar PCC functionary.

“Surjewala has got his own team of trusted aides from Delhi and Haryana (he belongs to that state) and everyone, including all candidates, report to them. Everything has to be vetted by Surjewala and his team,” said the PCC leader.

Surjewala and the AICC functionaries are also micro-managing campaigns of most of the 70-odd party candidates, including their media campaigns.

State leaders have been asked not to speak to the media and most sound bites are mostly provided by the central leaders.

The senior state leaders who have been unceremoniously sidelined are, understandably, angry. They are maintaining a low profile and have become inactive.

Most have also either disassociated themselves from election-related work or are carrying out their assignments in a perfunctory manner.

“Their non-cooperation or staying aloof will definitely harm the party’s prospects. They may not be mass leaders, but they still have more grassroots connect than the central leaders,” said another PCC office-bearer.

This central intervention will also harm the party in the long run.

“The impression that only the central leaders matter and the state leaders are of no consequence has gained ground and this is bad for the party. The Congress will never be able to grow in Bihar like this,” said a former PCC chief.