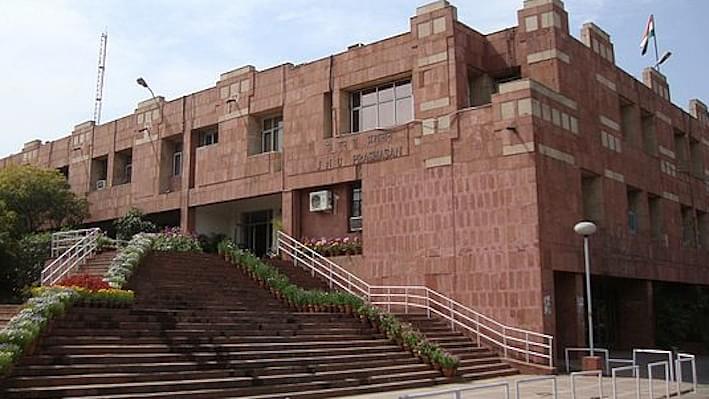 Awed by the cow Kamadhenu’s ability to effortlessly feed an army of several thousand soldiers and, when challenged, her power to vanquish his army, King Vishwamithra vowed to give up his kingdom to lead the life of an ascetic, who would also perform kathor tapasya to become a Brahmarishi like Vashishta. So the day Vishwamithra accepted the challenge to emulate Vashishta, he ceased to live his life according to his will. Instead, he started to lead a life which would make him a Brahmarishi like Vashishta.

This story of Vishwamithra has many episodes where he visits Vashishta after kathor tapasya to ask whether Vashishta would accept him as his equal - i.e. a Brahmarishi. On each occasion, Vashishta would look at Vishwamithra, concede that he had indeed become a Rishi but was not a Brahmarishi yet. In his effort to emulate Vashishta, Vishwamithra spent a great part of his life in tapasya, often foiled by the apsaras sent by Indra and once, in a moment of uncontrolled rage against Vishnu, even going as far as to create a Swargam for Trishanku, before eventually conquering his ego entirely to be accepted as a Brahmarishi by Vashishta.

I narrate this story because conservative Indians (essentially the earnest folk of India) seem to crave appreciation from the Left (essentially the perpetual cynics) – something akin to the plight of Vishwamithra. Since, both Vishwamithra and Vashishta were followers of Dharma, they were bound to resolve their differences at some future time. However, while conservative Indians are Dharmic, the Left is beholden to the Western Universal ideal. Therefore, there is no chance whatsoever of any reconciliation, leave alone any appreciation coming the way of the conservative Indian from the Left.

The Secular-Left-leaning TV channels and newspapers know that the nature and extent of coverage given to Kanhaiya Kumar, post his release on bail, was excessive. It was deliberate and it was a set response, which is part of their standard operating procedure (SOP). They have been losing traction since May 2014, and hence their excessive indignation over petty church vandalism and the VHP’s ghar wapsi, but nothing really happened. They called India intolerant because the Sahitya Akademi would not convene a special general body meeting to protest the against themurder of rationalists, even if the proximate cause of the murder had nothing to the with the ‘rationalist’ ideas espoused by the rationalist.

Though pushed with great vigour and zeal, the intolerance campaign did not work; actually it backfired badly. Such was the backlash that Shah Rukh Khan and Aamir Khan were roasted and became collateral damage in the battle of the Left Vs Narendra Modi.

The media knows that Arvind Kejriwal’s victory was not due to the Prime Minister’s inability to commiserate in time and express mea culpa over the small church break-ins, theft, or short circuits. The people of Delhi wanted a change from the two big national parties and gave an opportunity to AAP. The tactical transfer of the Congress vote in favour of AAP ensured a landslide.

They know that BJP with 24.5 percent of the popular vote in Bihar is way ahead of the RJD’s 17 percent or the JDU’s 16 percent. They understand that It was the electoral arithmetic which worked against BJP. They have the best psephologists among them and they understand these things only too well.

The pity is that these great psephologists, anchors and editors are also strategists for the Congress and the Left parties. So when, in their opinion, the government of India blundered by letting the police enter the Autonomous Republic of Jawaharlal Nehru University, it was payback time.

The moral equivalence that they sought to bring to the ugly and entirely unacceptable rowdy behaviour of some lawyers, with the anti-national sloganeering in the Autonomous Republic of JNU, was simply breath-taking in its audacity. One has to marvel at the manner in which the police reaction to the two criminal acts was highlighted, the assiduousness with which some top class investigative journalism was done to prove that two of the seven JNU videos were doctored, and then the conflation of the two fake videos to indirectly suggest that the events of 9 February 2016 may have nothing anti-national about them.

Should these worthies not also have done some research to understand how and wherefrom these ‘research scholars’ get their ideas on subaltern identities, psychoanalysis-based deconstruction of Hindu deities and gods? They do not have to do research to find out. They know the producers of such ideas; they celebrate them. Michel Witzel, Wendy Doniger, Gerald Larson, Sheldon Pollock …..

The left media will just not play fair; they have chosen their side and they are true to themselves.

The open letters to Kanhaiya Kumar are nothing but a case of the conservatives pleading, reasoning and cajoling the Left to appreciate their idea of nationalism.

Whenever you accept a challenge thrown at you, you have lost it – irrespective of the outcome, whether you are successful like Vishwamithra or not – because you have accepted the other person’s perspective and stopped leading your life according to your will. More the pity in the case of the conservative Indian seeking to impress the Left, for it is certain that the cynical left will never accept Indian nationalism as a valid idea.

The desire to seek approval from the Left is so deep seated that it manifests itself in many places. My young ABVP friends in the social sciences covet a seat in JNU. Surajit Dasgupta, in his wonderful account here, describes how students are manipulated in places like JNU by the system, how they fall for the elaborate trap laid by the left to get the unsuspecting youngster. In fairness to my young friends, I must say that the failure of democratic India to provide space for an Indian narrative to develop has left the conservative Indian student interested in the social sciences bereft of choices. They have nowhere to go to, other than JNU, HCU and TISS.

However, I would like to end with a positive note. Speaking to the BJP’s Youth Wing, Finance Minister Arun Jaitley claimed ideological victory for BJP. He said the Tihar stint had reformed Kanhaiya Kumar to such an extent that he now waved the national flag and like the BJP seeks freedom from dynastic rule, freedom from corruption and freedom from poverty and hunger!!

Conservative writers and those active in the social media must learn from the Finance Minister to set the agenda and think independently of the paradigms set by the Left.