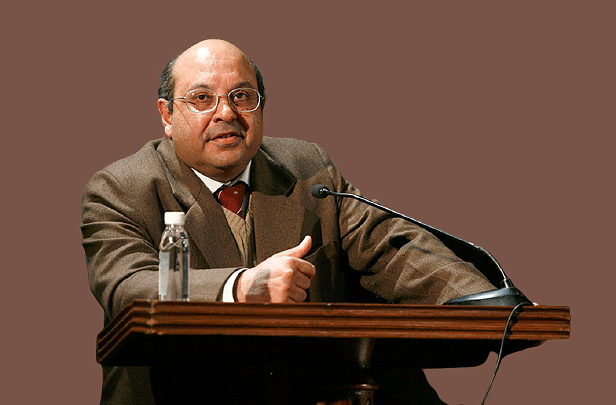 Last week, a Supreme Court bench headed by Justice R F Nariman quickly dismissed two petitions, one to seek the expungement of 26 controversial verses from the Quran, and another to check religious conversions, the former as “absolutely frivolous” and the latter as “harmful.”

The first petition was filed by Shia Waqf Board chairman Waseem Rizvi, who said these verses seemed to support terrorism (he now faces death threats from radical Islamists, proving that he may well be right); the second was filed by Bharatiya Janata Party leader and lawyer Ashwini Upadhyay.

Both are correct decisions, but two caveats are in order: one, the fact that these issues cannot be decided by courts does not mean the issues themselves are frivolous or harmful. In fact, I will argue that not dealing with them could be harmful, as one is being wilfully blind to the consequences.

If some verses allow you to kill in the name of religion, they have real world consequences. The second point is that Justice Nariman, who had two other judges on his bench (B R Gavai and Hrishikesh Roy), made other comments that were wholly unnecessary.

Justice Nariman correctly dismissed the Quran petition for the simple reason that neither courts nor legislatures can edit or amend holy texts. At best, they can impose restrictions on activities arising from those texts, without necessarily referring to those texts.

Someone who reads a verse from the Quran and decides that he has a right to kill kafirs can be restrained by normal sections of the law against incitement to hatred or physical violence. The actual reinterpretation or rejection of a particular edict in any holy book has to be addressed by the community that holds these books as holy. The courts and legislatures have no business playing editors to holy texts even if they do not sound so holy today.

In the other petition that the bench dismissed, Justice Nariman was livid that he was being asked to come up with an anti-conversion judgement. “What kind of a petition is this? This is a very harmful petition. If you are going to argue this, we are going to impose a heavy cost on you,” he told Upadhyay’s legal counsel.

So far, so good. But the bench refused to allow the petitioner to take the same plea before the Law Commission, which anyway can only recommend new laws, not legislate them. If and when they are legislated, the courts can then pronounce on their legality.

The petitioner goofed up on tactics by seeking the court’s permission to move the Law Commission. Anyone can make his case before the Law Commission, and the government can itself refer an idea to it for consideration and suggestions.

Justice Nariman also said: “There is a reason why the word ‘propagate’ is there in the Constitution. You have to have some meaning for that word. There is no reason why somebody above 18 cannot choose one’s own religion or somebody else’s religion.”

He added that he disagreed with another decision of the Supreme Court in the Rev Stanislaus case of 1997, which went into the legalities of several state laws which restricted conversions through fraud and malpractice. That judgement held that the right to propagate did not include the right to convert.

Well, judges should give their opinions on past judgements only when such cases come up again before them, not while hearing some current petition. If every judge starts giving his personal opinion on a random basis, then who will ever respect any extant ruling of the Supreme Court?

There are three points to be made here: One, does the word propagate include the right to resort to monetary and/or other inducements? Two, do all religions have the same rights to propagate in practice, or are Hindus unreasonably handicapped by law in doing so? Three, is freedom of religion the right of the individual or about equally empowering powerful churches and mosques to use global resources to induce conversions in India?

#1: Does the word propagate include the right to resort to monetary and/or other inducements? The answer should be a clear no, and it is not about whether one is above the age of 18 or not. Most conversions are not driven by someone reading the scriptures and deciding this is the right religion for me. They are about which religion or denomination addresses my current psychological and material needs. It is a marketplace, and in an unfair marketplace, the one with more resources wins. So, clearly the issue of a level-playing field needs to be addressed by the law.

#2: Do all religions have the same rights to propagate, or are Hindus unreasonably handicapped by law in doing so? The answer clearly is no – Hindus do not have the same rights to propagate as minority religions for two reasons: in most of the southern states, temples are under government control, and hence cannot propagate the religion. At best, they can enable the practice of religion. Essentially, they run temples like public sector enterprises – inefficiently and badly. Churches and mosques can exercise the right to propagate more than temples.

In the north, where the best temples were destroyed by iconoclastic Muslim rulers, renewed temple building is less than 200 years old, and propagation activities may begin only now, with the Ram Mandir being built after the Supreme Court’s 2019 verdict in the Babri Masjid-Ram Janmabhoomi dispute. Moreover, even in secular activities like running schools and hospitals funded partly by religious charities, Hindu institutions do not enjoy the same autonomy as minority religions. Again, the field is tilted.

#3: Is freedom of religion the right of the individual or equally available to giant religious corporations? This is like saying that both the kirana store and Amazon have the same rights to do business, and will be regulated the same way. We have to impose stricter regulatory norms for big companies, and easier ones for kiranas and small businesses. So, when it comes to religious organisations, giant, multinational religious Amazons have to be regulated (especially in terms of their financial operations) more than small Hindu temples, mutts or charitable endowments, which, for the most part, don’t even attempt conversions.

The consensus which emerged in the constituent assembly debates over the word “propagate” was objected to by some, and supported by a majority – including many Hindus – because it was assumed that propagation and conversion options were available to all, and not only to the proselytising faiths.

At that time, there was much talk about how the Arya Samaj could use “shuddhi” ceremonies to convert people to the Hindu faith. But not only is the Arya Samaj not very powerful today, there is huge political resistance from minority groups and “secular” political parties – which means practically all parties barring the BJP – even to the RSS’s moderately planned “ghar wapsi” work. The constitutional debates did not go into the possibility that what seemed okay in theory would work to the disadvantage of Hindus, and Hindus only. That needs fixing.

Justice Nariman should have known that the law is not equal. He should have stopped short of making gratuitous remarks about anti-conversion laws and freedom to propagate religion that do not accord with ground realities.

A sweet irony: Nariman’s own religion which does not propagate is now facing extinction.