‘Cops Threatened To Jail Us’: Fruit-Sellers Booked For Writing ‘Hindu’ On Their Stalls In Jharkhand 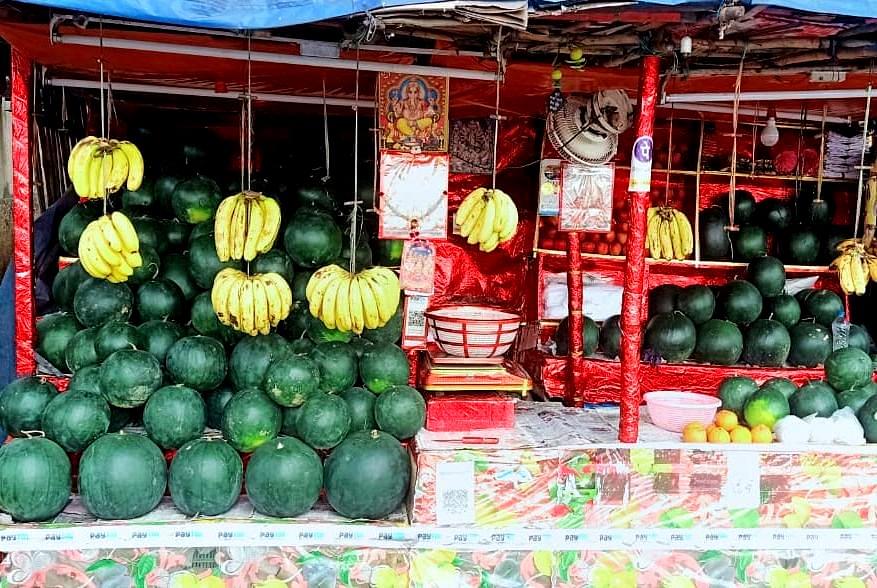 A group of fruit sellers belonging to the Hindu community in Jharkhand’s Jamshedpur city have been booked by the police for writing ‘Hindu’ on their stalls.

The shops also had photographs of Lord Shiva and Lord Ram; the banners also displayed their names and contact numbers.

Earlier in the day, a Twitter user, Ahsan Razi, complained about the banners on social media. The police reached the site and got the banners removed.

Swarajya spoke to one of the stall-owners over the phone later in the day. He spoke on the condition of anonymity as he didn’t want to disclose his name for fear of reprisal from local cops.

He said, “Police came at 11 am today. Initially, they were really angry and were enquiring where we got the banners from and who gave these to us. They threatened to file a case against us and put us all in jail. But after a while, they cooled down and told us not to put such banners in front of our stalls.

“We apologised and told them we didn’t know it wasn’t allowed and won’t do so in future,” he said.

The shopkeeper further told this correspondent that they had been contacted by a Bajrang Dal member a few days ago, and posters were given to them. “We had these banners on our stalls for the past one week. Nobody had a problem until today. These cops regularly pass from here and they never objected. Don’t know why they came with warning today,” said the fruit seller.

“They asked us to remove our masks, clicked our photos and noted down our names, numbers and addresses, and warned us not to put such posters in future,” said another shopkeeper, who also spoke over the phone with Swarajya. “We didn’t object to what the cops were saying and doing. We promised not to put these banners again,” he added.

After the complaint on Twitter, Jharkhand police took cognisance of the matter and tagged Jamshedpur Police department ordering it to take action immediately.

SSP Jamshedpur @jsr_police to look into it and do the needful at the earliest.

Jamshedpur police replied saying that action has been initiated and banners have been removed. Additionally, legal action is being taken against shopkeepers under section 107 of CRPC, the police said.