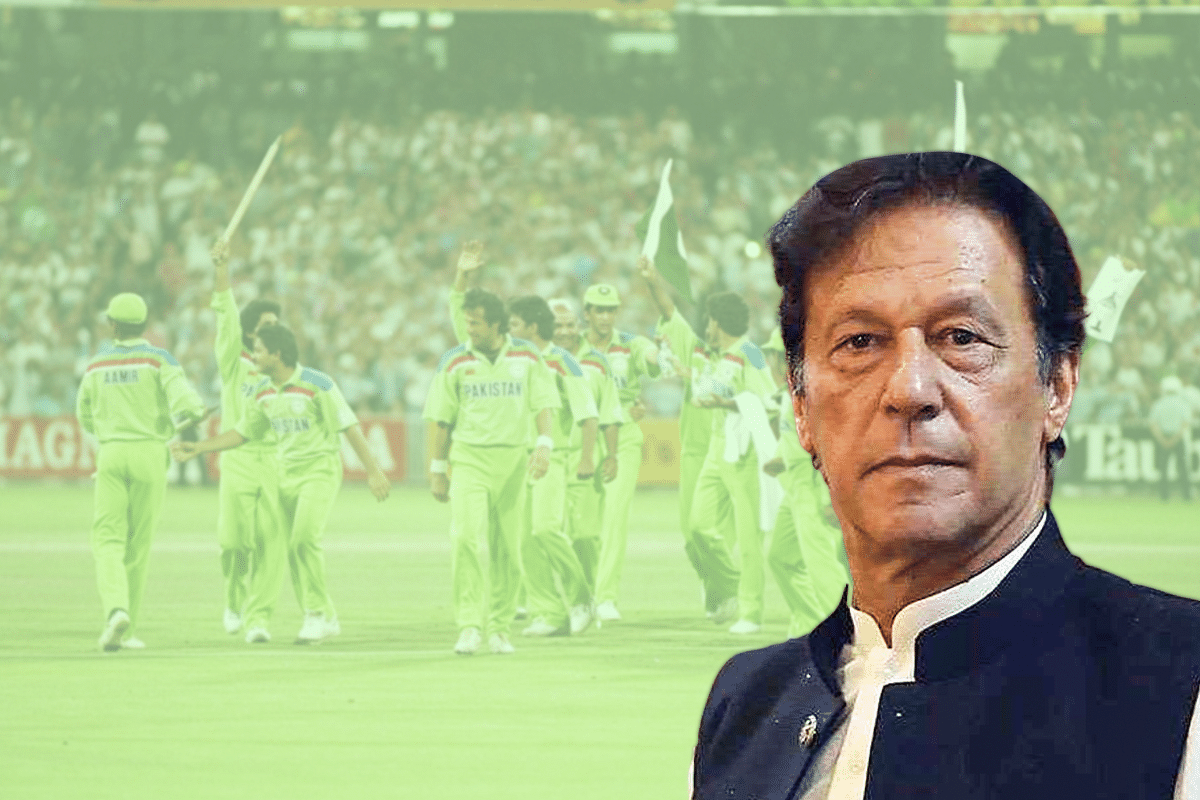 Radicalisation in Pakistan is endemic. It affects even the mundane, and cricket is no exception.

Imran Khan was an impressive 18-year-old fast bowler when he made his Test debut against England in 1971. I was watching the match on TV in the students’ common room in a school in Devon, England.

As Imran came in to bowl, long strides and flowing mane, an English fellow-student nudged me and said: “He’s going to go far.”

Imran has come a long way since that day 50 years ago. So have his views. This is what he once said about India-Pakistan cricket matches: “Whenever I play against India, I don’t treat it as a game. I think of Kashmir and treat it as a jihad.”

Over the years, Imran Khan has become a hard-core Islamist. The moniker "Taliban Khan" sits well on him. As Prime Minister, he has presided over a state that continues to use terror as an instrument of state policy. Radicalisation is rampant across Pakistani society.

Former Pakistani fast bowler Shoaib Akhtar walked out of a recent show on PTV, the country’s state broadcaster, after the host called him rude. Another former Pakistani fast bowler, Waqar Younis, was forced to apologise for saying on another TV programme how much he enjoyed watching Mohammad Rizwan, Pakistan’s wicket-keeper, offering Namaz in front of Hindus after the match against India.

The ongoing T20 World Cup has cast a harsh spotlight on how virtually every mainstream institution and profession in Pakistan has turned fundamentalist.

The demand to expel the French ambassador in Pakistan has been spearheaded by the banned Tehreek-i-Labbaik Pakistan (TLP). Hardcore Islamists are furious with French President Emmanuel Macron for remarks praising a French teacher who was murdered after showing caricatures of prophet Mohammad in a classroom.

Macron said the teacher, Samuel Paty, was killed “because the Islamists want our future and they know that with quiet heroes like him they will never have it.”

Radicalisation in Pakistan is endemic. It affects even the mundane. The gentle “khuda hafiz” has been replaced by “allah hafiz”. While Afghanistan was trying to modernise itself after the Taliban were driven out of the country by US-led NATO forces in 2001, Pakistan, in these 20 years, regressed into fundamentalism.

Islamabad celebrated the Taliban takeover in August 2021 as an opportunity to stamp its authority on Kabul. Things haven’t, however, gone according to plan. The Taliban have proved that they remain the medieval gangsters they always were.

We now have an odd situation. A violent Taliban interim government rules the Afghan people, who seek peace, democracy, liberty and freedom for their women.

In neighbouring Pakistan, there is the charade of a democratic government. It operates under the orders of an army that promotes terrorism against India.

Pakistan’s cricket team mirrors this trend. It is made up largely of rural Pakistanis. Most have received a rudimentary education in madrassas. Their behaviour after the match against India was predictable.

Waqar Younis and Shoaib Akhtar are only two prominent examples of the broader radicalisation of Pakistani society. Their fundamentalist views are echoed not only by other former cricketers like Mohammed Yousuf and Shahid Afridi, but by politicians and civil society.

Pakistan is the only nation that trains, funds and arms expendable, impoverished young men to carry out terror attacks on a neighbouring country as part of state policy.

Should India continue to play cricket and other sports with such a state? India stopped playing bilateral sports with Pakistan after the 2008 Mumbai terror attack. The time has come to question whether India should play Pakistan in multilateral events.

This, though, can only be practical if an overall political decision is taken to ostracise Pakistan across several fronts. The daily pantomime at Wagah and other border crossings must cease.

Trade restrictions must be imposed. For decades, Pakistan has allowed Afghan goods to be transported through its territory and sold in India but banned Indian goods from being exported to Afghanistan through Pakistan. End this one-sided trade.

Finally, pass a resolution in Parliament declaring Pakistan a state sponsor of terrorism. Such a resolution has been hanging fire in the Lok Sabha for over a decade, victim to political timidity.

Once this raft of measures is in place, India must take the hard decision to boycott Pakistan in multilateral matches even if it means a loss of points. Principle must prevail. Plenty of precedents exist. India forfeited the chance to win the 1974 tennis Davis Cup by boycotting the final against South Africa to protest against its brutal policy of apartheid.

This is what India’s leading player at the time, Vijay Amritraj, told Firstpost in an interview last year: “We defaulted to South Africa because of a terrible and awful system in that country: Apartheid. The chances of us winning the Davis Cup versus South Africa were very high. Especially at the time when America and Australia were the two favourites. Chances like those come only once in a lifetime. We were obviously taking a strong stand against the issue of apartheid which was so horribly against every single aspect. The Indian government and Prime Minister Indira Gandhi made the call to default the match. As an athlete, you want to win the Davis Cup so badly. I was 20 years old. And, you know, it's something that could have happened right there. Put India's name on the Davis Cup right there. And it didn't happen. But it was by far the best thing we did. For what the world believed in, we believed in. It was a default, there was no postponement, no cancellation for another time, it was a complete default. It was a major, major decision to make at the time.”

Indira Gandhi was Prime Minister in 1974. If Prime Minister Narendra Modi has the same courage of conviction, he will reset India’s Pakistan policy across trade, sport and diplomacy.

No self-respecting country can allow itself to be used as a terrorists’ punching bag. It cannot be business, or sport, as usual.