Cultural And Educational Rights for Hindus: A ‘Low-Risk’ Route To BJP’s Electoral Radar 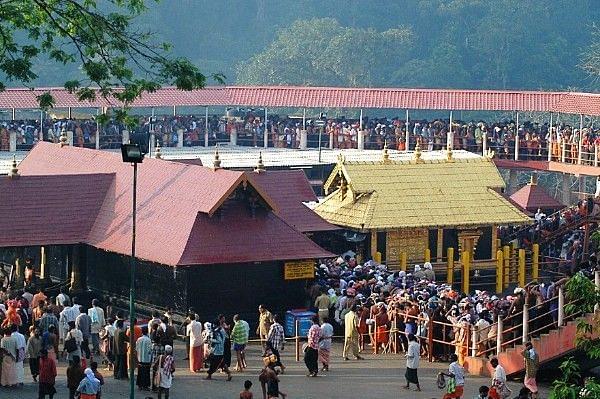 The fast approaching general elections of 2019 have already set in motion a slew of political activities by the various political parties aimed at maximising their tally in the seventeenth Lok Sabha. Parties in power at the Centre and states are going out of their way to quicken the pace and implement every populist move like loan waivers, quota creation and implementation while also being vocal about newer and more electorally efficient means of distributing monies in the form of guaranteed farmer incomes and various other proposals like universal basic income (UBI) etc.

While the Bharatiya Janata Party (BJP) will build its campaign around the themes of low inflation and moderate interest rate economy of the last few years, absence of high profile corruption scandals, infrastructure spending and a host of schemes built on the back of direct benefits transfer to disadvantaged individuals and groups; the Congress and the opposition parties are expected to fight back with the questionable outcomes of demonetisation, regional grievances (in Andhra Pradesh, Bengal, Assam etc), and myths built around the issues of Rafale and communal harmony.

These will be the issues that will dominate the news cycles and occupy most of the bandwidth both in the mainstream and social media platforms. Those of us who are interested in pushing other issues we deem to be of national importance have a problem on our hands in this environment.

This post is targeted at a section of voters who have been demanding parity in cultural and educational rights for Hindus with minorities. These groups and their agenda have been loosely termed as ‘core’ on social media platforms like Twitter. There has also been a better organised effort in this direction under the umbrella of ‘Hindu Charter of Demands’.

The status quo as of today is clear that despite these efforts, these demands haven’t been discussed in any politically relevant manner in media, government, or party circles. Given this political climate, supporters of this agenda have been forced to make a difficult decision in the upcoming 2019 elections.

The political setting for the 2014 elections was quite different from the one prevailing now. A combination of high inflation, monumental corruptions scandals and hubris at the highest levels of United Progressive Alliance (UPA) government provided a fertile ground for the BJP and its prime ministerial candidate Narendra Modi to reap a rich harvest.

Apart from the allegations of corruption, a large section of politically aware Hindu populace (which had graduated out of consuming/believing analysis and opinions from the mainstream media) was greatly distressed with the UPA’s blatantly anti-Hindu legislative track record.

The 93rd constitutional amendment, which paved the way for setting up of bodies like National Commission for Minority Educational Institutions or NCMEI (which bars Hindus from holding positions) and the almost successful Communal Violence Bill (CVB), were some of the main causes of concern on this count. There was certainly a pressing need to oust the UPA government from Delhi on both these counts – a goal that was achieved.

However, the demands and concerns on the legislative front were not addressed either through the legislative or the executive routes. While the central government completely ignored providing any constitutional and legislative fixes to the UPA-era injustices, many BJP state governments went out of their way to corner and harass the non-minority educational institutions in the private sector and religious institutions.

The central government’s complete silence on the two separate private members bills submitted by Mahesh Giri and Minister of State Dr Satyapal Singh, and the lack of any meaningful response to the continuing Sabarimala issue, prove this point quite conclusively.

There were numerous other issues of regional and national significance in the last four years – like the jallikattu ban, cracker ban in National Capital Region etc; where the BJP either displayed a complete lack of initiative or sided with those trying to severely handicap Hindu cultural practices. Even when the politically motivated demand for minority religious status for Veerashaivas gained ground in Karnataka, we didn’t hear any BJP leader speak against this legal and constitutional discrimination. This forces us to ask the question if our very expectations from the BJP in 2014 was foolish and without basis?

A careful analysis will show that this expectation was not entirely without basis. The BJP had very vocally opposed the Communal Violence Bill, it had nominally opposed the 93rd amendment when in opposition. The party went to town during the campaign season with the slogan ‘sabka saath sabka vikas’. A careful study of Bharatiya Jana Sangh’s (BJS’s) and BJP’s manifestos shows that the party had for long envisioned amending Article 30 of the Constitution to build an inclusive society, and thereby restore the balance as intended by the Constituent Assembly.

So, yes, the expectation from the BJP was not without basis. But, the supporters of the party backed the party in such an unconditional and careless manner that nowhere in the 2014 campaign did the party’s then prime ministerial candidate make any direct reference to constitutional amendments, Article 30 or sectarian attributes of so many UPA-era schemes.

There was a complete absence of any reference to Article 30 and its amendment in the manifesto. BJS and BJP manifestos until 1998 bore a clear promise on this in their manifestos. So, it is not completely unreasonable on the part of BJP’s official party machinery to dismiss any concern or query on this front with a “we never promised that” response. We, as voters, must accept our share of blame and burden here, and become wiser going forward.

Just like 2014, the electoral field set for 2019 does not offer a whole lot of positive choices to a ‘core’ minded rational voter. We are back to choosing between the political grouping which is actively opposed to our concerns as evident from past and present experiences, and another which would prefer to keep this issue on the back-burner for as long as it can.

It is amply clear from the 10 years of UPA experience, the behaviour of past state governments led by Congress (remember Karnataka government under Siddaramaiah) and the newly elected Congress governments in Rajasthan and Madhya Pradesh that another stint for Congress at the Centre will only further strengthen sectarianism in the fields of education and culture.

But, the performance of the central government post 2014 and many BJP state governments has been extremely disappointing on this front as well. Hence, if presented with a choice between the two, we would have no option but to vote for the BJP. This is in short, the thesis of ‘TINA’ (There Is No Alternative).

But we must remember that none of us gets the final deciding vote in any election. Each of our individual votes only contributes to a minor and incremental part in the outcome. I believe that this coupled with the much maligned first past the post system offers a possibility to break the grip of TINA in 2019. Any practical path to critical constitutional amendment on this front requires the following two conditions to be satisfied by the outcome in 2019:

1. The BJP wins as many seats in Lok Sabha as possible

Both these conditions are equally important. Amendments to Article 30 (and other articles) will not happen without any one of these. Hence, it is crucial to maximise outcomes on both these fronts. One cannot attach an infinite value to condition #1 and by extension completely ignore the equally important condition #2.

It is important that we break free from the binary thought process underlined in the above section at the national level to determine how we vote to elect our representatives from our respective parliamentary constituencies. Once we think along these lines, a lot of options present themselves to ensure both the outcomes mentioned above. We do not have a proportional voting system in place (thankfully!), but a first past the post system, and there are a lot of constituencies where the BJP wins elections with a more than a comfortable majority.

A cursory glance at the results of 2014 shows that the BJP won 206 seats by more than 1 lakh margin. There are many other such seats where there is a reasonable certainty of BJP victory based on past elections results. If some of the ‘core’ minded rational voters can think along these lines and vote for a non-BJP candidate who wouldn’t stand a chance of winning, we might be able to create a small but measurable vote swing away from the BJP without hurting the party’s tally in the Lok Sabha.

It important to highlight here that the number of voters who are well-informed and prioritise these issues of ‘cultural and educational rights is not considerable enough to singularly defeat an otherwise winnable BJP candidate, that is the reason why the party doesn’t prioritise these demands, and why the media (of all kinds) fails us so miserably by not focusing on these issues at a political level.

However, if there is some demonstrable evidence of voter movement on these issues, I am sure the party may pay more attention to such voices and their grievances. The unfortunate reality is that our issues and concerns completely fail to even blip on the BJP’s political radar, and 2019 can be an opportunity to try and change that.

Take for instance, Dr Harsha Vardhan, who in the 2014 electoral performance, beat his nearest rival by 1,36,000 votes and went ahead to become a minister in the Narendra Modi government. A movement of a few votes away from the BJP to some other non-entity on the electoral roll cannot be reasonably expected to change the outcome, while successfully planting a few probing questions in the minister’s and the party’s mind.

The median victory margin of BJP MP’s in 2014 was 1,71,814 votes. So, there are many such constituencies, where this strategy can be deployed. It must be emphasised here, that the changing political realities and coalitions are sure to alter this picture in some critical battleground states like Uttar Pradesh.

That would still leave out many constituencies where the BJP will not miss a few votes. It is up to the voter to analyse and take this call. There will always be a non-zero probability of a BJP MP losing by your one vote, this must be balanced against the risk of another 2014 like performance by the party after winning the elections.

Please look at the image below and ask yourselves if you are willing to perpetually concede the initiative and forever remain stuck in a defensive posture. Let us vote with our minds and let us vote in our interests, intelligently, in 2019.

BJP’s approach of downplaying Hindu issues to one of local relevance will ensure that these issues are never addressed at the fundamental level, thereby forcing the communities to defend at such close quarters on all fronts.