Date With The Hangman 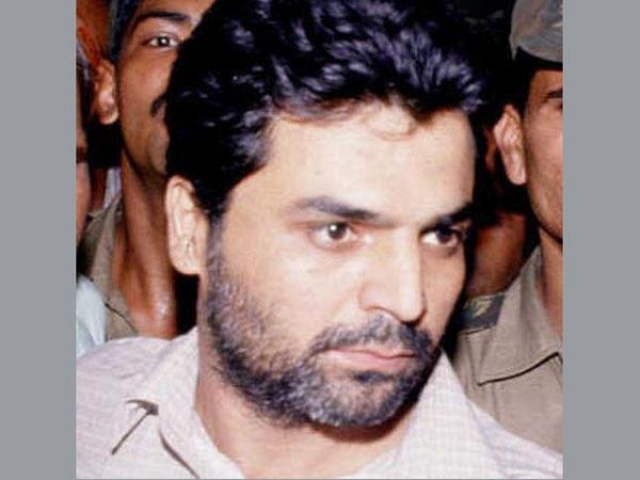 The Indian State could have saved a lot of time and money by having terrorists like Yakub Memon tried by a military tribunal, before being executed forthwith.

The inordinate focus and debate that has been raging on the hanging of Yakub Memon on the 30 July 2015, a man who was, undeniably and substantially, involved in the terrorist carnage of 1993, is nothing short of remarkable.

He was not only deeply involved in the planning and execution of the Bombay blasts of 1993, but was probably his brother Tiger Memon’s key henchman.

As the saying goes, the real story is rarely in the crime, but in the cover-up. There has been much said and written, of late, once Memon’s hanging date was announced a couple of weeks ago, oft citing a 2007 article by RAW official, the late B. Raman, about how Yakub Memon had turned approver.

He indicated that Yakub Memon practically allowed himself to be caught, with multiple Indian and Pakistani passports, and quite a bit of other incriminating paperwork. Raman, on his part, thought he should not have been condemned to death by the courts, way back in 2007, when it happened for the first time, and wrote as much.

The ‘liberenzia’ has seized upon the exaggerated notion of Yakub Menon’s supposed ‘innocence’, driving multiple appeals to the Supreme Court and the President of India, and taking supportive positions publicly on social media, the press and on TV. But everyone knows approvers might qualify for a reduced sentence, but are hardly ever deemed innocent!

Did Yakub Memon, if he was actually an approver, deserve to hang? Who knows why the Supreme Court found merit in hanging him anyway, even after multiple reviews, but it suggests that there is no substance to the ‘approver’ theory.

Was Yakub Memon then, a sacrificial lamb or decoy, thrown to the Indian authorities by his own co-conspirators, so that the Indians could also save face, and desist from huge covert retaliation across the border?

Perhaps, but we will never quite know. Besides, no conspiracy on this scale goes without insider help from the politicians and officialdom and this applies as much to 1993 as it does to 26/11.

Dawood Ibrahim, himself the son of a Bombay policeman, is renowned for his  enduring clout, to this day, amongst the power elite in Maharashtra, police structures, the  big builders, the stars/ producers of Bollywood,  plus other influentials in Bombay/Mumbai. This, according to crime reporter and author Hussain Zaidi, who has written two very well-received books on the subject, one of which has even been made into the acclaimed film Black Friday.

The willingness of the Supreme Court to apply itself to the maximum on such a matter of  Yakub Memon’s life and death however, is borne out by the late night sitting, that still resulted in a thumbs-down for the final time on the night of the 29 July.

But it is yet persistently rumoured that Yakub Menon provided much of the hard evidence, documentation and details on who precisely was involved in the attacks, and to what extent, and what they individually and collectively did, how the Pakistani establishment was in cahoots up to the hilt. But unfortunately, none of it, even if it is true, was found to be provable in the very proper criminal courts of our system.

Intelligence gathering however is a process very different from how the Indian civil and criminal courts work. Yakub Memon, if he turned approver, presumably to mitigate the consequences of the law upon himself, did not do so ‘officially’, presumably because he spoke to our ‘spooks’ and other shadow boxers.

What came out clearly in the courts however was Yakub Menon’s culpability and guilt, and that he was careless enough, or miscalculated the benefits of, straying into the hands of the Indian intelligence agencies.

The explanation for this too exists. It is said that Yakub thought he would be better off in India. Better off than at the mercy of the ISI in Pakistan, virtual prisoners and ‘strategic assets’, like his brother Tiger, Dawood Ibrahim and other fugitives from Indian law. They are there still, apparently cowering in gilded cages, but, out of our reach.

Still, the stark facts from 22 years ago speak for themselves, as if it were yesterday once more. Not only were 257 people killed in the blasts, scores more wounded and maimed, and millions in property destroyed. All of it, ostensibly in retaliation for the demolition of the Babri structure in Ayodhya by Hindu activists, including a large contingent from Mumbai’s Shiv Sena – without, however, any loss of life. Except that is, for the ‘Bombay riots’ that followed it.

So the ‘revenge’ that Tiger Memon allegedly spoke of, is mostly for the riots in Bombay of the time. But the perpetrators, as explained very well by Hussain Zaidi in his books, extended to random innocents, Hindu, Muslim, others, and not the bigwigs in the Shiv Sena, for fear of savage and stiff retaliation.

That Yakub Memon was the only key terrorist caught after the blasts, condemned to death, and hanged, after spending 22 years in jail, is indeed ironic. But, the fact that many who were accused of involvement, but let go and acquitted, because of inadequate evidence, is no less remarkable.

Is the civil and criminal justice system equipped to pronounce on terrorism, given its elaborate processes? The truth of the matter is that much is rotten in the Indian legal system, including being over-burdened and the curse of extreme tardiness.

It took an inordinately long time, many years too, for Pakistani Ajmal Kasab, who was captured, as it were, with a machine gun in his hand, and scores of victims strewn around him at 26/11, and the Kashmiri Afzal Guru, who plotted to kill parliamentarians and blow up the Parliament during the Vajpayee administration, to reach the gallows as well.

It must therefore be said, the Indian State could have saved a lot of time and money by having such cold-blooded killers, treasonous conspirators, and out-and-out terrorists, domestic, or from abroad, tried by a military tribunal, before being executed forthwith, if ever they are caught alive.

Going forward, we need a separate military tribunal that applies the laws and protocols used when a nation is at war if we want to end this travesty  and circus  that we can ill afford. Its working also polarises and traumatises civil society to have this kind of wound opened up again and again in the name of justice.

That the usual civil and criminal law processes, applied to terrorists and traitors, who in a very real sense have waged war on the nation, killing soldiers and policemen and civilians—men, women and children at random alike; is probably  a bizarre and perverse misapplication of a genteel justice system.

How can the same due process be made available to bloodthirsty enemies of the State? It is also enormously tardy, expensive and wasteful, and not what the criminal and civil legal system  was best designed for.

This legal system must assume a person is innocent unless proven to be guilty. This burden of proof is not always possible to dovetail, with the methods of guerrilla warfare perpetrated by well-trained killers. Terrorists,with huge amounts of weaponry and technology at their command operating by stealth on soft, mostly unarmed, targets. Why then is this nicety of a civilian justice machinery being offered to such terrorists and traitors?

Perhaps the raging debate on whether the death penalty should be repealed, as a badge of our civilised sensibilities, cannot, and emphatically should not, apply to people who wage war on the nation! Otherwise, we run the additional risk of rendering meaningless the sacrifices of our policemen and soldiers who lay down their lives fighting terrorism on every given day!

And to date, the key perpetrators of the terrorist blasts that wracked Mumbai, Yakub’s brother Tiger Memon, and underworld don Dawood Ibrahim, their henchmen, trained, armed, motivated by the ISI of Pakistan, are free, and at large. They are living comfortably abroad, allegedly in the custody of, but also under the protection of, Pakistan.

India, as a nation, has not, apparently, managed to take the battle to the enemy, the allegations of Indian involvement in fomenting violence in Karachi and Baluchistan unexcepted. If we have meddled in those places, perhaps we need to step it up, so that the battle of attrition is truly joined and tilted in India’s favour. We have, of course, reserved the right to retaliate of late, in a manner, scale, time and place of our own choosing, and again after the recent terrorist attack in Gurdaspur district in Punjab.

But, there is a decided gulf between a government that wants to take terrorism head on, and a liberal presence amongst civil society and some of its luminaries, that wants India to be lofty and take the moral high ground, even in the face of  repeated provocation. Mahatma Gandhi’s borrowed statement on an eye-for-an- eye is much quoted to justify this kind of pacifism.

However, because we are a diverse and pluralistic people, it may be best to let both schools of thought survive, contend, even thrive, in parallel! The liberals should be allowed to constitutionally amend capital punishment for a list of crimes that stop short of premeditated first degree murder in the common course.

But every act of treason against the country, and terrorism involving loss of life, should be handed over to a military trial that is swift and final, and determined to punish the guilty with summary execution.