Decoding Why Modi Made References To A ‘Population Explosion’, When That Is Not The Overall Reality 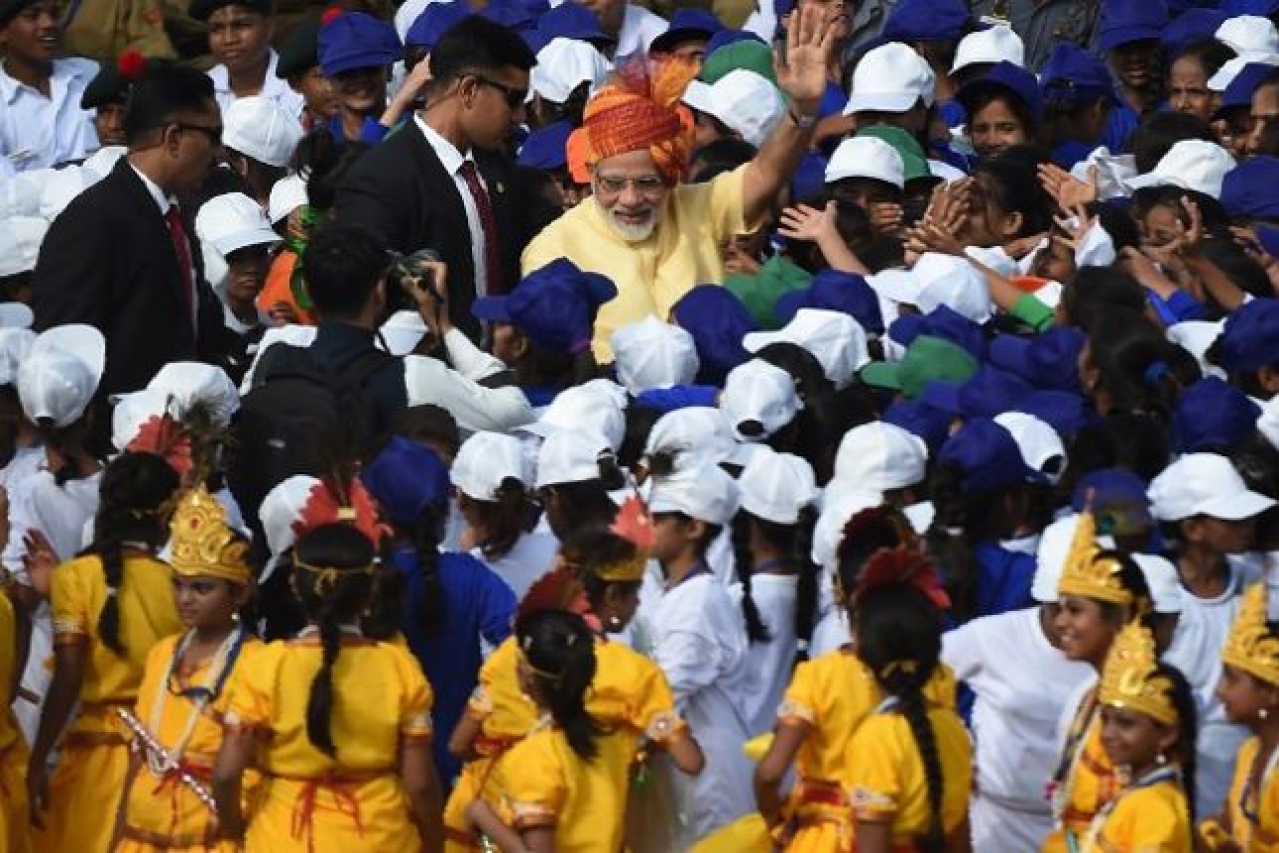 One of the most surprising statements made by Prime Minister Narendra Modi in his Independence Day speech related to the “population explosion”. In recent years, few prime ministers have talked about it, and for Modi to flag the issue at a time when total fertility rates (TFRs) in India are close to replacement levels (2.1 per woman), is intriguing.

This is what Modi is quoted as having said by Hindustan Times: “Population explosion will cause many problems for our future generations. But there is a vigilant section of the public which stops to think before bringing a child to the world, whether they can do justice to the child, give them all that she or he wants. They have a small family and express their patriotism to the country. Let’s learn from them. There is need for social awareness.” He underlined that small-family-thinking was patriotic. “Those who follow the policy of small family also contribute to the development of the nation; it is also a form of patriotism.”

One can only try and wonder why the PM brought up the topic when the majority of Indian states have reached – or even fallen below – replacement levels of total fertility. At the national level, TFR levels are estimated to be at 2.2, and falling. As of now, only nine states are above the replacement TFR level of 2.1, and even in these cases TFR has fallen dramatically over the last decade (the latest data being for 2015-17) in a range of 0.5-1.1 per cent for different states.

Three states, Haryana, Assam and Gujarat, are only marginally above the replacement level of TFR (in the range of 2.2-2.3), three more (Jharkhand, Chhattisgarh and Rajasthan) are in the 2.5-2.6 level, and even the worst cases (Uttar Pradesh, Bihar and Madhya Pradesh) have seen dramatic drops over the decade, with UP falling all the way from 4.1 to 3 TFR. Bihar, which currently has the highest TFR in the country (3.2), also saw the rate drop from four a decade earlier.

So, what caused the PM to talk of a population explosion?

The answer could lie in two possibilities: the north-south divide, and the Hindu-Muslim divide. The south has always felt that its dramatic success in bringing down population growth is costing it in terms of resources devolved from the Centre, while the Bharatiya Janata Party’s (BJP’s) Hindu support base has always fretted about demographic changes brought about by higher Muslim birth rates.

Both problems are transitory. The north-south TFR divide, where the south has fallen below replacement levels (with TFR in the range of 1.6-1.8) while the Hindi belt has not, is actually working to the advantage of both regions. The Hindi north’s excess labour is moving to take up jobs that better-off south Indians do not want to take.

As for the Hindu-Muslim TFR difference, which is significant (2.1 per cent for Hindus and 2.6 per cent for Muslims) at the national level, the good news is that the gap is narrowing. The gap was 0.8 per cent in 2005-06, and is now down to 0.5 per cent. This implies that over the next 15-20 years, this gap may be closed, unless Hindu fertility rates fall even faster to levels reached in south India.

However, the problem may be real in some states where the communal balance is tilting against Hindus, especially Assam and Kerala, where non-Hindu population shares are edging upwards. The problems of divergent demographic trends are starker at the district level than the state level, with one study suggesting that 54 per cent of the country’s districts have reported TFRs below replacement level for Hindus and far fewer (35 per cent of districts) for Muslims.

The inclusion of population as an area of concern in Modi’s speech implies that the Centre’s focus will be on promoting smaller families in the states and districts where the skews are significant, and also to address north-south and Hindu-Muslim divergences.

But the population explosion as a generic concern is not any more relevant to India’s changing demographic profile.

Advertisement
Jagannathan is Editorial Director, Swarajya. He tweets at @TheJaggi.
Get Swarajya in your inbox everyday. Subscribe here.
Tags:
206 Shares