Defending Modi, Rajinikanth: A One-Man Army Who Is Demolishing Their Opponents’ Misleading Campaigns 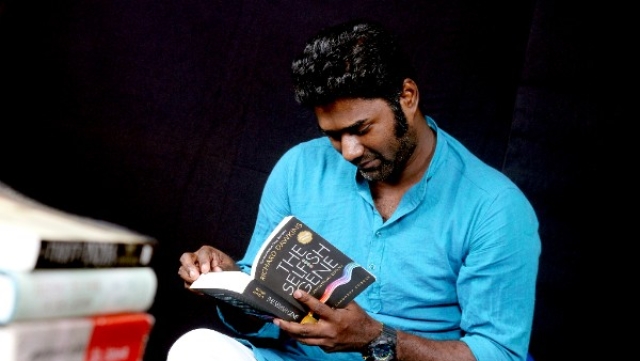 M Maridhas takes on the misleading information unleashed against the central government.

While the Bharatiya Janata Party (BJP) in Tamil Nadu is struggling to counter the Dravidian aggression against its government at the Centre and Prime Minister Narendra Modi, there is one man who is vigorously demolishing all the misleading campaign against them. What he does is not merely a demolition job but a constructive one that counters a malicious and mischievous campaign with real data that has the opponents of the BJP and Modi stumped. Not surprisingly then, his Facebook posts are much read, discussed, debated and shared.

Meet M Maridhas, a native of Madurai in Tamil Nadu, who is single-handedly taking on these elements or “poralis”, as he terms them.

A post-graduate in engineering, Maridhas regrets that allegations are being made so thick and fast in Tamil Nadu that it is leading to people swinging to just one side – against the BJP and Modi – without ascertaining facts.

‘Get The Response From Ruling Party’

“Generally, you shouldn’t take into account only the charges and allegations against the rulers. We should hear the ruling party’s response to these and think if they are right. But here (Tamil Nadu), allegations and charges are being made,” says the 30-something youngster who has also taught in engineering colleges for six years.

What made Maridhas take to Facebook to counter misleading campaigns against the Centre is that he feels that criticism against any administration should be based on facts, data, and statistics. “Be it administration of the country or our home, numbers tell the truth. I trust all departments’ information that contains all details,” he says, adding that information from the World Bank, United Nations, and organisations that are linked to these two are generally reliable. In addition, information provided by each ministry in the country is acceptable.

“However, some organisations put out data and information to gain popularity. I never take those into consideration,” Maridhas says.

Elaborating further, Maridhas says every year each government department puts out an annual report. Besides, there is Right to Information. So getting the required information or data is easy. “That’s why I never trust any message that comes to me through WhatsApp or Facebook. Any important information (there is), I search and get that confirmed. If the information is misleading, then I come up with my posts rebutting it,” says the Madurai youth, who has also worked with a software company.

A major concern for him is the media’s failure, nationally and state-wide, to provide proper information. “They provide as news what they want to tell the people,” he laments.

‘No Valid Reason For Opposing NEET in Tamil Nadu’

To strengthen his case, Maridhas points out how the media handled the National Eligibility-cum-Entrance Test (NEET) controversy in Tamil Nadu. “Why should Tamil Nadu alone oppose NEET? There is no valid reason. Shifting all students to the Central Board of Secondary Education syllabus is the solution, I think. Some channels function the way their owners want. What media ethics is this?” he wonders.

He is also critical of the media’s handling of certain issues, where they play up some cases and turn a deaf ear to others. “The death of a Dalit or Muslim or anyone belonging to any caste or religion is painful. Communal and caste clashes are a shame to the nation. But what is the media doing?” he asks, pointing out that it seeks a response from Modi if a girl is killed in Kashmir but remain relatively quiet if a similar thing happens to a Hindu girl in Delhi.

Nationally, the media is oriented towards the left, while in Tamil Nadu it is under the control of Dravidians and Periyarists, he alleges, adding that most of the educational institutions, which are owned by the Centre, are being controlled by leftists.

“The leftists are trying to wrest control of the nation’s administration through trade unions,” Maridhas charges.

‘Orders From Outside The Country’

He has an interesting development to offer to support his argument that media organisations are trying to implement “orders from outside the country” that forces people not to trust them. “Last year, the shares of NDTV had slumped on stock exchanges as it had incurred huge losses. But on 7 September, it zoomed to Rs 66 from Rs 34, mainly on foreign institutional buying,” he says.

“I consider (such) media organisations as another type of terrorists. How can we accept when they put out headlines like ‘Two Dalits beaten to death in BJP-ruled state’? (What) If a similar things happens in Kerala?” Maridhas wonders, adding that initially his writings were scientifically based.

“Then I started to get enquiries on political-based issues and government administration. I have responded to queries on Methane gas project in the Cauvery delta, Neutrino Laboratory in Theni district, and many other issues,” he says.

Stating that he is unable to explain the exact impact of his posts, Maridhas says he is finding a better impact with his recent video posts. “I oppose campaigns supporting the language fanaticism of Naam Tamilar party, separatism by Naxal-Maoist supporters, Aryan-Dravidian division, and similar movements,. My objective is to tell the people why such campaigns are not good and we should realise that as Indians we should stay united. My posts have been received well and I am able to realise that some of those who had strayed in the wrong direction have had a change of heart,” he feels.

His popularity on social media has resulted in some politicians talking to him. “They talk even now. Even those who sympathise with the Dravida Munnetra Kazhagam have appreciated my posts on economy. It has been a healthy progress so far,” the Madurai native says.

But then his posts have brought out the dangers associated with them too. Some death threats came and he has reported it to the police on a few occasions. “Some have trolled me. But I respect knowledgeable economists and scientific researchers and I am least bothered about trolling or criticisms,” he says.

Modi Should Be Re-Elected, Rajini Best For TN

Maridhas, who has plans to enter politics at a later stage, says his thoughts now are that Modi should be re-elected as the Prime Minister in the 2019 Parliamentary election. “Also, in the current situation I think it is best for (Tamil actor) Rajinikanth to become the chief minister,” he opines, pointing out that Rajinikanth has offered an alternative in the form of spiritual politics.

“You need courage to tell that you will come up with spiritual politics in Tamil Nadu where separatists, Periyar organisations, leftist extremism, and Dravidian parties have reared their heads,” he says.

“He (Rajinikanth) isn’t coming to politics to earn money. He can easily get that through advertisements. He is spiritual and has love for this land. I can say that with some certainty. He has the strength to defeat the Dravidian parties. When only he has the ability and organisational strength to nominate agents for all the 65,000 booths in Tamil Nadu, it is best to support him,” justifies Maridhas on his positive outlook towards the Tamil superstar.

Last week, he deferred releasing a video post justifying Rajinikanth’s statement on anti-social elements being involved in the violence that took place in Thoothukudi during protests demanding closure of Vedanta Resources’ Sterlite copper plant. “I think there is no strong evidence against Sterlite. All relevant data on the company show there is no chance of shutting it down. I expect the company to resume operations,” Maridhas says, adding that society should progress holding the reins of spiritualism and science and not caste or religion.