Delhi Defeat: This Is Kejriwal Shooting Himself In The Foot, Not Modi Magic 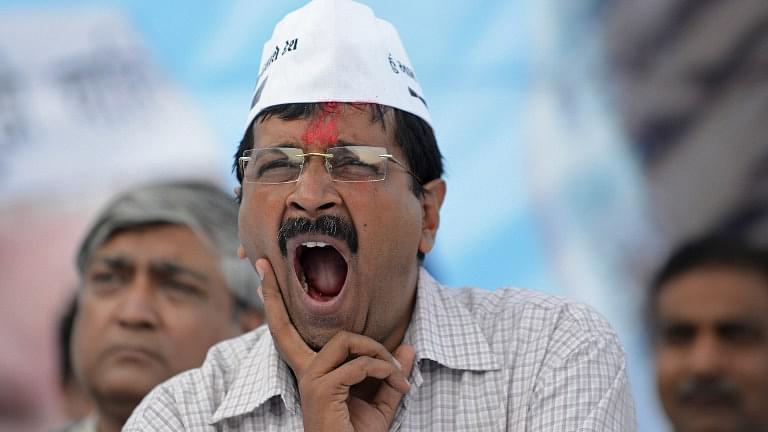 One problem with post-event analysis of election results is that we begin with the outcome and then work backwards to figure out why we got this result. This is sure to happen this time too, with the Delhi municipal corporation election results due on 26 April.

With exit polls giving the Bharatiya Janata Party (BJP) an overwhelming victory in all three Delhi municipal corporations – North, South and East – it would mean a complete botch-up by two different polling agencies if the outcomes were anything other than a clear BJP victory. While the India Today-Axis poll gave the BJP 211 seats out of a possible 272 in the three corporations, the ABP News-CVoter poll gave the BJP 218. This is like a complete overturning of the results of the Delhi assembly polls in 2015, which gave Arvind Kejriwal’s Aam Aadmi Party (AAP) 67 out of 70 seats. The exit polls suggest that AAP and Congress will be fighting for distant second place, with around 8-10 seats in each of the corporations.

This should not have come as a surprise after the BJP’s victory in the recent Rajouri Garden assembly bypolls, which saw the Congress coming second and AAP losing its deposit. And the BJP got its fourth MLA into the assembly.

Most probably, a majority of the post-results analyses will tend to put the Narendra Modi aura and Amit Shah’s awesome electoral machine as being behind this huge victory for the BJP, if it happens. But this would be only an obvious conclusion to draw. It is unlikely to have been the major reason for this result.

Electoral sweeps and defeats are par for the course in first-past-the-post democracies, but usually the loser tends to lose seats rather than vote share. In 2015, AAP won more than 50 per cent of the popular vote. This time, it will win just about half that share. That is the real pointer to this time’s outcome, not the seats the BJP will win.

So the real takeout is this: It is a defeat for Arvind Kejriwal rather than a real big win for Modi or BJP, though one need not discount the latter factor. No party loses its vote share by such a huge amount in just over two years.

Consider the reasons why this can be said.

One, the three corporations had been run by the BJP for 10 years, and no one has claimed that they were run well or without loads of corruption. And Kejriwal was supposed to be the anti-corruption spearhead. It was his election to lose. While Amit Shah may have dulled the anti-incumbency cloud over the BJP’s candidates by changing many of them, the fact that he successfully combated anti-incumbency meant that the voter did not see Kejriwal and his party as an alternative.

Two, unlike the assembly elections in 2015, neither Shah nor Modi really made large campaign appearances. They merely listened to the voter and let her do the talking. They knew Kejriwal was up the creek without a paddle, and let him struggle in it. In tennis, if your opponent is making a series of enforced errors, you don’t need to produce spectacular and risky shots to win. Steady defensive play is good enough and that is what Shah did this time. Why come in the way of an opponent bent on shooting himself in the foot, was certainly the case when Kejriwal said towards the close of campaigning that voting for BJP was like voting for chikangunya and dengue. This from the man who, when confronted with a dengue epidemic last year, told citizens to ask the PM to explain the outbreak.

Three, with hindsight, one more thing is obvious. Kejriwal did not lose this battle on Sunday, when the municipal polls happened, but in February 2015 itself. In the run-up to the assembly poll, Kejriwal promised Paanch Saal Kejriwal as penance for resigning prematurely in 2013. But almost as soon as he won Delhi, he left it to be run by his loyal deputy Manish Sisodia. When the people have elected you to power on the basis of your promise to deliver, you don’t say please speak to my assistant. The message he sent was an arrogant “I am too big to remain satisfied being the Chief Minister of Delhi. I am meant for bigger things.” This insult to the average Delhi voter’s intelligence was what may cost Kejriwal his municipal elections this month – an election he needed to win in order to be full master of Delhi.

It is too early to write Kejriwal off despite this slap in the face from the Delhi electorate. Just as he bounced back in 2015 after failing Delhi-ites in 2013 by offering what seemed like a sincere apology, he can still win back their favour if he shows contrition and focuses on his job rather than lets his eye wander all over the country.

This means changing tactics. First, he has to live with the reality that Delhi is a half-state, and he has to work in harmony with the Lt Governor and the central government, which wields so much power. Second, he cannot make Narendra Modi his enemy, for he is not in that league. He should seek reasonable relations with the Prime Minister so that he can serve Delhi, and not pretend that mud-slinging against the Prime Minister will get him the vote. Third, he should be humble enough to acknowledge that he was a media creation – both during the Anna movement and later in politics – and focus on his job. The media can lift you to the skies when it finds TRPs in you, and dump you when you look like a loser. And fourth, he has to also learn to work in harmony with the three municipal corporations that will now try to cock a snook at him.

Not an easy job for a megalomaniac like Kejriwal, but if he is to resuscitate his flagging political career, he has to keep this mania for publicity in check.

For the BJP, the lesson in humility has to be bigger. It may have got its act right this time, but victory was more or less a gift from Kejriwal. Next time, which means the assembly elections due in February 2020 and not just the parliamentary one in 2019, Kejriwal may be a different quantity, the Congress may be in revival mode, and a third party may yet make the scene.

The next time the BJP will need a local face to combat the incumbent Kejriwal. This is the lesson it has not learnt from 2015, when it unceremoniously dumped Harsh Vardhan – its near-win chief minister candidate of 2013 – and opted for a last-minute inductee in Kiran Bedi.

Three years is enough time to identify and test a leader. It cannot endless rely on the Modi magic or Shah’s wizardly powers and its opponent’s foolishness to deliver a victory.