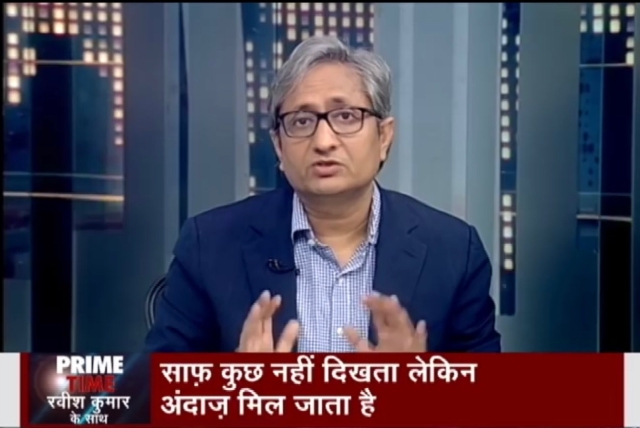 After a police party was violently attacked by a mob of Muslim rioters on Wazirabad road (number 59) on 24 February, a Hindu mob from nearby areas came on the streets to counter it. While this helped rescue the cops from the onslaught of the unruly Muslim mob (however, constable Ratal Lal died in the attack), clashes between the two communities turned into a full-fledged riot in no time, Delhi police chargesheets say.

Within two hours of this rioting, a Muslim man named Shahid Alam was shot with a gun. Alam was on the roof of one ‘Saptarishi Ispat and Alloy Pvt. Ltd’, a godown-cum shop that had been taken over by Muslim rioters. Run by a Hindu man, the building is located in a service lane near 25-foota road in Chand Bagh area on Wazirabad road.

It was earlier believed that Shahid was killed by a bullet fired from the building of Mohan Nursing Home, which was taken over by Hindu rioters and which is situated right across the Saptarishi building.

However, police investigation say this was highly unlikely. Shahid was “accidentally killed by his own men”, the police say.

The chargesheet in the case (FIR number 84/2020 at Dayalpur police station) was submitted to a court last month, a copy of which is with Swarajya.

“Shahid was the part of the mob that was firing from the building. He was accidentally shot at by one of his own men. From the angle he was shot at, it appears to be an accidental shot,” The Print quoted a senior police officer saying. The officer also cited eyewitnesses “who told us he was shot at by the crowd”.

Shahid, it turns out, was one of the rioters.

The chargesheet says, "The distance between both the two building (Saptarishi and Mohan Nursing) was measured and it was found that buildings are 78 metres apart. There are three copper fragments recovered from the body of the deceased; FSL result is pending quo the bore of the bullet and make of the gun/pistol through it was fired. As of now, it seems the fragments obtained are of small arm and hence it is highly unlikely that it could’ve been fired from Mohan Nursing home (sic),” the chargesheet filed in the case says.

As per the police, they have pleaded guilty of first attacking the police party, then taking over the building of Saptarishi godown by evicting three labourer families living there and attacking the Hindus from there.

Call data records of the accused also place them around the scene of crime on the afternoon of 24 February.

Below is the testimony of Chand Mohammed, where he accepts the crimes of rioting, attacking the police and theft from Saptarishi godown.

On 5 March, NDTV’s prime time anchor Ravish Kumar aired a few video clips on his show which showed some rioters on the roof of Mohan Nursing Home and Hospital pelting stones and bricks towards those who are capturing them on video.

One can be certain that the video aired by NDTV was shot by one of the Muslim rioters who was at the Saptarishi godown because in the same show, another video aired by NDTV shows an injured Shahid Alam being taken down from the roof, by a group of other rioters, after he was shot.

NDTV also aired some high resolution pictures of Hindu rioters (clicked from the top floor of Saptarishi godown (as one can see, one of the persons in above screenshot has a good DSLR camera also).

In that show, to his credit, Ravish Kumar also aired the video which shows burqa-clad Muslim women gheraoing policemen, who are being pelted with stones by a Muslim mob. Video of lynching of the cops was also aired.

But where Ravish Kumar and NDTV erred was by not putting the first three videos aired on the show in proper context.

The impression that emerges from the show is that an innocent Muslim boy, who is an auto driver, was shot at by rioters firing from Mohan Nursing Home towards the Muslim-majority colony (implying that killers were HIndus). It fails to even question the presence of Shahid and other Muslim rioters on the top of Saptarishi building.

The NDTV show also hinted that Shahid died due to firing from the other side probably by a gun which Hindu rioters were using from the rooftop of Mohan Nursing Home as seen in the screen grab below.

But as police have said, Shahid was likely killed by his fellow Muslim rioters by mistake.

The other facts that have led to the police concluding this are these:

The chargesheet says, ”This clearly suggests that every attempt was being made by the protesters/rioters to hide their identity so that the truth is not revealed.”

Shahid’s body was then taken to his home and left outside the house, as revealed by the statement of his brother to the police. The family found the body lying at the doorstep. They took it to GTB hospital, where Shahid was declared brought dead.

Police say the accused deleted all relevant data from 23 and 34 February from their phones. “Most common aspect to be noticed is that from all the mobile phones recovered form the arrested accused persons the data pertaining to date 23 Feb and 24 Feb is deleted from their mobile phones. If they were not inciting and instigating, what was the need to destroy the data,” the chargesheet says.

So it appears that Ravish Kumar and NDTV got played by the Muslim side by giving them videos of Hindu rioters, who were retaliating against the Muslim rioters.

At best, the channel and anchor were useful idiots for Muslim rioters. At worst, they became willingly complicit by airing what they should’ve known was, most likely, propaganda video shot by one of the rioters themselves.

Post Script: The Delhi Police sent a letter to NDTV on 8 March for videos aired on its 5 March show. But apparently this request wasn’t complied with. Police sent another reminder on 14 May. After receiving the video, an analysis was done and informers were activated on the ground to identify the rioters seen in the footage. As per the Police, it is yet to identify and arrest all the rioters visible in the videos.