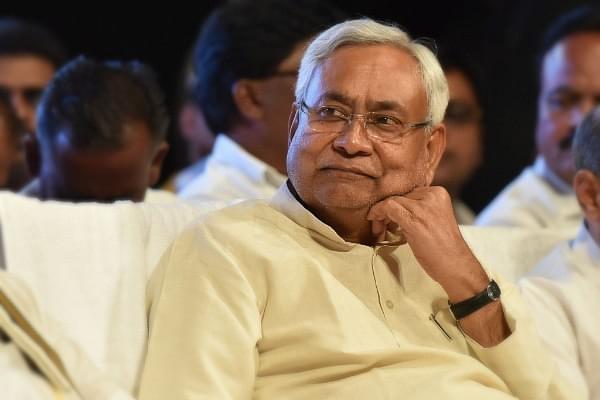 The first was his opposition to the draft Population Control Bill of neighbouring Uttar Pradesh. Kumar joined opposition parties in criticising provisions of the draft bill which lays down penalties for those having more than two children.

Next, Kumar asserted his demand for a caste-based census even though the Narendra Modi government had firmly rejected the demand earlier. Kumar has got the Rashtriya Janata Dal (RJD) and other opposition parties on board to press for the demand (read this).

The Bihar Chief Minister said on Thursday (5 August) that he has sought an appointment with Prime Minister Modi to discuss this demand. He said he will lead an all-party delegation to meet Modi.

Significantly, Kumar has not rejected the demand by (RJD leader) Tejaswi Yadav that the Bihar government ought to conduct a caste census on its own if the Union government refuses to do so. Asked about the RJD’s demand, Kumar said he is “keeping all options open”.

Earlier this week, Nitish Kumar became the first NDA constituent to lend support to the demand for a probe into the Pegasus snooping controversy. Kumar said that the issue should also be discussed in Parliament.

Kumar’s discordant notes, which are sure to embarrass the BJP and make it feel deeply uncomfortable, are his way of hitting back at the BJP which he (Kumar) suspects of sabotaging the JD(U)’s prospects in the assembly elections last year.

Kumar, and his close advisors, have always believed that the BJP propped up Chirag Paswan (Lok Janshakti Party founder Ram Vilas Paswan’s son) to undermine the prospects of JD(U) candidates in many seats.

Chirag Paswan had, in the run-up to the polls, launched a frontal attack on Nitish Kumar while proclaiming his allegiance to the BJP and to Prime Minister Modi.

He fielded candidates against the JD(U), leading to a split in anti-opposition votes and the defeat of JD(U) candidates in many seats by narrow margins.

Nitish Kumar and many JD(U) leaders as well as workers hold the BJP responsible for their party sliding to the position of a junior partner in the ruling alliance. The BJP, they assert, got Chirag Paswan to play spoilsport.

The JD(U) leaders believe that the BJP central leadership was upset with Kumar for having broken away from the NDA before the 2014 Lok Sabha polls and joined the RJD-led mahagathbandhan before the 2015 assembly polls.

Kumar had exited the NDA in opposition to the BJP naming Narendra Modi as its candidate for the prime minister’s post.

Though Nitish Kumar broke away from the mahagathbandhan in 2017 and returned to the NDA fold, many in the JD(U) feel that the BJP central leadership never forgave Kumar for leaving the NDA and that too over Modi’s candidature.

That’s why, they feel, the BJP took revenge on Kumar by reducing the JD(U) to a junior partner in the alliance. Though the BJP central leadership had announced that Kumar would be the chief ministerial candidate of the alliance irrespective of the seats won by his party, that was an electoral and alliance compulsion.

To keep up the pressure on Kumar, the BJP did not allow its party leader Sushil Modi to become the deputy chief minister this time. Sushil Modi is well-known for his proximity to Kumar and had often spoken up for the latter when state BJP leaders would criticise the Chief Minister.

Sushil Modi was not allowed to become the deputy chief minister this time even though Kumar had wanted him in that post. Sushil Modi has been removed from Bihar’s politics and nominated to the Rajya Sabha.

The BJP has nominated two of its state leaders — Tarkishore Prasad and Renu Devi — as deputy chief ministers in what was seen as a move to keep Kumar on a tight leash. Kumar does not enjoy a good rapport with his two deputies.

State BJP leaders have become more outspoken against Kumar and many have openly said that Kumar should be grateful to the BJP for its generosity (in making him the chief minister).

The discordant notes struck by Kumar are, thus, his way of hitting back at the BJP. Kumar has, however, always asserted his independence even when he was part of the RJD-led mahagathbandhan.

One prime example of that was the support he extended to NDA’s presidential candidate Ram Nath Kovind even though the RJD had endorsed Congress nominee Meira Kumar.

Kumar feels that he cannot allow the BJP to take him for granted. The periodic assertions of independence by him, and his occasional parleys with the opposition RJD, are his personal assertions of his pre-eminent position in the state’s politics.

Kumar has already taken his revenge on Chirag Paswan. In early April, the lone LJP legislator Nutan Singh joined the JD(U). The current JD(U) chief and close Kumar aide Lalan Singh is said to have lured him away from the LJP.

In mid-June, five LJP Lok Sabha MPs (the party has six MPs, including Chirag Paswan) revolted against Chirag and ousted him from the post of party chief, replacing him with his paternal uncle (Ram Vilas Paswan’s brother) Pashupati Paras.

Chirag Paswan has thus been completely sidelined in Bihar’s politics. He blames Kumar for orchestrating his ouster from the post of LJP chief that his father (Ram Vilas Paswan) had placed him in.

Having taught Chirag Paswan a lesson, Kumar is now looking for ways to enhance his position and importance within the NDA. He knows that if he allows the BJP to assert itself in Bihar, his party will shrink further and in 2025 will be reduced to a pale shadow of its former self.

Hence all these assertions of independence by Nitish Kumar. His nimble, occasional but muted opposition to the BJP is his manner of asserting his identity within the NDA and proclaiming his importance in Bihar’s politics.