Did Raja Mislead Manmohan Singh Or Did The Latter Choose To Be Misled? 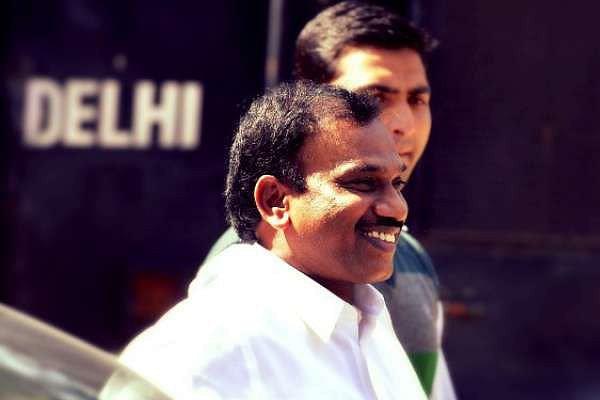 This is the third part in the multi-part series analysing Justice O P Saini’s court judgement on the 2G spectrum scam case. (Read part one here and part two here)

Charge: The prosecution alleged that Raja decided the cut­off date of 25 September 2007 on 2 November 2007 and on the same date wrote a letter to prime minister Manmohan Singh misrepresenting the facts and fraudulently justifying the cut­off date. Further, he also misled him by incorrectly stating that the opinion of the Ministry of Law and Justice to refer the matter to Empowered Group of Ministers (EGoM) was out of context. Before his letter could reach him, the prime minister wrote to Raja flagging several issues to which Raja replied assuring him that there was no single deviation or departure from the existing rules and procedures and the decisions were being taken by the DoT with full transparency. It is through this letter, it is alleged, that Raja misled the prime minister by misrepresenting facts with dishonest intention.

Judge Saini notes in his order that “these notings do show that the letter was taken up as urgent and considered seriously in the PMO.” But what he writes next is serious indictment of prosecution and how the whole case was handled.

Judge Saini records, “However, the file in which this letter was processed in the PMO has not been produced before the Court. The letter was discussed by the Hon'ble Prime Minister with the Principal Secretary. No one from the PMO has been examined as a witness nor the relevant file has been produced before the Court. The then Hon'ble Prime Minister has also not been examined as a witness. As such, there is no material on record as to what was the fate of this letter in the PMO.”

Why didn’t the prosecution produce the file from the PMO? Why was no one from the PMO examined as a witness? Why wasn’t Manmohan Singh summoned for deposition? These are important questions that those involved in the investigation and from the prosecution team need to answer. This shows utter lack of seriousness on their part and someone needs to be held responsible for leaving these big loose ends. Our fourth estate should be shouting from the rooftops and demanding answers but instead the five star anchors have moved on after doing a couple of days of shouting on prime time debates. It’s a tragedy how the press of this country continues to fail at doing its job.

But can we blame the media alone? The people have also brushed it aside after ranting on social media for a few hours. The utter disdain for detail and lack of attention span of our masses regarding matters that greatly matter to the country is the single biggest threat to our polity today.

When the letter was duly discussed and considered by the Hon’ble Prime Minister, and no one from the PMO has been examined as a witness nor the relevant files with processing notes have been produced before the Court, how can one say that the facts were misrepresented or that the Hon’ble Prime Minister was misled regarding the opinion of Law Minister for referring the matter to EGoM?

Raja had written to the Law Ministry seeking opinion on going ahead with 25 September 2007 as cutoff date. The ministry advised to refer the matter to EGoM. Raja discussed the matter with his senior officials in the DoT and the advice was termed “out of context”. The prosecution alleged that Raja misled the PM on this point. However, Raja clearly wrote to the prime minister stating that the advice of the Law Ministry has been termed “out of context” after deliberation in the department.

Further the prosecution made the case that Raja misled the prime minister because he didn’t get the letters processed in the DoT implying he would’ve have been able to mislead him had the officials in DoT processed those letters. But Judge Saini notes in his order that there is no material on record indicating that a minister cannot directly write to the prime minister and it doesn’t prove any intention to mislead on Raja’s part. It is not an extraordinary event either as the judge pointed to Dr D Subba Rao’s letter dated 22 November 2007 written directly to the Secretary (Technology, DoT) without the letter being processed in the files of the Ministry of Finance.

From the evidence, it is clear Raja didn’t mislead the prime minister. But what if the prime minister chose to be misled? What action did he take if he thought the way Raja was proceeding was not kosher? Did he take any action at all? If he didn’t why not? We won’t get answers to these pertinent questions unless we put Manmohan Singh and the then PMO officials in the dock.