Why Raja & Co Got Off Scot-Free 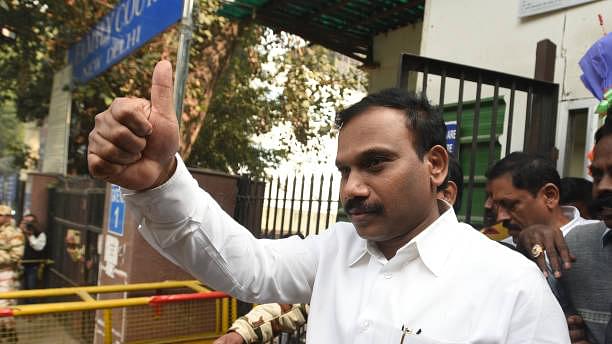 On 21 December, a special Central Bureau of Investigation (CBI) court pronounced its verdict in the 2G spectrum allocation scam case. The court gave a clean chit to all the accused when, in fact, the country was expecting the opposite. It came as a rude shock to the people that those who had in their eyes committed the biggest financial fraud in the short history of the republic went scot-free.

Why did the court think the accused didn’t deserve punishment? Was there no scam? Why did the Supreme Court then cancel 122 licenses in 2012 and order the government to take the auction route, which fetched it thousand of crores? Is the CBI court judgment at fault, or was this all simply propaganda of the opposition to bring down the United Progressive Alliance (UPA) government, as alleged by many sympathisers of the Congress party?

This writer decided to get to the bottom of all these questions by reading and analysing the court judgment for what went wrong and where. This is the first installment of the multi-part series on the judgment delivered by Justice O P Saini.

Charge #1(a): The owners of DB Realty Limited, Shahid Balwa and Vinod Goenka, and the owner of Unitech Limited, Sanjay Chandra, were familiar with A Raja when he was the environment minister. They used to meet the minister often at his home and office in connection with clearing their real estate projects, to which Raja obliged. Hence, they were familiar with each other even before Raja became the information technology (IT) minister.

Evidence by prosecution to support its charge: Aseervatham Achary was the most important witness on the prosecution side. He was Raja’s private assistant secretary from 1999 to 2003 in the rural development ministry (during Vajpayee’s government) and then from 2004 to 2005-end in the environment ministry. From 2006 to 2008, he was Raja’s additional private secretary in the IT ministry.

In his examination-in-chief, Achary told the court that Balwa, Goenka and Chandra used to meet Raja and his private secretary R K Chandolia on a regular basis to pursue their cases in the environment ministry as well as Raja’s official residence. “I saw Shahid Balwa and Vinod Goenka approximately more than 20 times, in the office of the Minister of Environment and Forests,” he said during cross-examination.

Why the charge fell: Whenever someone visits a minister, their particulars are documented in the visitors register. Achary himself told the court that an appointment chart is prepared every day when people visit him at his office or at home. Judge Saini rejected the prosecution’s charge because it could not collect even a single appointment chart or the visitors register in which the meeting of the three accused (Balwa, Goenka and Chandra) with the minister could be shown. “He [Achary] has deposed that these accused were seen by him visiting the Minister more than 20 times. How is it that not even once their visit was taken on record?,” the judge said. In absence of any documentary evidence, the judge refused to take Achary’s oral statement at face value.

Comment: The biggest failure of the prosecution was that it couldn’t present any documentary evidence to back up its claim. The judge said the prosecution could not collect even a single appointment chart or the visitors register. It doesn’t necessarily mean that these do not exist. Then, why couldn’t these be accessed? It either shows rank incompetency of the CBI or collusion of this institution with its then boss – the UPA government.

Additionally, it’s possible that whenever the three accused met Raja, their names were not put in the register at the instance of the latter. That would make sense all the more if they were indeed conspiring. But the prosecution didn’t make this case. This is the least that it could’ve done in the absence of documentary evidence.

The judge said Achary exited Raja’s IT ministry in 2008, but his statement was recorded by an investigating officer three years later in 2011, and so “this long delay in recording his statement alone is good enough to destroy the evidentary value of his deposition”.

Comment: One is not sure of this line of argument. The gap between the date on which the case was filed and the date on which Achary’s statement was recorded, is just 17 months, which is not extraordinary by any standards, given the snail’s pace at which an investigation generally takes place in the country. If this test is applied to all cases, then nearly all depositions risk being termed useless.

The judge asked that if Raja did indeed meet the three accused more than 20 times as alleged by Achary, why couldn’t the prosecution produce any other witness from the ministry.

This could be the case because of several reasons: there was indeed no meeting between them; the meeting happened only in the presence of close confidants; those who saw don’t want to get dragged into a high-profile court case; lack of a strong witness protection programme; no upside for turning approver, and so on.

The judge also said there was “no material on record as to what Sh. A. Raja and Ms. Kanimozhi Karunanithi or other accused used to talk about”.

Wonder what material on record the judge was expecting of the prosecution – a recording of Raja and Kanimozhi specifically talking about entering into a conspiracy? If the threshold for spotting the smoking gun is this high, we will never be able to catch the guilty.

Post-scriptum: In his examination-in-chief, when Raja was asked if he had ever met Balwa, Goenka, and Chandra at his residence or office, he didn’t outright refuse but instead told the court that “I do not recollect specifically...Had it been so, it should have been reflected in the chart and the entries maintained by the security forces.” The choice of words is telling. He couldn’t recollect meeting them. If the evidence could prove he met them, then maybe he did meet them; if it couldn’t be proved, as it turned out, he didn’t meet them. Simple.

One more aspect that was not taken into account. The prosecution’s case was simple and verifiable. It alleged that Raja cleared many projects of DB Realty Limited when he was the environment minister. But the judge, in the absence of solid evidence, bought into the defence’s argument that as a minister, he cleared projects for many companies and DB Realty was not an exception.

Charge #1(b): The prosecution alleged that DB Realty Limited, through Protiviti Consulting (P) Limited, got due diligence conducted of Green House Promoters (P) Limited, a company promoted by Raja’s aide Sadhick Batcha and which had members of Raja’s family as its directors. Also, DB Realty, through its subsidiary Eterna Developers (P) Limited, paid Rs 1.25 crore to Green House Promoters (P) Limited on 29 September 2008 as an advance for purchase of land, but returned the money later. The prosecution said all of this shows that Raja was familiar with DB group of Shahid Balwa and Vinod Goenka from before. It also alleged that DB Realty transferred Rs 200 crore to Kalaignar TV (in which Kanimozhi has 20 per cent stake) as gratification in exchange for granting telecom licenses to Swan Telecom, promoted by Balwa and Goenka.

Evidence in support of the charge: Some facts are not in dispute. R P Paramesh Kumar, director of Green House Promoters (P) Limited, is a relative of Raja’s. He told the court he didn’t know Balwa, whose company paid Rs 1.25 crore to his firm! Pushparaj Jaishankar Kannan, director of Eterna Developers (P) Limited, also said he didn’t know Balwa or Goenka when the fact is that both Balwa and Goenka were former directors at Eterna Developers.

Why this charge fell: Judge Saini rejected these facts, saying, “being former director of a company does not show their familiarity with Sh. A. Raja”. Regarding the Rs 1.25 crore transaction from DB Realty to Green House Promoters (P) Limited (where Raja’s relative was a director), the judge said it doesn’t prove anything and, at best, “shows an inchoate transaction between the two companies”. Now, inchoate in legal lingo means “(of an offence, such as incitement or conspiracy) anticipating or preparatory to a further criminal act”! One will leave it to the readers to decide for themselves as to what to make of it.

The judge then goes further and states that “mere familiarity does not mean conspiratorial familiarity”. If that’s true, then why did the prosecution waste months trying to prove familiarity between Raja, Goenka, Balwa, and Chandra? The judge should’ve stated this at the beginning of the trial. This could’ve saved the court a lot of time.

Follow the money, they say. Well, the most important link that would’ve established beyond doubt the conspiracy between Raja and DB Realty is the transfer of Rs 200 crore from DB group to Kalaignar TV (P) Limited. However, the judge said there was no evidence in deposition of these witnesses of any conspiracy to transfer the amount of Rs 200 crore. Wait! So, the transfer is not in dispute, but the judge said it doesn’t prove any conspiracy!

Essentially, Raja allotted spectrum to new players who were in business with a company where Raja’s relative was a director. And these new players also transferred Rs 200 crore to a TV channel owned by the family of Raja’s party supremo at the same time as when Raja allotted licenses to these new players. It seems the cosmos was conspiring, not Raja and Co.

Post-2G, The First Reform We Need Is Total Overhaul Of Legal-Judicial System

A Comprehensive Timeline Of 2G Scam: How It All Started And As It Happened