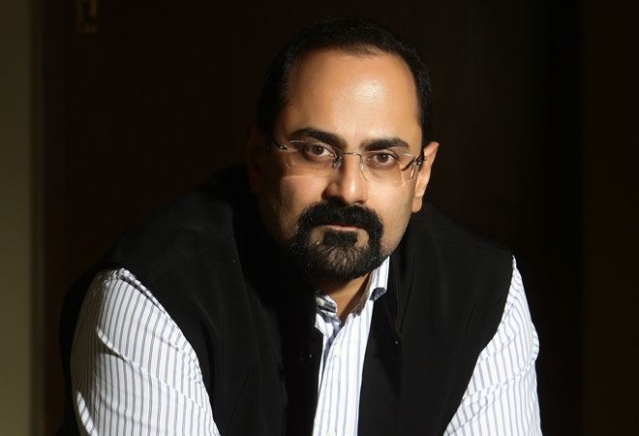 The Supreme Court pronounced its judgment on my PIL against Section 66A of the Information Technology Act a few days ago, striking down as unconstitutional, the draconian provision that has, in the last decade, impinged on citizen’s rights to freedom and expression. This is a victory for all Indians.

While the misuse of the internet isn’t threat-free, it must not be checked by curbing free expression. What has guided me in this seven-year struggle is an inspirational quote of the American President Barack Obama, “We reject as false the choice between national security and our ideals of democracy.”

While making this landmark judgment, the division bench of the Supreme Court held that “in our constitutional democracy, our Preamble guarantees liberty of thought, expression, belief and worship and, therefore, discussion and advocacy of even the most unpalatable criticism cannot be scuttled by legislation.”

The citizens of this country, among whom are other petitioners, deserve due credit for their sustained engagement with the cause. It may be recalled that the amendments to the Information Technology Act 2000, which section 66A was a part of, had been passed amidst chaos in Parliament in seven minutes flat. There was a complete absence of any legislative scrutiny in its passing. What followed was a situation in which the authorities indiscriminately abused the section to arrest citizens for making innocuous comments on social media.

Battle to protect Freedom of Speech

My engagement with this cause began in 2011, when I filed a zero hour mention in Parliament drawing attention to the imposition of unnecessary restrictions on bloggers. However, the UPA government didn’t pay heed to it. In December 2012, I spoke extensively in Parliament against the legally sanctioned imposition that was encroaching upon the constitutional freedom of citizens to express themselves freely.

In spite of the debate in Parliament, the UPA government ignored the recommendations made by us MPs. The government’s response was dodgy despite my several recommendations through letters and Parliamentary questions, in addition to my speeches.  Eventually, I decided to seek the legal option in January 2013 and filed a PIL since the gravity of the issue needed to be addressed immediately. In the PIL, I endeavored to explain that section 66A contravened Article 14 (Equality before law), Article 19 (Freedom of Expression) and Article 21 (Protection of life and personal liberty).

This was a significant experience, given that I was an MP who had to reach out for the court to seek remedial measures related to a law passed by Parliament. In other words, seven long years and a PIL filed by an MP (along with petitions by other parties) is what it took to rectify an inherently flawed bill passed by the UPA in 2008.

It is very important that the NDA Government makes a quick transition from control and regulation to its new role of an enabler of a creative ecosystem to make Digital India a reality. This objective cannot be achieved by arbitrary control over the internet. It is possible to have legislation today, and safely check the misuse of the internet while allowing vibrant, innovative and free expression on it.

Digital India is not just about connecting people.  It is also about making sure that people come online and experience what an application, a service or an interaction is all about. To make this possible, the government has to look beyond its conventional role of a licensor and a regulator, and encourage as well as facilitate creativity and collaborative innovation. Making that shift is the real challenge for the government and the bureaucratic setup that is used to the idea of complete, unchained control. The idea of a Digital India is an excellent one, but how to ensure it materializes soon is the target.

The internet is crucial for innovation, connection and economic growth. By repealing Section 66A, India is now ready for a technological leap, that the government’s laudable Digital India program shall foster. A safe internet and a free internet can coexist. What is now required is a legislation that ensures both.