Digvijay Singh Went All The Way To Guna To Talk To Jyotiraditya Scindia About His Criticism Of MP CM Kamal Nath. This Is What Happened 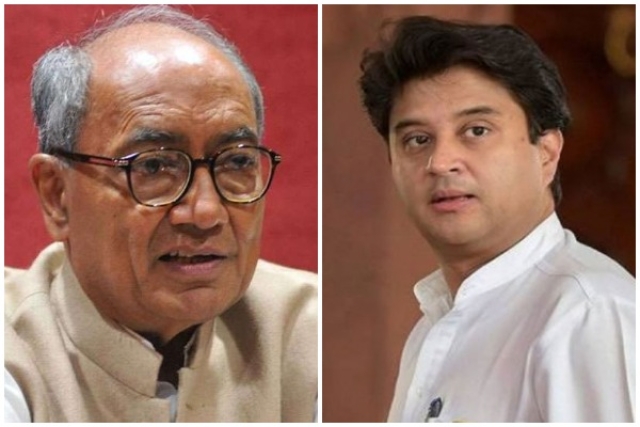 The two leaders met. But the meeting, which was being anticipated as a closed door one by sections of the media, happened and ended on a road.

News reports suggest that the meeting, which was being held in the backdrop of Scindia's open criticism of the Kamal Nath-led government, lasted barely ‘two-three minutes.’ The Guna meeting was being considered important in the current scenario for Congress.

According to a report on the Outlook website, the short meeting saw Singh leaving  for Indore, while ‘Scindia continued with his scheduled tour.’

On reaching Guna, the constituency where Scindia was defeated by BJP in 2019 Lok Sabha polls, he shared scenes of the show of strength from his supporters on his Twitter account.

The ace leaders of Congress in MP are said to be going through, what is being perceived in some sections of the media, as lack of communication.

“Scindia is reportedly vying for the post of state Congress president which is currently held by Chief Minister Kamal Nath. Singh is perceived to be against Scindia,” the Outlook said in its report.

Scindia has been vocal in his criticism of the state government. Earlier, he had said that he would hit the streets ‘against the Kamal Nath-led government over fulfillment of poll manifesto.’

Singh had then said that all was well and there was no lack of communication between the CM and Scindia. He had added that the Congress government led by Kamal Nath had completed only 15 months in power and the manifesto is meant to be fulfilled during the term of five years.

Last year, Kamal Nath was seen defending his government's stand on various issues when reporters prompted him to react to the opinion of his ace party colleagues from the state.

Elections will be held for three Rajya Sabha seats in Madhya Pradesh.

Out of the three seats, two are with the BJP and one with Congress. Scindia is said to be the frontrunner to wrest one of these seats. At the same time Singh has chances of retaining the RS seat.

Congress is thinking of sending Priyanka Gandhi to Rajya Sabha from Madhya Pradesh. This is another reason why the meeting between Singh and Scindia was being looked at as a crucial one.

Madhya Pradesh Congress Coordination Committee meeting was held in New Delhi earlier this month. It was reported that Scindia left the meeting half way. The meeting as per this report was held at Kamal Nath's residence.

AICC general secretary in-charge of state affairs, Deepak Babaria, was reported claiming that the meeting was very good and all senior leaders attended it.

Singh, too, had defended the solidarity within the party and said that the reports that Scindia left the meeting were wrong. He said that there was no need for a mediation between Nath and Scindia.