Dispatch From UP: Maurya vs Maurya In BJP; SP’s Decency Problem 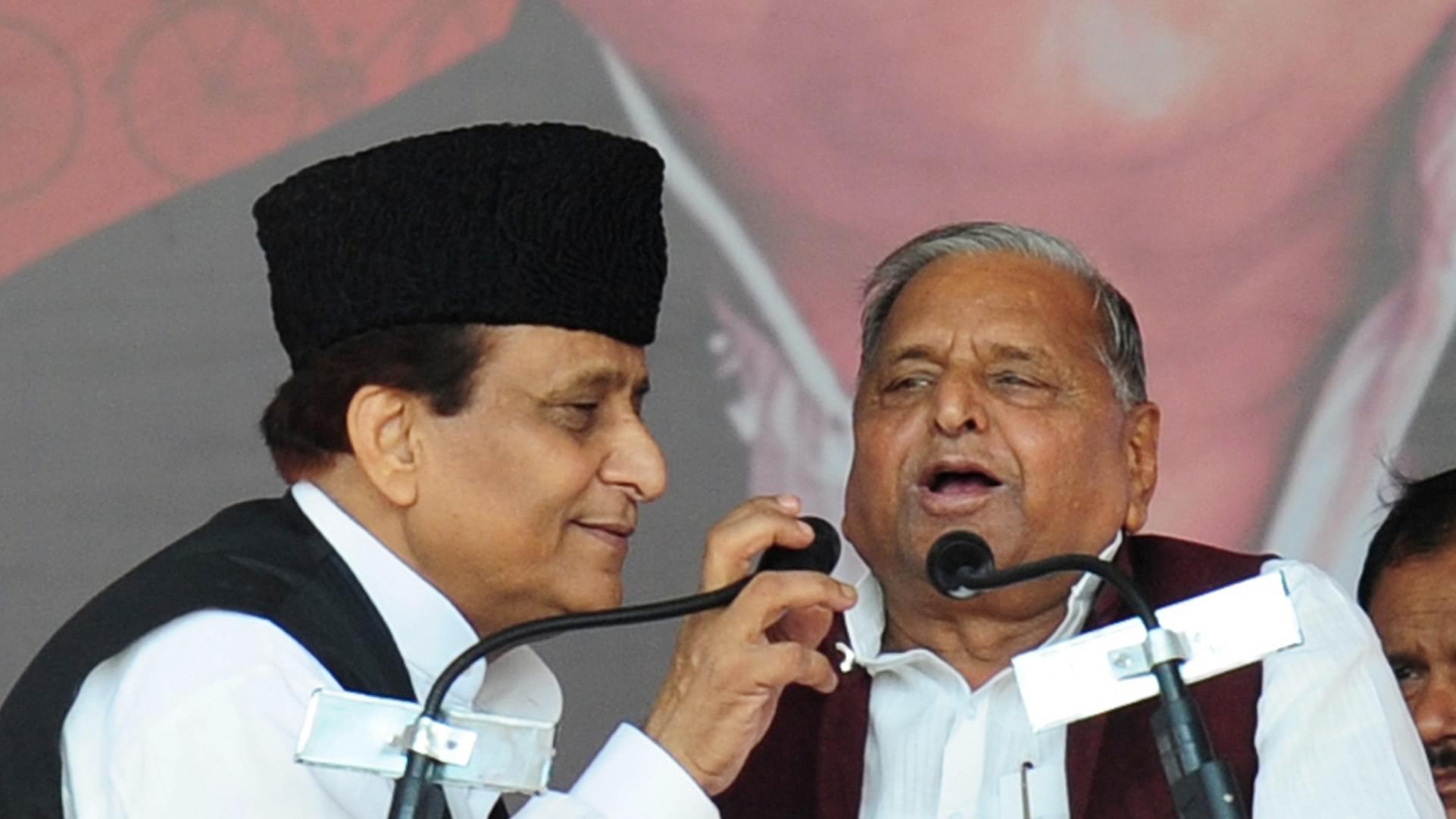 When the former Bahujan Samaj Party (BSP) leader Swami Prasad Maurya ended speculation about his future by joining the Bharatiya Janata Party (BJP), with the vow to finish off Mayawati politically, itensured the uneasiness of the other Maurya— Keshav Prasad.

There is reason for Keshav Prasad, the BJP’s state president in UP, to feel uncomfortable. The Swami Prasad Maurya is said to enjoy a better standing in his community and amongst other backward castes (OBCs) vis-a-vis the Maurya of the BJP who was a non-entity in state politics until his elevation.

Keshav Prasad, in fact, doesn’t even enjoy the whole-hearted support of his party men. His selection as the state president of BJP wasn’t widely expected, and his appointment left senior party leaders from the state nonplussed. During one of his visits to Ballia, he was allegedly assaulted by party workers. Though he did not file a FIR, cases were registered against 12 party workers.

So Who Has The Advantage?

Swami Prasad Maurya’s induction is expected to boost the BJP’s outreach among the OBCs, especially in east UP— the region where the BJP is deploying its full firepower. That is aimed at somewhat neutralising the advantage which the Samajwadi Party has with its Yadav vote bank.

There is, therefore, ample reason for Keshav Prasad to feel jittery, even if there may not be an immediate threat to his position. At the time of Swami Prasad Maurya joining the BJP however, Keshav Prasad Maurya was all smiles as he welcomed him to the party.

Maurya leaving the BSP was like a rug being pulled out from under Mayawati’s feet. It came at a time when “gau rakshaks” in Gujarat and Madhya Pradesh were on their way to create animosity between the BJP and Dalits— immediately increasing the party’s dependence on the OBC votes in Uttar Pradesh.

Now, Mayawati’s former lieutenant has warned that he would get 20-25 BSP legislators to quit the party. If those ominous words of his come true, Mayawati would indeed be left tottering. As it is, she has lost many of her leaders due to her alleged avarice.

Those who left the party earlier included Kanshiram’s loyalists Raj Bahadur, Dinanath Bhaskar and Daddu Prasad. Sonelal Patel, Jugal Kishore and Babu Singh Kushwaha were the others to leave the party because of Mayawati’s “arrogant and greedy” ways. Kushwaha, however, is an accused in the multi-crore National Rural Health Mission scam and was dumped. Other than Yadavs, the backward castes would be crucial in the BJP’s “Mission 265” for the UP Assembly poll.

Swami Prasad Maurya was not the only newsmaker in Uttar Pradesh. Azam Khan, considered to be a good orator in the House, planted his foot in his mouth while commenting on the Bulandshahr rape case. Azam saw a “political conspiracy” behind the gang rape of a mother and her 14-year-old daughter which happened on National Highway 91, connecting Delhi to Kanpur.

The Rampur strongman hinted that act could have been committed by elements of the opposition to defame Akhilesh Yadav’s government. Azam’s insensitive remark saw an outcry against the Samajwadi Party government which had been left shaken by the traumatic incident.

Akhilesh Yadav himself reacted sarcastically and insultingly to a woman reporter’s question on the rising number of rape cases in the state. “You are safe, why are you bothered?” he replied to the reporter.

Opposing the anti-rape law, which provides for death to rapists, the tallest of Samajwadi Party leaders Mulayam Singh said, in a rally at Moradabad in 2014, that “boys will be boys, they make mistakes” and should not be hanged. Mulayam added that boys and girls fall in love and then part ways over differences. “When their friendship ends, the girl complains of rape.”

In 2015, the veteran UP politician came up with another shocker: How can four men rape a woman? Is it possible? Gang rape, according to him, “is not practical”.

How does one look at the data on anti-women violence from UP?

The state police may have been found sleeping on the fateful night when the mother and daughter were being gang raped in Bulandshahr, but they have their own explanation to offer on the increase in these dastardly acts. In a detailed conversation with this writer one police officer said, “You will find that whenever these cases are honestly registered by the police, they show an increase.”

Conversely, a dip in rape cases could imply that the police had not been registering the crime to project their thana (police station) as being crime-free and, thereby, protect the government’s image from getting tarnished. False cases of rape also lead to a spike in the rape numbers, he said.

So, here we are left wondering if the increase in the rape cases is due to police honesty or a consequence of some spurned women trying to frame men. Village politics gives another dimension to rape cases, as the officer explained. Villagers, he said, could go to any extent— even cry rape— to settle scores with their local rivals. In such cases the girl becomes an unsuspecting “victim”. That was a good lesson in obfuscating the data on rape.