"Don't Ask Me About Him", Says Nitish Kumar As Speculations Of Upendra Kushwaha's Exit From JD(U) Grow 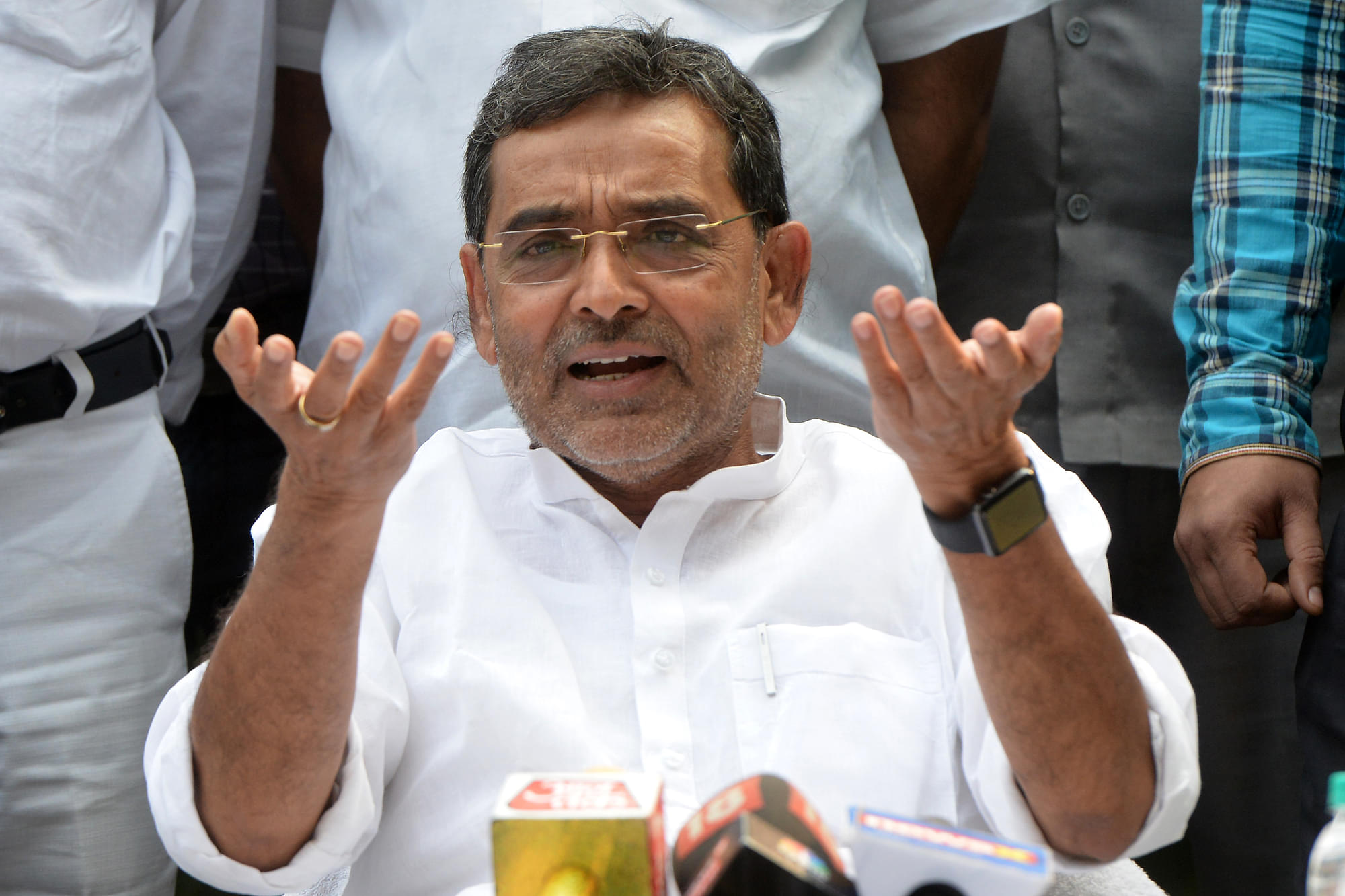 The rift between Nitish Kumar and Upendra Kushwaha seems to have resurfaced in Bihar, with speculations about the latter leaving Janata Dal (United).

The Bihar Chief Minister, when prodded over the issue, said “Don’t ask me about him.”

Upendra Kushwaha is a prominent leader in Bihar and the national parliamentary board chairman of JD(U). Kushwaha is seen as Nitish’s protégé, and both share a common Koeri-Kurmi voter base in Bihar.

Although he has shared a long love-hate relationship with the JD(U) and Nitish Kumar, having left and rejoined the party twice. Most recently, his Rashtriya Lok Samata Party rejoined JD(U) in 2021.

Kushwaha has been ‘unhappy’ with the alliance ever since JD(U) broke off with BJP and rejoined hands with Rashtriya Janata Dal (RJD) in August 2021.

Kushwaha was expecting a prominent role in the Bihar cabinet but felt sidelined after RJD leader Tejaswi Yadav was assigned the Deputy Chief Minister post, and later named the Chief Ministerial candidate for the 2025 polls.

Talks about Kushwaha planning to leave JD(U) once again to join Bharatiya Janata Party (BJP) surfaced after several BJP leaders visited him in Delhi while he was at the AIIMS for medical treatment.

Days later, Kushwaha called these ‘baseless rumuors’ and told the press, “I am in JD(U), JD(U) is getting weaker but I will keep working to strengthen it”. He later added that “big leaders in JD(U) are maintaining deep contacts with those in BJP”.

Kushwaha too was snubbed by the party when he was not invited to a function attended by the chief minister and other prominent JD(U) leaders.

Nitish dismissed Kushwaha’s remarks at the function as “not worth taking note” and said, “the one who himself wants to get in touch is making such allegations,” without taking Kushwaha’s name.