Dr BC Roy, The Architect Of Modern Bengal, And His Ambivalent Relationship With Nehru 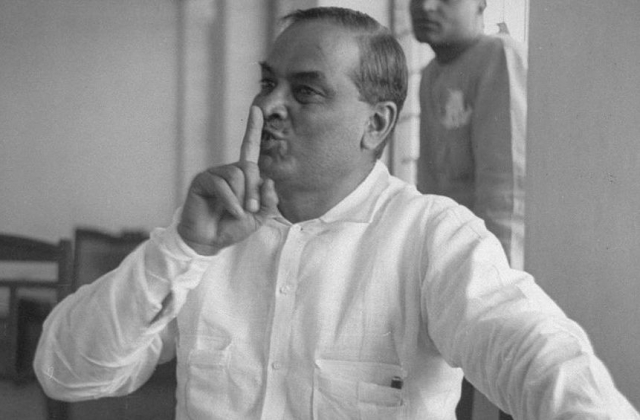 Bengal is celebrating the 138th birth anniversary — as also the 58th death anniversary — of Bidhan Chandra Roy, inarguably Bengal’s greatest chief minister, today (1 July).Known as the ‘architect of modern Bengal’, Roy was the pre-eminent physician of his time and a visionary whose towering personality dominated Bengal’s political landscape.

Roy, though a reluctant and ‘part-time’ politician — he was far more dedicated to his medical profession — was firmly in the Congress.But while sharing very warm personal ties with Gandhiji, his relationship with Nehru was very ambivalent, especially after 1947.

Immediately after Independence, the Congress wanted Roy to take over as chief minister of Bengal, which was wracked by communal violence, severe food shortages, a huge influx of Bengali Hindu refugees from East Pakistan and unemployment.But Roy wanted to devote himself completely to his profession.

Nehru, who had taken over as Prime Minister, personally requested Roy to accept the CM’s post.But that did not work, and it was only after Gandhiji intervened that Roy relented.Within three years, he brought order back to Bengal and laid the foundation of modern Bengal.

Leaders of the Congress who flock to Bidhan Bhawan — the state headquarters of the party in Kolkata — to pay homage to Roy, often quote Nehru’s tearful homage to Roy after the latter’s sudden death on his 80th birthday on 1 July 1962.

Nehru had famously said then: “Bidhan Roy was a tall man, much taller than me”. The two shared an easy friendship and a deep mutual respect.Roy was one of the very few who had unhindered access to Nehru’s private chambers at Teen Murti Bhavan (Nehru’s official residence).

But it remains a fact that on some very important matters, Roy had serious differences with Nehru.And had Nehru heeded Roy’s advice on these matters, the sad fate of Bengal and the sorry plight of its people would have been very different.

Differences Over Exchange Of Population

Roy was an advocate of a complete exchange of population after Partition between West Bengal and East Pakistan on the lines of what was taking place in Punjab then.But Nehru was firmly against displacing Muslims from Bengal and sending them to East Pakistan.

For Nehru, the woolly-headed ‘secularist’, it did not matter that Bengal was getting overwhelmed with lakhs of Hindu refugees from East Pakistan fleeing persecution and genocide there.It did not bother him much that it was way beyond the capacity of an already over-populated Bengal to rehabilitate the lakhs of refugees.

According to educationist and chronicler Tathagata Roy, who wrote many books on Hindu refugees and the plight of Hindus in East Pakistan, Bidhan Roy agreed with Bharatiya Jana Sangh founder Syama Prasad Mookerjee on population exchange.

“There was great divergence of opinion between Dr B C Roy and Nehru on this subject. Nehru hemmed and hawed while lakhs of Hindu refugees fled East Pakistan after partition and the atrocities unleashed on them in 1949-1950. The Pakistani government (in East Pakistan) killed more than 60,000 Hindus, thousands of women were abducted, raped and forcibly converted to Islam, Hindus were driven away from their properties and all sorts of atrocities were committed on them with the official sanction of the government there,” Roy, who is now the Governor of Meghalaya, told Swarajya from Shillong.

That sparked a huge exodus of Hindus to Bengal.But Nehru, said Tathagata Roy, was unmoved by their plight. Bidhan Roy and Syama Prasad Mookherjee, who was then the Industries Minister in the Union Cabinet, pressed for an exchange of population.Nehru disagreed, and instead, signed a pact with Prime Minister Liaquat Ali Khan of Pakistan on 8 April 1950.

The pact, opposed by Bidhan Roy, Mookherjee and many others, provided for the governments of both the countries to protect and safeguard the interests of their respective minorities.But, as Roy and others had warned and apprehended, the pact was never honoured by Pakistan and the persecution of hapless Hindus in East Pakistan continued.

Mookherjee resigned from the Union Cabinet in protest over the pact.Bidhan Roy, who used to address Mookherjee as ‘Mejda’ (the Bengali term for one’s second eldest brother), was pained by Nehru’s indifference to Mookherjee’s resignation.

According to many chroniclers, Roy lamented in private at that time that Nehru had committed a blunder and the Pakistanis could not be trusted, an impression that future generations of Indians would come to hold very firmly.Nehru, naive as usual, placed faith on Pakistan to protect its minority Hindus, who continue to face persecution even today and have only Nehru to blame for their plight.

According to Tathagata Roy, Bengal’s second post-Independence Chief Minister (Prafulla Chandra Ghosh was the first to hold that office from 15 August 1947 to 22 January 1948) had attempted to get Muslims in Murshidabad to migrate to East Pakistan.Dr Roy had asked the state administration to encourage Muslims to migrate.

But Annada Shankar Roy, an ICS officer, was the district magistrate of Murshidabad at that time and had close links with very senior Congress leaders in New Delhi.He promptly conveyed Dr Roy’s plans to his Congress masters and once it reached Nehru’s ears, the latter thwarted it.

Tathagata Roy said that IAS officer Rathin Sengupta (who went on to become the chief secretary of Bengal) narrated this to him.Had Dr Roy’s plans succeeded, the lakhs of Hindu refugees streaming in from East Pakistan could have easily been settled in Bengal.

“Most of the Hindu refugees who came in that time (and still continue to) were farmers and fisherfolk who did not have any other skills. Had an exchange of population taken place like what happened in Punjab, Bengal would not have been overburdened with lakhs of homeless destitutes and the state’s economic condition would not have nosedived,” said Tathagata Roy.

An exchange of population, contend historians and social scientists, would also have resulted in vulnerable Hindus from East Pakistan (and, subsequently, Bangladesh) migrating to Bengal.“That would have saved millions of Bengali Hindus from the terrible sufferings, including genocides, that they have been and are still being subjected to,” said Aloke Kumar Majumder, a historian.

Nehru was very lukewarm towards Bengali Hindu refugees.It is a well-known fact that Nehru was extremely parsimonious in allocating funds and other resources for providing relief to the refugees.

“Compared to Punjab, which received millions of Hindus and Sikhs from West Pakistan, Bengal received a pittance from the Centre. The Union government’s complete attention and focus was on refugees from West Pakistan, who were settled in Delhi and many other parts of northern India,” said Majumder.

Bengal, being a rich province at that time, could manage to provide relief to East Pakistani refugees on its own.But being overpopulated, there was no more space to rehabilitate them. Dr Roy was very unhappy with Nehru’s indifference towards Bengali Hindu refugees and took it upon himself to arrange for their resettlement in Andamans.

Nehru’s complete apathy towards the lakhs of Bengali Hindu refugees, says Tahthagata Roy, “pushed them (the refugees) into the arms of the communists”.And the support of these millions of suffering masses helped the communists gain political momentum in Bengal and ultimately come to power.

“Had Nehru listened to Dr Roy, sanctioned adequate relief for them and then facilitated their timely rehabilitation as Dr Roy had strongly rooted for, the Hindu refugees would not have fallen into the lap of the communists and the history of Bengal would have been different,” said Tathagata Roy.

It is well known that the communists were responsible for the industrial, economic, educational, cultural and social decline of Bengal and the 34 years of their disastrous rule since 1977 brought the state to its knees.

Bidhan Roy opposed Nehru’s misguided freight equalisation policy that took away the natural advantage that mineral-rich states like Bengal, Odisha, Bihar and Madhya Pradesh enjoyed.The policy, framed and implemented in 1952, provided for subsidies to be provided to industries for transporting minerals from these states to units in any part of the country.

The policy resulted in industrial units slowly moving out of Bengal since many industries preferred locating their production units near the western coast.The loss of Bengal’s locational advantage naturally led to the state’s economic decline.

Dr Roy wrote many letters to Nehru asking for a reversal of the policy.But Nehru remained unmoved. Nehru’s defence was that the policy would facilitate equal industrial growth of all parts of the country.

This misguided policy was ultimately junked in 1993, but enormous and irreversible damage had already been done by then to Bengal, Bihar, Odisha and Madhya Pradesh (Chhattisgarh).

Had this policy not been framed, mineral-rich eastern India, especially Bengal, would not have experienced the industrial decline that it did.This decline also contributed to the rise of communists in Bengal.

Dr Roy, says former bureaucrat Amitabha Sen, was on the same page as Syama Prasad Mookherjee on Kashmir and Article 370.“He was strongly opposed to the Khilafat movement. Roy had urged Nehru to listen to Mookherjee on granting special status and privileges like its own flag, emblem and constitution to Kashmir,” Sen told Swarajya.

Sen, an Indian Revenue Service officer who had served in the PMO when Vajpayee was the Prime Minister, said that Dr Roy had privately supported Mookherjee’s protests over special status to Kashmir in 1952-1953.

Sen recalls an episode narrated to him by historian Dinesh Chandra Sinha over Mookherjee’s mysterious death.Vajpayee had accompanied Mookherjee’s body to Kolkata.“Many had come to pay their last respects and when Dr Roy came, Jogamaya Devi (Mookherjee’s mother) asked him: ‘How could my son die with such an eminent doctor like you in the country. Couldn’t you save him?’”.

Sen recalls Sinha telling him: “A tearful Dr Roy told Jogamaya Devi that he had sent medicines to Mookherjee (who had been jailed by Sheikh Abdullah in Kashmir) but Jawahar (as Roy used to address Nehru) did not allow those medicines to be given. Vajpayee, who was present there, agreed and held up a bag containing the medicines that Dr Roy had sent but were never given to Mookherjee”.

Vajpayee said in 2004 that Mookherjee’s arrest and subsequent death was a conspiracy hatched by Nehru and Sheikh Abdullah.That statement created a stir.

Many historians say that Dr Roy had lent his support to the demand for a judicial enquiry into Mookherjee’s death. Jogamaya Devi had also made the same demand.Nehru’s refusal to order an inquiry greatly upset Dr Roy.

But despite the many differences, Dr Roy and Nehru got along quite well.“That is because Dr Roy was a very amiable person and his worldview in some aspects was close to Nehru’s. Dr Roy was a Brahmo and as a physician, he could keep himself detached from personal feelings and emotions,” said Amitabha Sen, who is now a prominent advocate at the Calcutta High Court.

But the fact remains that had Nehru gone by Dr Roy’s wishes and advice on population exchange, refugee rehabilitation and freight equalisation policy, the history of Bengal would have been very different.Also, had Dr Roy’s advice to Nehru to heed Syama Prasad Mookherjee’s views on Kashmir been accepted by the then Prime Minister, Kashmir would have been a different story.

Congress leaders who put Nehru on a pedestal would do well to keep all this in mind while they sing paeans to Dr Roy.