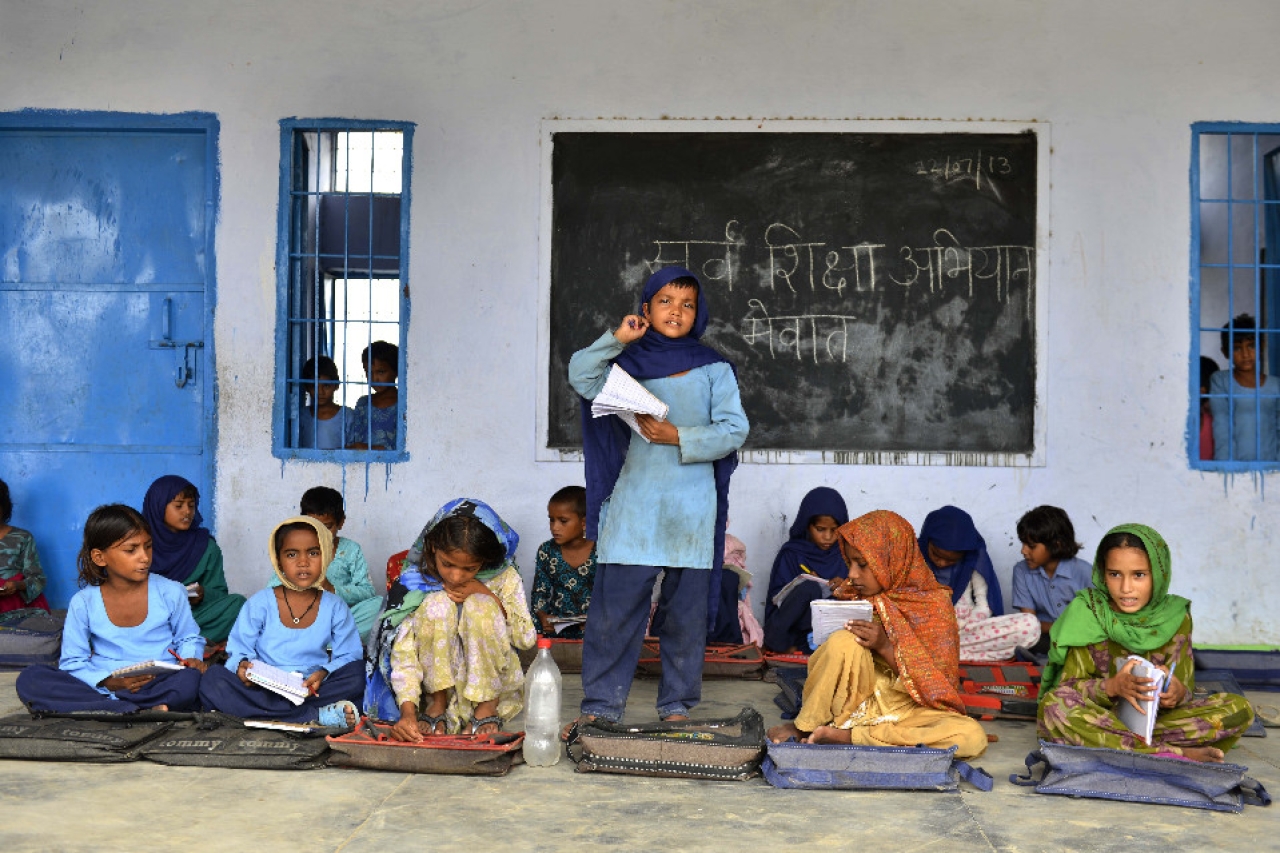 What would you say to the idea of government identifying select regions in the country, where Scheduled Castes (SC), Scheduled Tribes (ST), other backward classes (OBC), minorities, etc are in the majority, officially branding these areas as special zones, establishing public schools serving these communities, hiring teachers from these communities and introducing an inclusive curriculum that mainstreams issues related to the communities the majority of children belong to?

Sounds like a wonderful idea, isn’t it? The road to hell is paved with wonderful ideas like these, which are rooted in the good intentions of the proponents. One is forced to give the benefit of doubt in this case instead of looking for malice because the gentlemen who drafted the National Education Policy (NEP) and have recommended such a scheme to achieve an inclusive and equitable education system are all worthy individuals.

Social theorist, Thomas Sowell, would characterise them as those with the vision of the anointed.

To those with the vision of the anointed, the question is: ‘What will remove particular negative features in the existing situation to create a solution?’ This is a wrong approach to policy-making because, ‘there are no solutions; there are only trade-offs’ and the right way to approach a problem is to ask: ‘What must be sacrificed to achieve this particular improvement?’

In NEP’s case, while suggesting a solution to achieve an inclusive education setup, the committee members unfortunately ignored Sowell’s sage advice. There is no way to know whether their proposed suggestion will achieve what they are aiming for but such communal and caste segregation, by effectively establishing identity-based government schools, will certainly do irreparable damage to our national unity and integrity.

The draft NEP states that there are disparities in education levels of different groups. Those under-represented groups, which the document refers to as URGs, in education are living in large numbers in certain geographical areas of the country. To uplift their condition, the draft NEP recommends declaring certain regions as Special Education Zones (SEZs), which will receive special attention from the government.

For the purposes of setting up SEZs, we can safely conclude that mainly two identities will matter — b) and c) — because those falling in a) and d) categories are evenly distributed across the nation. This effectively means declaring those areas as SEZs where say, SCs/STs, OBCs, Muslims, etc., are present in significant numbers — basically, segregation along the caste and religious lines.

For SEZs, the draft NEP proposes that the centre spends double the amount of whatever the state government does in these areas, which can help in enhancing infrastructure, learning resources and teacher capacity.

While such demarcation (based on caste and religion demography) of SEZs is divisive, some might argue that this is only an official recognition of ground realities. If a tribal region in Madhya Pradesh or Jharkhand fares poorly on education parameters and is labeled as SEZ and more money is pumped there to raise the education levels of students, what’s the harm in it?

Even if we set aside the dangers of recognising backward regions based on group identity, that too for investment in a critical sector like education, we should keep in mind that there are stark intra-state differences and there could be many cases where an OBC majority region in a rich state may be better off than an Upper Caste majority region in a poor state.

In fact, within the states, one can list cases where a group labeled as OBC, based on backwardness of social status, may be ranked equal or even slightly higher than non-reserved castes when it comes to education markers. So, a better and non-divisive approach is to rank the districts or parliamentary constituencies or regions based on purely education indicators. The government may even skip economic criteria because some groups, which are comparatively well off due to their social status or agrarian holdings or their remunerative traditional caste profession, may be faring poorly on education markers.

The 2021 census will kick-start soon and the government can make the collection of education data an important part of this exercise. This would not only help the government frame a non-controversial parameter as its basis for declaring SEZs, it would be a great asset for the private sector too, for it to channel its investments accordingly.

Alternatively, the government can take a similar approach to its aspirational districts programme, where 115 most-backward districts in the country have been selected for targeted development based on a few parameters including education. In such a scenario, Muslim-majority Mewat will probably still be selected but it will be based on secular parameters rather than religious demography.

However, mere declaration of SEZs based on caste/religion demography is only the tip of iceberg of this ill-thought out idea. The draft NEP states that concerted efforts will be made to hire teachers from the so-called under-represented groups through special recruitment drives. It suggests that a different model of hiring is devised where teachers from URGs are first recruited and then trained instead of the usual method of training followed by recruitment.

For SCs and OBCs, it says that, “special initiatives should be taken up by the concerned ministries and departments to up-skill them and prepare them to be recruited as teachers in schools, especially in their home regions where they can become excellent role models.”

It is not clear whether the NEP wants to merely recruit SC/OBC teachers up to their reserved quota level in government appointments or hire over and above that number (and if the latter is even constitutionally tenable) but the bigger issue here is the problematic suggestion that these teachers from URGs be posted mostly in those regions where their group population is higher so that they become excellent role models for students of their community.

There is a dangerous implication here: of creating role models for students based on caste. While the draft NEP justifies it based on its vision of inclusion, the exact reverse can also be justified on the same principle: the upper caste students need to have teachers from URGs as role models so that their caste privilege is lessened and we create a more inclusive society. See? Instead of mindlessly foisting this flawed version of inclusion, we should always be aware of the costs we will be incurring as a society and nation by pushing for ghettoisation of schooling.

In another instance, the draft NEP mandates that pupil-teacher ratio in schools with a high proportion of learners from URGs should not be more than 25:1. What about those schools which have less proportion of learners from URGs but which still lag behind in education outcomes? This obsession with making rules based on identity, rather than need, will do us great harm.

The draft NEP talks about ‘establishing excellent schools in areas with high Muslim populations, with efforts to bridge language barriers when they exist by hiring teachers who speak and write Urdu or other home languages.’ Now, consider this policy in a composite way. If in an area, Muslims are in majority (say 60 per cent of the population) and new government schools are established, where teachers are also recruited from the community (as role models for Muslims) what would happen to inclusion concerns of remaining 40 per cent of students from non-Muslim communities? Will we have community based teacher reservations over and above the current 60 per cent quota limits? The committee has clearly not thought through the implications of such policy measures.

Moreover, the draft document recommends setting up a special National Fund 'speciﬁcally for providing scholarships and developing resources and facilities for students from URG.’ We already have sectarian scholarships for the six national minorities, SCs, STs, OBCs, etc., which are run by Ministry of Minority Affairs, Ministry of Social Justice, Ministry of Human Resource Development, etc. It’s unlikely that the committee wasn’t aware of these existing scholarships for URGs, so will the new ones be over and above the existing ones or all these will be rationalised under the national fund? The draft is silent on this.

Be that as it may, all this is worrying. Once you create a parallel government school structure for URGs with increased investment, more infrastructure support and special rules (like tighter pupil-teacher ratio, different faculty-hiring structure, etc), there is no turning back. It’s a slippery slope that leads to segregation of the whole public school system based on identity just like how the Telangana government is doing it. In the past few years, it has setup hundreds of special residential schools for minorities, dalits and other backward communities with reservations for students based on their caste and religion.

Can we ever hope to build an inclusive nation if we march in the direction of creating such an exclusionary school system? Ghettoisation will strengthen separatism, not the Indian union. Identity-based SEZs are a recipe for disaster. The only silver lining here is that just like the government school system has failed miserably, this too shall fail. Thank the gods for small mercies.

Get Swarajya in your inbox everyday. Subscribe here.
Tags:
74 Shares