Ending The Inter-State Water Wars: Why A Permanent Tribunal Alone Won’t Do It 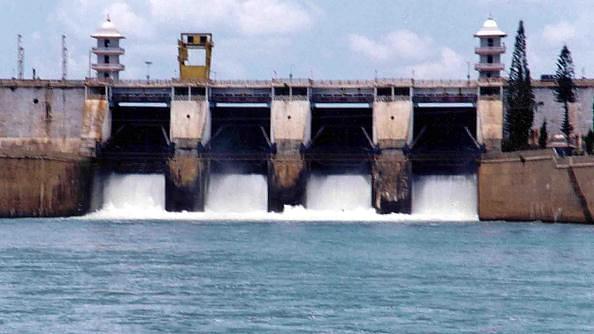 Cauvery river water being released from the Kabini Dam at Heggadadevankote province about 165 km south-west of Bengaluru. (STR/AFP/GettyImages)

The Centre’s decision to create a permanent water tribunal to adjudicate over inter-state water disputes may, at first glance, look like an improvement over the current ad hoc nature of such tribunals, but it is unlikely to work very much better.

The long-running Cauvery water dispute between Tamil Nadu and Karnataka could not be solved this time even by the Supreme Court, since Karnataka, plagued by a weak monsoon, more or less refused to comply with it. Karnataka also had problems with the Mahadayi river tribunal verdict, which the state saw as favouring Goa. So the presumption that a permanent tribunal will do the job is naïve.

Under a proposal cleared by the Union cabinet around mid-December, parliament will have to pass a law for setting up the permanent tribunal. It will be headed by a retired Supreme Court judge. Benches of the tribunal will be formed and dissolved to adjudicate specific disputes. Only the tribunal will be permanent, not the benches.

Solving inter-state water disputes needs a different approach, one which does not merely look at distributing shortage, but optimising water use and augmenting supplies. In an era of growing demands for water and competing needs, the issue is not the forum used to settle disputes, but something larger.

First, the disputes need to be framed correctly. The problems cannot be assumed to be only between states; they could also be intra-state. Is the Cauvery water about Tamil Nadu and Karnataka, or also about upstream and downstream usage in Karnataka itself? The dispute is as much between upper riparian districts, which use the water for farming, and the lower riparian users, including cities like Bengaluru. This dispute, though, gets suppressed in inter-state political posturing. Water disputes should thus be framed holistically. Without a proper framing of the dispute, you will not get optimal solutions.

Second, optimising water usage. States and centre must evolve a hierarchy of water usage, with drinking water being prioritised over farming, industrial and other needs. Economic value-add could be a criterion. If metros and cities add more economic value, they can well afford to pay more for water and be given a higher share too. Within farming, too, we need to prioritise. If sugarcane and rice are water guzzlers, logically cane and paddy farmers should be expected to pay more for growing such crops than those growing wheat or coarse cereals. Since livelihoods are at stake, water subsidies may be unavoidable, but this can only happen if water is paid for by all users to some extent. The free water threshold has to be low, so as to disincentivise wastage.

Third, tapping alternate sources. Coastal states must, by law, be asked to use more desalinated water. They can be subsidised by the centre for the installation of such plants. Both Tamil Nadu and Karnataka are coastal states, and there is no reason why both should not be asked to augment supplies by tapping sea water for non-potable uses. Tamil Nadu already does so; Karnataka needs to be encouraged to follow suit. This way the Cauvery water can be used for higher-priority needs.

Fourth, compensation must be the norm when monsoon fails. Once a water-sharing formula is agreed both between states and between districts within states, if water is in short supply due to monsoon failure, those who get less than they were guaranteed should be compensated financially by state or centre. Thus, if Karnataka does not release water, it should be asked to pay Tamil Nadu for the shortfall; but this can happen only after both states agree to the primary sharing formula. A tribunal should not only work out the water-sharing percentage in heavy and lean months, but also the financial compensation when a shortage develops.

Fifth, fiscal incentives to reduce water usage. India wastes too much water, whether in farming or in industrial areas or even for urban home consumption. Clearly, water must be paid for, and fiscal incentives to reuse waste water, to adopt drip irrigation, and to line canals to prevent wastage are critical.

The only way to end the water wars is to think abundance, not shortage. This calls for less wastage, economising on consumption, and getting people to pay a price for it. What is not paid for will be wasted.