Engineering And The Freedom of Speech 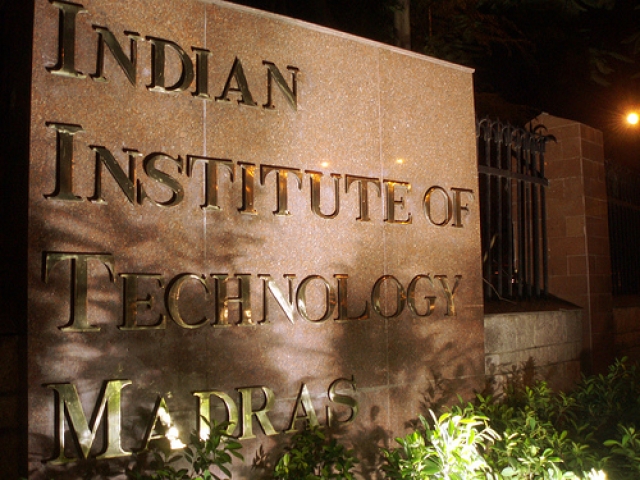 Academic campuses house young impressionable minds; they have accomplished teachers who keep pushing the frontiers of knowledge by asking questions and taking paths not yet trodden. This is a heady mix of elements that refuses to accept status quo and challenges the established order. No wonder, campuses have been at the vanguard of socio-political movements and the nurseries of politicians the world over.

So, should there be no limits on the freedom of expression, freedom of belief, freedom of unbridled action sanctioned by one’s conscience (even if not by law)? A campus pushes all of the above in a routine manner. But then, is not an uncontrolled reaction a nuclear bomb and a moderated reaction the source of usable energy?

A tenuous understanding that has evolved in our country and elsewhere is that these freedoms are bound in the limits of ‘reasonableness’. The test thereof rests on a few simple dipstick tests: that it does not incite violence, does not hurt sensibilities of people and fits within the framework of agreed upon norms/laws/statutes. In my limited understanding of this complex aspect, I find the Ambedkar-Periyar Study Circle (APSC) at IIT-Madras, which was temporarily ‘derecognised’ on 29 May, failing all these tests. Let’s use the Aaron Swartz case as the yardstick.

Swartz has been notably absent from the debates on intellectual freedom and rights arising out of endeavours of the field in our country. Should the knowledge discovered in academic campuses be copyrighted and defended by punitive measures? A part in all of us would be tempted to believe that intellectual works and intellectual churn at a campus belong to all humanity. Sadly, the world over, opinion on this stands divided. Knowledge workers by and large want to see their labour in pushing the frontiers be rewarded and protected. Aaron Swartz disagreed.

In 2010-11, the whizkid went on to download in bulk the JSTOR database (a database of more than 2,000 journals maintained by a non-profit organisation) by connecting to the MIT’s data network. He was caught and charged on several counts and faced a possible penalty of $1 million and a prison term of 35 years. Swartz, at the tender age of 26, committed suicide in January 2013. This sparked a debate all across the world. He is hailed a hero and a role model for many.

His brilliance and his outstanding contribution to the internet as a teenager add saliency and poignancy to his short life. Was he right? History alone can judge him. Even if a repeat incident were to happen on any of the campuses in the US, possibly, the same sequence of events would be played out from the side of authorities and administrators.

For me, the sheer brilliance of Swartz and his activist zeal makes him a lot more than a mere hacker with a purpose — he represents a singularity which should provide a pivot to review our views on the intellectual freedom and how differing perceptions of this freedom can be made to coexist.

I would like to approach the issue as a former student activist as much as a current student of one of the IITs and government servant that I am.

The IITs, like all other engineering colleges, have a very different perception of discipline from that practiced in a campus centred on liberal arts education. Engineering education aims to prepare engineers and the systems train students to follow laid down norms and procedures. There are even norms to change or amend these. This is in line with international engineering practice where standards and norms need to be followed by all; else there is a risk of hurt or even mass deaths.

Imagine the chaos if one were to change the way a plain 3-pin wall socket is wired. It’s just not done — period. Are engineering ecosystems static? Far from it. Engineering practices recognise the dynamism of invention and discovery, and believes in the possibility of disruption of all that existed since centuries as articles of faith. Engineering practice is a fine balance between the discipline to conform and ability to accommodate disruption. This nuance is not to be seen in liberal arts campuses as the two streams call for very different approaches.

Coming to IIT-Madras, the institute has released the following statement:

Student groups desiring to use the institute’s resources are required to be recognised and they are to follow guidelines prescribed by the Board of Students, which consists of all the elected student representatives. While IIT-Madras does not curtail freedom of expression of the students, it is expected that student groups adhere to these guidelines while conducting their activities… Normally, violation of these guidelines leads to temporary derecognition pending their presenting their stand to the Board of Students. In the present case also, the same procedure is being followed.

According to the guidelines, the student bodies are not allowed to use the institute’s name or any of its official entities in any capacity to “publicise their activities or garner support, without official approval”… It said the APSC had violated these guidelines while conducting its events.

It is an accepted practice the world over that if the name of a body or an institution is being used, then express sanction for it is taken. Those of us who are part of professional bodies routinely examine the requests to give permission to use their name (as every conference organiser would know). Would a news channel or a newspaper agree to lend their name to an organisation or a group for unfettered use?

So one finds that in IIT-M, there is a set of norms arrived at by the students themselves and that the authorities have temporarily derecognised the body until they submit their views. Such an approach can be considered fair and square, in line with the norms arrived at, before this incident happened and can’t be equated with the procedure of dispensation of justice in civil societies. Even in government’s Disciplinary & Appeal Rules, suspension many a time precedes serving of the chargesheet.

In the current case, the posters as read out in the news channels were clearly offending and could have created unrest. At the same time, the APSC have recourse to submit their views and can have their derecognition revoked. The institution has not barred the individuals their right to air their opinion, or organise themselves outside the campus or online.

If the institute’s administrators still feel that the APSC was at fault, then the organisation needs to submit to the discipline.

Furthermore, there was a point made by the APSC on a TV channel regarding CVC guidelines on taking cognisance of anonymous and pseudonymous complaints being not adhered to. It needs to be noted that vigilance inquiries are, by their very nature, very different from the current complaint. All ministries, the PMO, the President’s Office routinely receive hundreds of complaints every day and they are invariably forwarded to the department or organisation concerned for necessary action; this action can even include closing the complaint thereafter. Thus, the MHRD can’t be faulted for having forwarded whatever complaint they received as it had elements of factual and documentary evidence enclosed.

I would urge the channels and their prime time anchors to appreciate the discipline of engineering colleges. I am not sure if there are many news anchors who have been practicing engineers designing, operating and maintaining systems on which life and limb of people depend. They need to approach the issue with due sensitivity and shouldn’t prematurely take sides.

As mentioned earlier, academic campuses, in general, tend to be volatile. On 9 April, for example, a small altercation between the Faculty of Law and students of IIT-BHU on the sports field resulted in an ugly streetfight, leading to deployment of the PAC, lathi-charge and forced vacation of hostels. The incident left several hundred, by some reports, injured, female students harassed and campus peace seriously violated. Clearly, the authorities need to guard against such flare-ups that become nearly impossible to control like fires which extinguish only when they consume all that could burn.With the advent of social media, such caution is inescapable. Remember the whisper campaigns on social media which led to an exodus of people from the North East from Bengaluru in 2012?

I wonder if any ministry has an option of not forwarding a complaint with purported factual information adduced. I also wonder if the authorities had an option of not acting. I don’t hold a brief for IIT-Madras or the MHRD, but I wonder, if there were a repeat incident (as in case of Aaron Swartz), can the establishment act any different not just in India but even in other liberal democracies?