Explained: All The Legal Items That Amit Shah Proposed Regarding Article 370 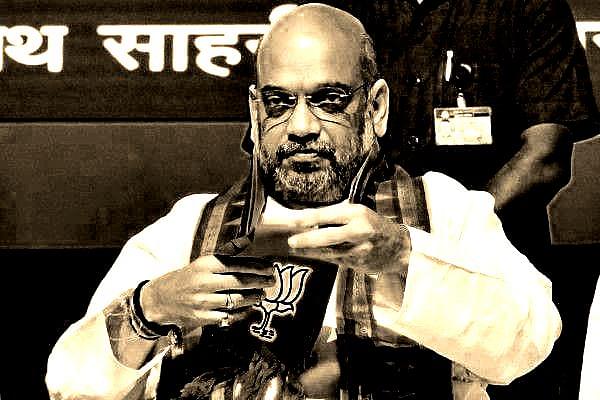 The repeal of Article 370 has been one of the topmost items on the totem pole of BJP’s Hindutva politics along with building of Ram Mandir and implementation of a uniform civil code throughout the country.

It’s a dream come true for millions of Indians as one of the major nationalistic planks has been delivered and how.

All in a couple of day’s work for Modi-Shah duo.

Yes, it didn’t happen in two days. It’s a culmination of struggle of seven decades. How did the Modi government do it?

It basically used Article 370 against itself and abrogated it. Here’s how:

Amit Shah introduced two bills, one resolution and tabled one Presidential Order regarding Jammu and Kashmir yesterday. So, four items in total:

Step 1: The 2019 President’s Order Removes 35A and all other special privileges to Jammu and Kashmir

Article 370, Clause 1(d): such of the other provisions of this Constitution shall apply in relation to that State subject to such exceptions and modifications as the President may by order specify: Provided that no such order which relates to the matters specified in the Instrument of Accession of the State referred to in paragraph (i) of sub clause (b) shall be issued except in consultation with the Government of the State: Provided further that no such order which relates to matters other than those referred to in the last preceding proviso shall be issued except with the concurrence of that Government

This 2019 order supersedes its predecessor - the 1954 order issued by the then President in concurrence with the then State legislature.

The 1954 order had given astonishing autonomy to the state of Jammu and Kashmir, most important and outrageous of them being:

a) bringing article 35A into existence which gave the Jammu and Kashmir legislature exclusive power to define permanent residents, give them special rights and privileges and impose restrictions on outsiders, put special conditions for state government employment, acquisition of immovable property, scholarships, government aid, etc.

b) adding a proviso to Article 3 of the constitution stating that no bill can be tabled in Parliament without consent of Jammu and Kashmir’s legislature if it deals with increasing or diminishing the area or altering the name or boundary of the State.

But the 2019 order did away with the whole 1954 order including the above two privileges.

Clause 2 of the 2019 order extends all the provisions of the Indian constitution to the State of Jammu and Kashmir.

Now, remember that the only condition mandated by Clause 1(d) of Article 370 to issue such an order is that it should be in concurrence with the government of the State (which at present is the governor).

So, this is perfectly legal and constitutional.

The 2019 Order has amended Article 367 of the constitution (which deals with general rules regarding the interpretation of the Constitution) to insert four sub-clauses which clarify that references to the ‘state government’ or ‘sadar-i-riyasat’ in the constitution will be construed as reference to the governor of the state.

Most importantly, the 2019 order, via Article 367, amends Clause 3 of Article 370 which allows the President to abrogate Article 370 itself.

However, so far, the condition was that President needed concurrence of Constituent assembly of Jammu and Kashmir. But that ceased to exist in 1956 itself. Hence, the temporary Article 370 had taken a permanent form.

Article 370 (3): Notwithstanding anything in the foregoing provisions of this article, the President may, by public notification, declare that this article shall cease to be operative or shall be operative only with such exceptions and modifications and from such date as he may specify: Provided that the recommendation of the Constituent Assembly of the State referred to in clause ( 2 ) shall be necessary before the President issues such a notification

Now, the 2019 order has facilitated abolishing of Article 370 by amending Clause 3 stating that reference to ‘constituent assembly’ will mean ‘legislative’ assembly of the Jammu and Kashmir’.

However, since there is President’s rule in the state, the powers of legislative assembly rest with both houses of the Parliament.

Given that the Jammu and Kashmir legislative assembly’s powers are with the Parliament, Amit Shah moved a resolution in both houses to recommend to President the removal of Article 370. It read:

That this House recommends the following public notification to be issued by the President of India under Article 370 (3): ‘In exercise of the powers conferred by Clause (3) of article 370 read with clause (1) of article 370 of the Constitution of India, the President, on the recommendation of the Parliament, is pleased to declare that, as from the date on which the President of India signs the Declaration and it is published in the Official Gazette, all clauses of the said article 370 shall cease to be operative except clause (1) thereof which shall read as under, namely:- ‘’All provisions of this Constitution, as amended from time to time, without any modifications or exceptions, shall apply to the State of Jammu and Kashmir notwithstanding anything contrary contained in article 152 or article 308 or any other article of this Constitution or any other provision of the Constitution of Jammu and Kashmir or any law, document, judgement, ordinance, order, byelaw, rule, regulation, notification, custom or usage having the force of law in the territory of India, or any other instrument, treaty or agreement as envisaged under article 363 or otherwise.

Essentially, the government used Article 370 (1)(d) to pass the 2019 order rendering the whole Article 370 itself obsolete and then passed a resolution in both houses to even remove the obsolete Article 370 and replacing it with a simple statement extending all provisions of Indian constitution to Jammu and Kashmir.

Step 5: The state is bifurcated

Amit Shah introduced the reorganisation bills in both houses of the Parliament to split the state in two UTs.

Post Script: It should be noted here that the government has cleverly amended Article 367 and added a completely new clause to it which changed the meaning of ‘constituent assembly’ with ‘legislative assembly’ in Clause 3 of Article 370 thereby paving the path for repeal of Article 370.

This has been done via a Presidential order rather than through Parliament as Article 368 mandates.

This will certainly be challenged in the Supreme Court.

However, even if the apex court strikes it down, the other parts of the 2019 Presidential Order still stand which have already extended all clauses of Indian constitution to Jammu and Kashmir.