Explained: The Land-For-Jobs Scam In Railways During Lalu Yadav’s Tenure And Why It Spells Trouble For The Yadavs 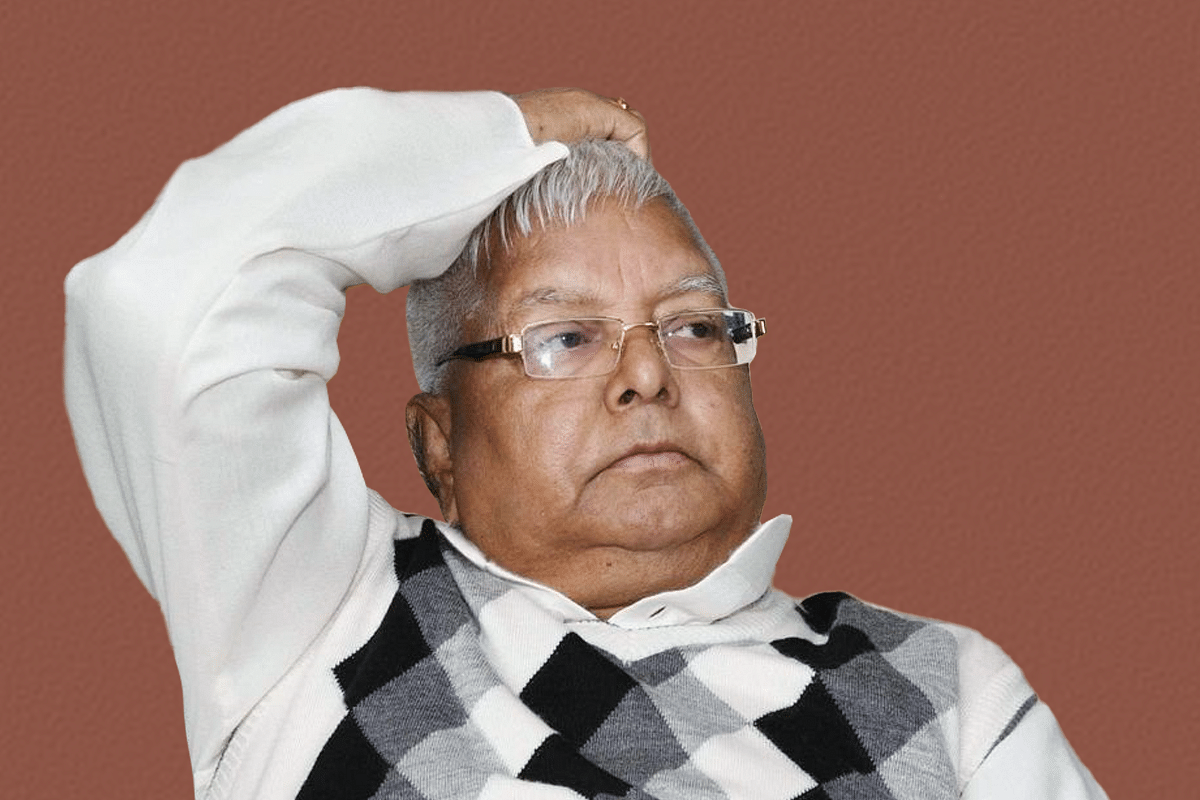 The unearthing of the land-for-jobs scam spells grave trouble for Bihar’s first political family--Lalu Yadav, his wife Rabri Devi, and their children.

The scam, top CBI officials told Swarajya, is mammoth and a lot of solid evidence about the involvement of the Yadavs and other Rashtriya Janata Dal (RJD) leaders has been found.

A total of 1,458 people, mostly residents of Patna, were appointed to Group D posts in various railway zones during Lalu Yadav’s tenure as Railway Minister (2004-2009) in violation of all norms and procedures.

These appointees virtually gifted away the lands they owned to the Yadavs, a company controlled by the Yadavs, and some other RJD leaders.

The land parcels were ‘sold’ at a fraction of the market value to the Yadavs and others in return for the illegal appointments.

The CBI has been carrying out a number of raids since last month on the residences and business premises of RJD leaders and has gathered “a mountain of evidence” against the beneficiaries of the huge scam.

One such evidence--and this can land Lalu Yadav’s son and Deputy Chief Minister Tejashwi Yadav in serious trouble--is a hard disk from a computer that has the list of the 1,458 illegal appointees in the Railways.

The list, forensic evidence has reportedly revealed, was prepared by Tejashwi Yadav. His involvement in the scam is being established, and once more evidence is gathered, the CBI will proceed against him.

The CBI has started meticulously verifying the list of the 1,458 illegal appointees and the land parcels they ‘gifted’ to the Yadavs and others in lieu of their jobs in the Railways.

So far, the CBI has found conclusive evidence in seven of the cases. The CBI will be requesting the Railways to provide details of all the 1,458 persons who were appointed as ‘substitutes’ in Group D posts and their appointments were subsequently regularised.

In blatant violation of norms, the posts were not advertised and applications were not sought for them. All this happened during the UPA-1 regime.

The CBI has so far recovered 200 land sale deeds from the residences and business establishments that it has searched since last month.

Earlier this week, the CBI raided 25 different premises in Delhi, Gurugram, Patna, Madhubani and Katihar, including a mall that’s under construction in Gurugram where Tejashwi Yadav allegedly has a large stake.

The residences of RJD leaders Ashfaq Karim, Faiyaz Ahmed, Sunil Singh and Subodh Rai were also searched and a lot of incriminating evidence have been reportedly recovered from there.

According to the CBI, apart from Lalu Yadav, his wife Rabri Devi, son Tejashwi and daughters Misa and Hema have received the gifts of land parcels from the people who were given jobs in the Railways.

CBI officers said that a number of residents of Patna who were given jobs in the Railways in Kolkata, Mumbai, Jaipur, Jabalpur and Hazipur themselves, or through their relatives, sold the land they owned in Patna to the Yadavs at throwaway prices that was a fraction of the prevailing market rates.

The CBI has so far found that 105,292 square feet of land and some other immovable properties were gifted to the Yadavs in this manner through five sale deeds and two gift deeds.

“But this is only what we have found in just seven of the 1,458 appointments. A lot more will be unearthed as we investigate the remaining 1,451 appointees and what they had given to the Yadavs and other RJD leaders,” said the senior CBI officer.

Of the 1,458 who were illegally appointed in the Railways, the seven investigated by the CBI have revealed:

“These are just seven of the 1,458 illegal appointments we have investigated so far. All the appointees, we suspect, sold plots of land at measly prices to the Yadavs and other RJD leaders or simply gifted the lands to them,” said the CBI officer.

"We have just uncovered a small portion of this huge scam. This will become the biggest scam to have hit Bihar so far, much bigger than even the fodder scam,” officer added.

Why the Yadavs should be worried:

There is more reason for Lalu Yadav and his family to be very worried. That’s because of the arrest of Lalu’s closest aide Bhola Yadav by the CBI on 27 July for his involvement in the land-for-jobs scam.

Bhola was the Officer on Special Duty (OSD) to Lalu when the latter was the Railway Minister between 2004 and 2009. According to the CBI, Bhola facilitated the illegal appointments and the transfer of land to Lalu and his family by the appointees.

Bhola Yadav signed as a witness in over 40 land transactions between the appointees or their relatives and Lalu’s family.

Bhola is Lalu’s most trusted aide and has handled the senior Yadav’s matters for the past two decades. As such, Bhola has been privy to all the alleged misdeeds of Bihar’s first political family.

Lalu Yadav and his family would be worried about Bhola spilling the beans to the CBI during any intensive interrogation.

But, say CBI officers, Bhola’s ‘confession’ is not really required to nail the Yadavs.

“There is a huge lot of evidence, and this evidence is only mounting now, against Lalu and his family members. That is enough for the indictment by courts,” said the CBI officer.

Also Read: As evidence piles up against RJD leaders in land-for-jobs scam, Nitish Kumar will land in a tough spot