Explained: Why Mamata Banerjee’s Claims Of Being ‘Attacked’ Seem Hard To Believe, And Why It Could Be A Move To Put EC On The Defensive 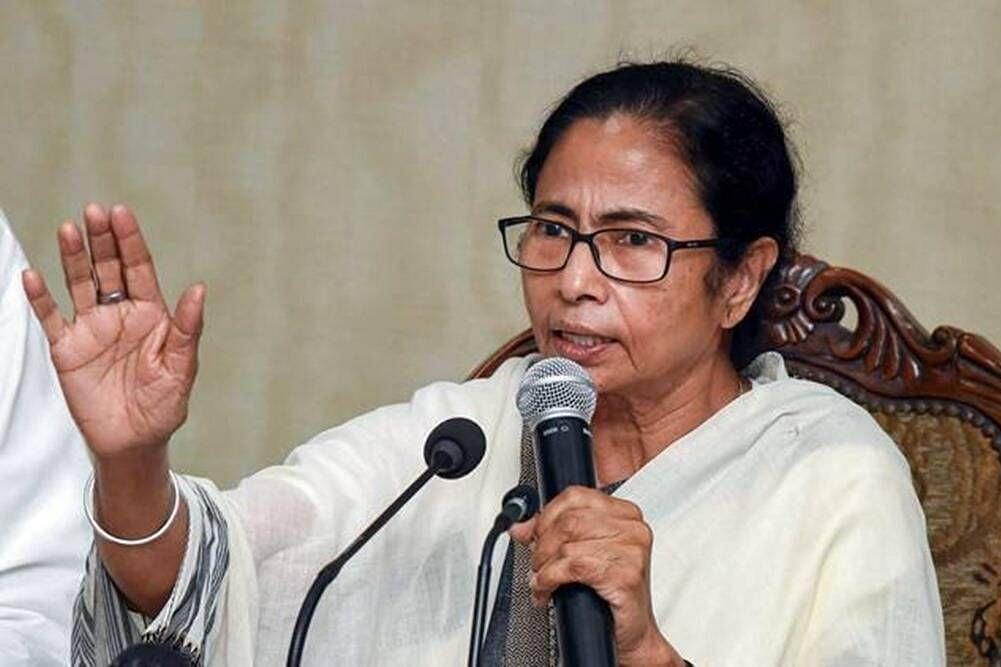 On Wednesday evening, West Bengal Chief Minister Mamata Banerjee, who has fielded herself from Nandigram in order to take the battle to her former minister Suvendu Adhikari’s turf, made the dramatic claim of being attacked by a group of people.

She said she was pushed and the door of her car slammed, as a result of which she sustained injuries in her feet and chest.

She also alleged that no policemen were around when the ‘attack’ happened.

It is hard to believe that Banerjee, who enjoys Z Plus security, would have no policemen around and that too during such a high-voltage campaign.

Eyewitness accounts suggest that the door of her vehicle was open when it started moving at a slow pace. Mamata Banerjee had just come out of a temple — she is on a temple-visit spree at present — and got into her car.

Since there was a moderate crowd gathered there, Banerjee (as per eyewitness accounts) wanted to greet the people. There was a bit of jostling by the excited crowd and the door of the car closed, slamming her feet.

While there is no video-recording of the alleged attack, the first visuals played on some television channels shows Mamata Banerjee holding her head with a towel.

It is difficult to imagine how a person who has hurt her leg would be holding a towel to her head.

She appeared to be dazed and agitated while speaking to television channels immediately after the alleged attack. She said she has sustained injuries in her chest and shoulders and she was breathless. She also said she was feeling feverish.

However, the only injury she apparently sustained was a minor one in her feet.

“I am very confident that she was simply staging a drama. She was pretending to be out of breath and in pain, but having attended to and treated thousands of trauma victims, I can say with complete confidence that she was neither in great pain, nor was she traumatised,” said a renowned orthopaedic surgeon attached with a prominent government healthcare facility in Kolkata who did not want to be named.

Banerjee's charge about no policemen being around her seems feeble as well. There is no way, top police officials told Swarajya, that there would have been no policemen around her.

“She has a few layers of security and they were very much there. Television visuals show her surrounded by personnel of her inner security ring. They are always there and it is impossible that they had suddenly abandoned her,” said a senior officer posted at the DGP’s office.

An IG-ranked officer who gathered a few details of the incident from his juniors in Purba Medinipur district (where Nandigram is located) told Swarajya: “Apparently, she had just got into her vehicle and her left foot was out. She asked the driver to start moving slowly because she wanted to get closer to a group of people gathered there and greet them. She had perhaps intended to get down from her vehicle again after getting near them. But seeing the jostling crowds, someone from the inner security ring pushed the door of the vehicle shut without realising that her left foot was still on the foot step of the vehicle”.

Multiple sources in the top rungs of the police and state administration that Swarajya spoke to asserted that Mamata Banerjee only injured her foot and no one pushed her as she had alleged.

They also rubbished the charge that there were no policemen present, stating that it is impossible that policemen would not be present when a chief minister is visiting a district.

Immediately after the incident, and as if on cue, Trinamool seniors started linking the alleged ‘lack of security’ to the transfer of director general of police Virendra.

But the Trinamool, fearing more large-scale transfers of its favourite officers who are in key posts and in a position to influence the polls, wants to put the EC on the defensive. Hence, the loud chorus of allegations that the EC’s actions had put the Chief Minister’s life at risk.

The entire series of events also reveals Mamata Banerjee’s nervousness. “She knows that she will lose the polls. That is why she has staged this drama to garner public sympathy,” said a senior BJP leader.

Political analyst Rudra Sengupta agrees: “This drama is a strong sign that Mamata Banerjee fears she may lose the polls. That is why she is indulging in all these tactics to gain sympathy. A politician who is confident of winning will never stage such a drama”.

Also, this is not the first time that Mamata Banerjee has alleged an attack on her. She had done this many times during the Left Front rule in Bengal.

She has frequently alleged, often in a very dramatic fashion, that her life is under threat. And she has done it whenever she had sensed flagging public support.

No one can accuse Mamata Banerjee of not having a good feel for the pulse of the people. Her political acumen is strong and she knows which way the wind is blowing, say her supporters and critics.

Visuals of Mamata Banerjee lying on a hospital bed with her feet plastered would, the Trinamool supremo believes, be able to turn the tide in her favour and gain her widespread public sympathy.

However, the script can also go horribly wrong. Especially since there is a growing trust deficit between Mamata Banerjee and the people of Bengal.