Faced With Uncertainty And Dissension, A Desperate Hemant Soren Resorts To Brinkmanship In Jharkhand 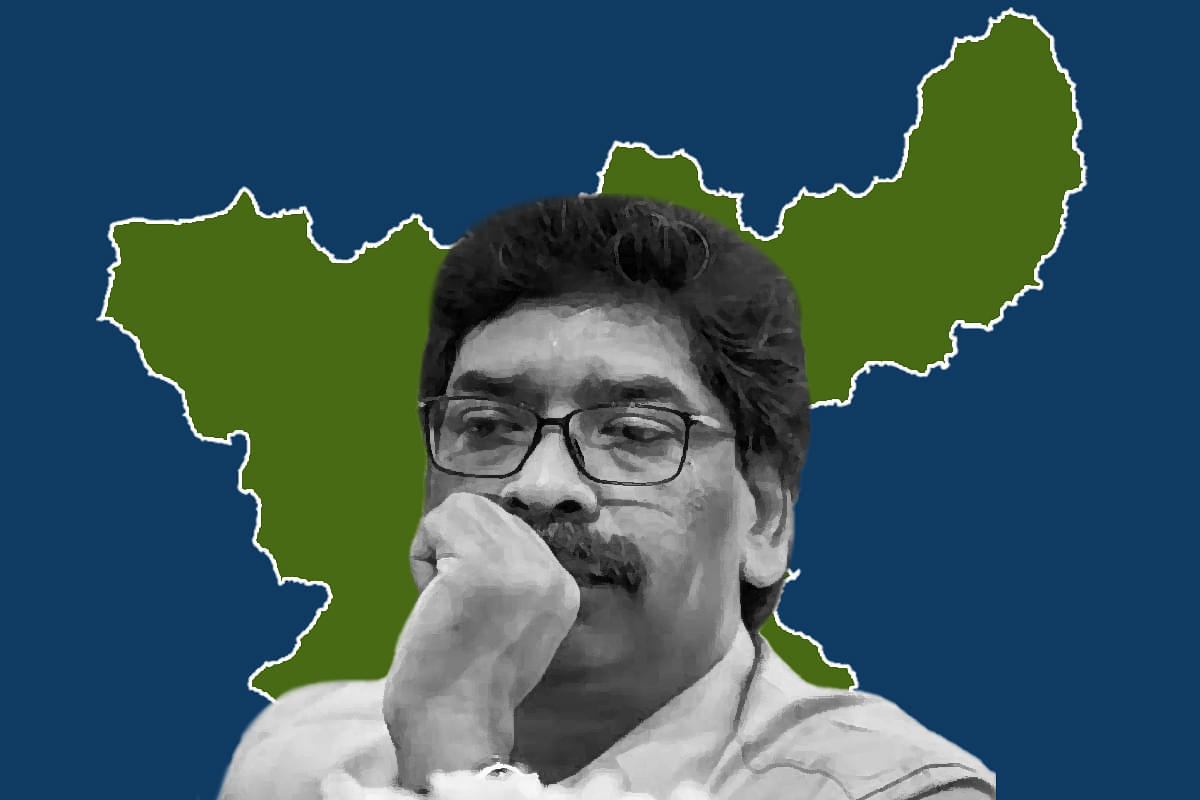 Jharkhand Chief Minister Hemant Soren, whose fate over the ‘office of profit’ charge hangs in balance, is also facing a lot of trouble from within the restive Jharkhand Mukti Morcha (JMM)-Congress-Rashtriya Janata Dal (RJD) alliance in the state.

This has made a desperate Soren to turn to perilous populism which, he feels, will safeguard his position.

Soren pushed forward two contentious bills in a cabinet meeting on Wednesday (14 September) even though he knew that they would not stand judicial scrutiny.

One bill makes 1932 the base year for grant of domicile status to residents of Jharkhand while the other enhances reservations for tribals, backward castes and economically disadvantaged to 77 per cent.

The two bills will be introduced in the next session of the assembly and then sent to the Union government for ratification.

The ‘Jharkhand Definition of Local Persons and For Extending The Consequential, Social, Cultural and Other Benefits To Such Local Persons Bill, 2022’ lays down 1932 as the base year for grant of domicile status in the state.

That means that only those who can prove that their forefathers lived in Jharkhand (which was part of Bihar before being granted statehood in November 2000) will be eligible to get state government jobs and avail other state benefits including social welfare schemes.

The draft bill states that only those whose family names can be found in the khatiyan (land records) of 1932 or in other land survey settlement records before that will be eligible for domicile status in Jharkhand.

Present-day descendants of those who were landless in 1932 or did not have their names in the 1932 khatiyan will have to get certificates from the gram sabhas (village councils).

The gram sabhas will be empowered to issue such domicile certificates to individuals based on their “language and customary traditions”.

The bill will render a huge section of residents of the state non-domiciles and will make them ineligible for jobs and other benefits.

Also, say Jharkhand officials, the 1932 khatiyan, prepared during British rule, is sketchy and full of errors.

The 90-year-old records are in tatters and do not list even half the residents of the region that makes present-day Jharkhand.

The entire area (of present-day Jharkhand) was part of the Bengal Presidency till 1905, and then was part of the Central Provinces before being assigned to Eastern States Agency in 1936.

All these changes led to a lot of administrative disorder and chaos, and very few records survive from the pre-Independence days.

The last Bharatiya Janata Party (BJP) government had framed a domicile policy in 2016 which laid down 1985 as the base year for determining domicile status for residents of Jharkhand.

But the Jharkhand High Court had, in September 2020, struck down the policy.

The court had cancelled the recruitment of thousands of teachers and government officials on the basis of that domicile policy and termed the policy a violation of human rights.

The domicile issue is a highly contentious one in Jharkhand and many agitations have been held over the issue.

The state’s first chief minister Babulal Marandi (of the BJP) had passed a law in 2002 making 1932 the base year for determining domicile status.

That led to widespread violent protests and the Jharkhand High Court had junked that law earlier.

Chief Minister Hemant Soren had himself said during the budget session of the state assembly that making 1932 the cut off year for granting domicile status would not be “legally maintainable”.

He drew a lot of flak from his partymen and supporters for that statement.

BJP leaders told Swarajya that this move was a “cheap political gimmick” by Soren.

“The chief minister knows very well that this will once again be struck down by the court. He is just taking the people of the state for a ride and creating a divide between tribals and non-tribals,” said a senior BJP leader.

The other draft bill approved by the cabinet on Wednesday is also destined to be declared a violation of the Constitution by the courts.

But many courts in India have struck down attempts by other states to reserve jobs or seats in educational institutions beyond 50 per cent. And the latest attempt by Jharkhand is also expected to meet the same fate.

“The Chief Minister knows very well that the courts will nullify his attempt to increase quotas. But he still went ahead because he was desperate to secure his shaky position," said the BJP leader.

"He thinks that by indulging in such desperate populism, he will be able to win people’s support. But he is wrong. People of Jharkhand are not fools.”

JMM sources admitted that the Chief Minister is well aware of the legal challenges that the two bills will face.

“But if the two are struck down by the courts, he can always tell the people that he tried to fulfil their demands but was prevented from doing so by the judiciary,” said a JMM leader.

But that’s a diabolic move dictated by Soren’s desperation to gain public sympathy. He is on a sticky wicket.

If, as is widely speculated, the Election Commission has recommended his disqualification from the assembly for holding a stone chip mining lease, Soren wants to leave a legacy.

A legacy, that he wishes, will ensure his re-election at a future date and a subsequent return to the chief minister’s post.